Best of the Best Ramen

A Japanese major publisher, Kadokawa Shoten, has published “Best of the Best Ramen” --a multilingual guidebook on ramen shops across Japan. The book is written in five languages—Japanese, English, Simplified Chinese, Traditional Chinese and Korean.

The handy guidebook, published on November 21, covers a total of 203 ramen shops. One of the best-known ramen magazines in Japan, Ramen Walker, from the publisher Kadokawa collaborated with the world's largest word-of-mouth travel site, TripAdvisor, to release the book.

The shops in the book are recommended by nine ramen experts and journalists. They include Takeshi Yamamoto, editor of the online ramen information channel Ramen Magazine, who “has eaten 15,000 bowls of ramen at 10,000 shops” in all the 47 prefectures. An American ramen blogger living in Japan, Brian MacDuckston, who operates the YouTube channel Ramen Adventures, is also among them.

The guidebook highlights 20 “legendary” ramen shops that it says are “must-visit.” Those shops have racked up wins in the Ramen Walker Grand Prix that decides Japan's best ramen through ramen experts and readers' votes. It also introduces 157 recommended shops by prefectures from Hokkaido in the north to Kagoshima in the south. Its popular shop rankings chosen by foreign travelers show you which Japanese ramen is loved the most by people from your country.

The six ramen columns in the book are also helpful especially for foreign tourists who are ramen beginners. With pictures and illustrations, they show readers how to order and eat ramen and tsukemen noodles (Tsukemen is the type of ramen eaten by dipping noodles in a separate bowl of soup) .

Different icons in the shop data section help readers quickly learn what ingredients are used in the ramen and whether it is halal-certified or not so they can easily find a good one for themselves.

The book is available at major bookstores in Japan. The price is 1,700 yen excluding tax. 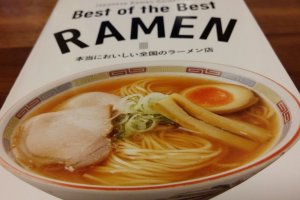 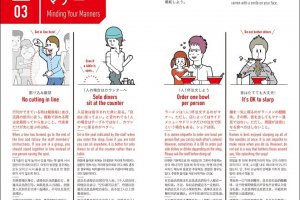 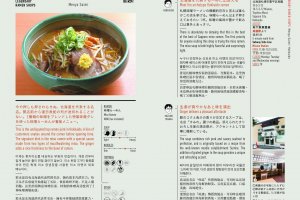 Kim B 2 months ago
That's my kind of guide! Looks great!
Reply Show all 0 replies

Sherilyn Siy 2 months ago
Finally in English! I always see ramen guides and ramen magazines in bookshops and I feel discouraged that they're inaccessible to me due to the language. But finally, a guide in English! Thanks for sharing.
Reply Show all 0 replies

Lynda Hogan 2 months ago
There are so many Ramen guides its hard to decipher which one really does "guide" the best, great to know about the best of the best, it really does look like one of the better ones. :)
Reply Show all 1 replies

Shinobu Ishikawa Author 2 months ago
Thank you, Lynda-san! The problem is that it's hard to find the best "ramen" guidebook for everyone as what's the best is different for each person.
Reply
4 comments in total