Olympics to Go on Without Fans

No fans from abroad at the Olympic Games

According to an official report by Kyodo, the postponed Olympics Games will indeed be held in Tokyo this summer from July 23 to August 8. However, spectators will not only be limited to facilitate smaller crowds but fans from abroad will not be allowed to spectate at the games live.

This decision comes from the Tokyo Government and IOC and after talks and fears from another COVID-19 cluster occurring. Tokyo, which was under lockdown until March 21, 2021, has kept relatively low numbers of coronavirus deaths (numbering around 7,700). By keeping the Olympic Games closed to foreign spectators, tracking any blooms easier and takes the health and wellbeing of the athletes into higher consideration.

An official announcement regarding crowds came from the Tokyo government and IOC on March 21st. The exact number of permitted spectators at each venue confirmed sometime in April. It may make for a slightly ghostly scene at this year's Olympics but the health of the athletes is paramount to the IOC.

The Olympic torch ceremony will also be largely unattended by crowds of fans as it starts its trek from Fukushima on March 25, 2021. 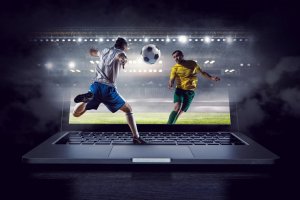