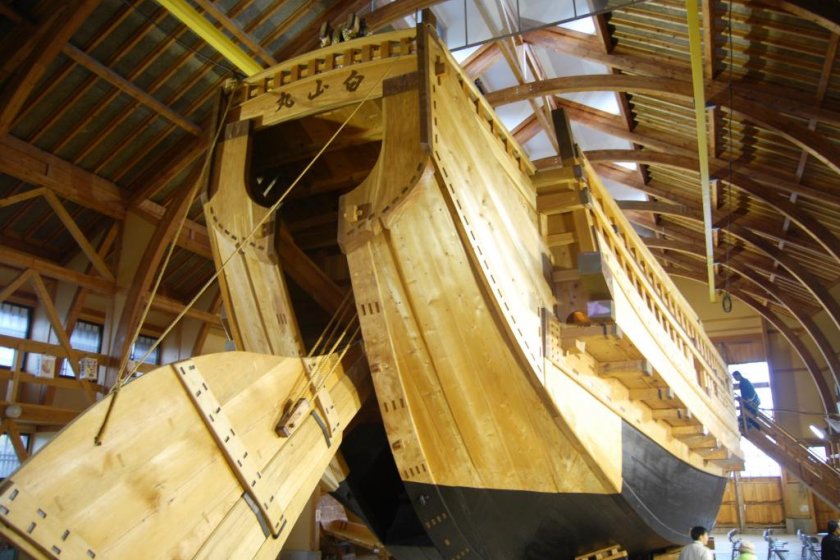 Replica of the "sengokubune" fright ship, which set's sail in front of the hall during festivals

A charming 1920s schoolhouse, located near Ogi Town, was preserved from demolition by converting it into a folk museum. Most of the previous classrooms are now full from the floor to the ceiling with folk items. The purpose of some of these items from the old days can only be guessed by us modern people.

This schoolhouse got lucky but there are so many other old school buildings in the Japanese countryside that were closed due to a lack of children and that gradually fall apart.

Here in the old Ogi school house, now Folk Museum, there are over 30,000 exhibits of all sorts of daily-life objects that were donated by villagers. There are many kitchen utensils as well as agricultural, fishery and carpentry tools and farming equipment of old times. Items seem to be from the Meiji, Taisho and early Showa eras. One classroom was preserved to give you an experience of school in the old days here.

A replica of a 19th century freight ship sits in the hall of the Ship Museum, which used to be the sports hall of the school. There I had a closer look at the carpentry skills required to build such a masterpiece. Shipbuilders lived and worked in the nearby village of Shukunegi which rose to shipbuilding fame in the 17th century.

Gold and silver was found then in the Aikawa District of Sado Island, which led to Sado Island's very own “Gold Rush”. The Tokugawa Shoguns were quick to get the mines under control and to set up a system of mining management and transportation back to their capital in Edo, now Tokyo.

Ships like the one on display in the Ogi Ship Museum sailed from port to port around the Sea of Japan trading various local ware, such as rice, for other products. Captains also brought home pottery from distant places in Japan, and some examples of these pottery items are also shown.

Today the ship is dragged out of the building once a year and sail is set at the annual festival in Ogi Town. The ship’s keel doesn’t feel the water anymore but instead it revels in Ogi’s festival frenzy. 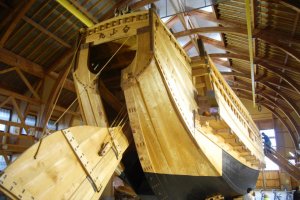 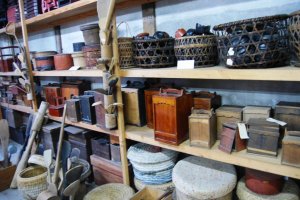 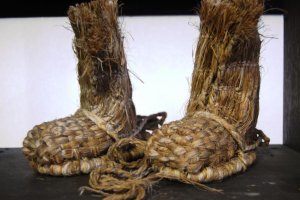