The oldest of all Hachiman shrines in Japan 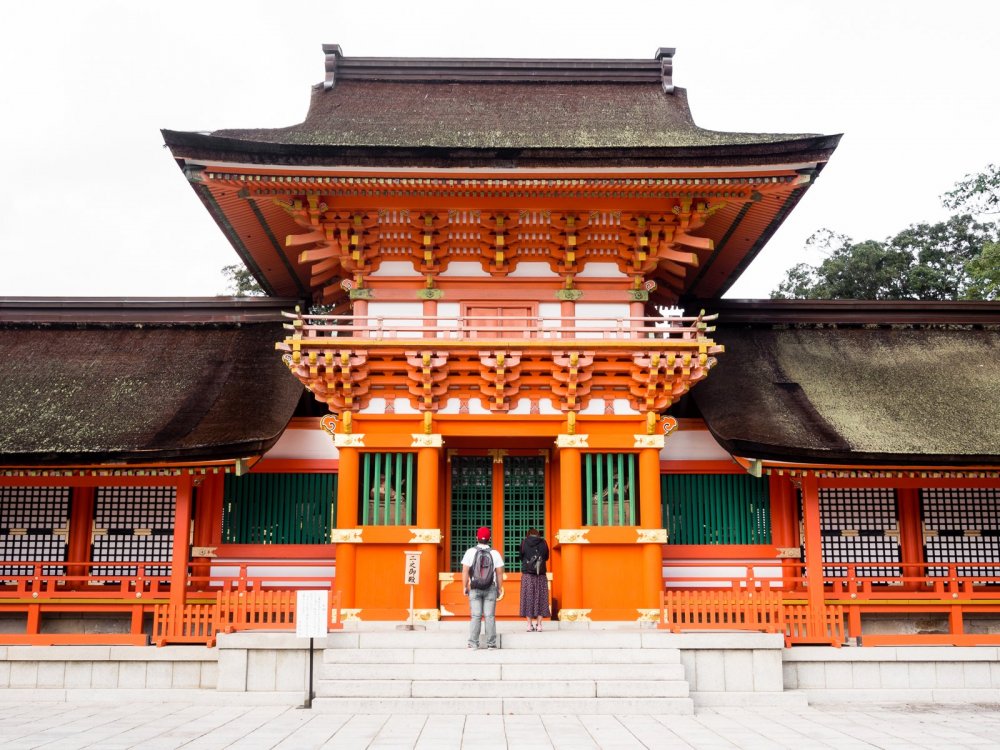 Usa-jingū is one of the most important shrines in Japan 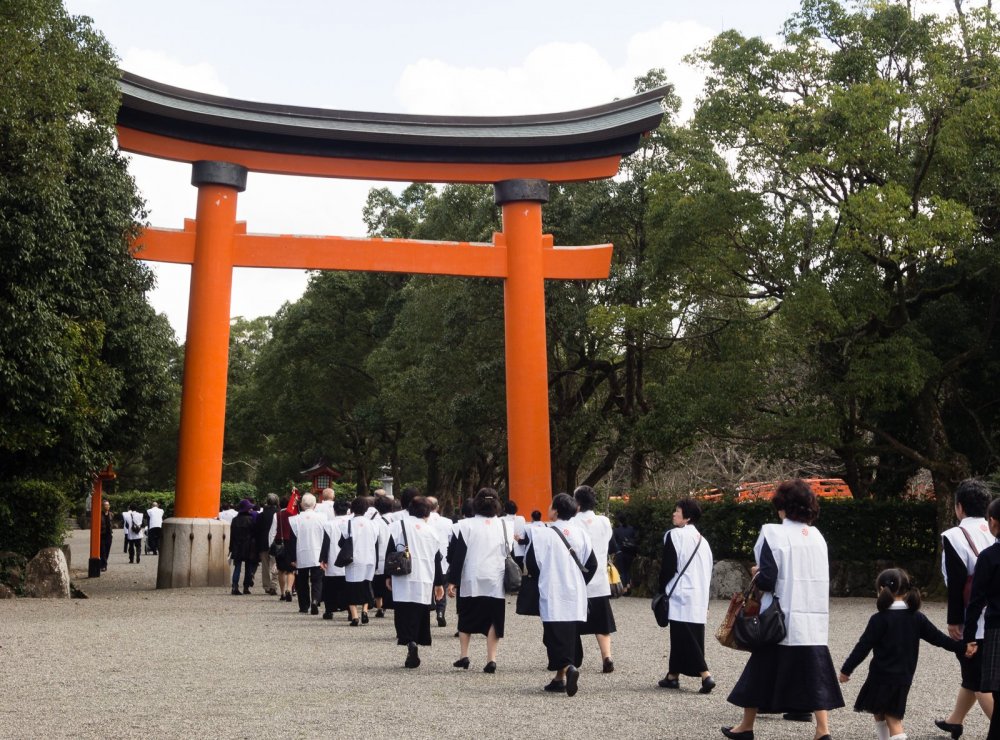 Group of Japanese pilgrims passing under the first torii; there will be many more gates ahead 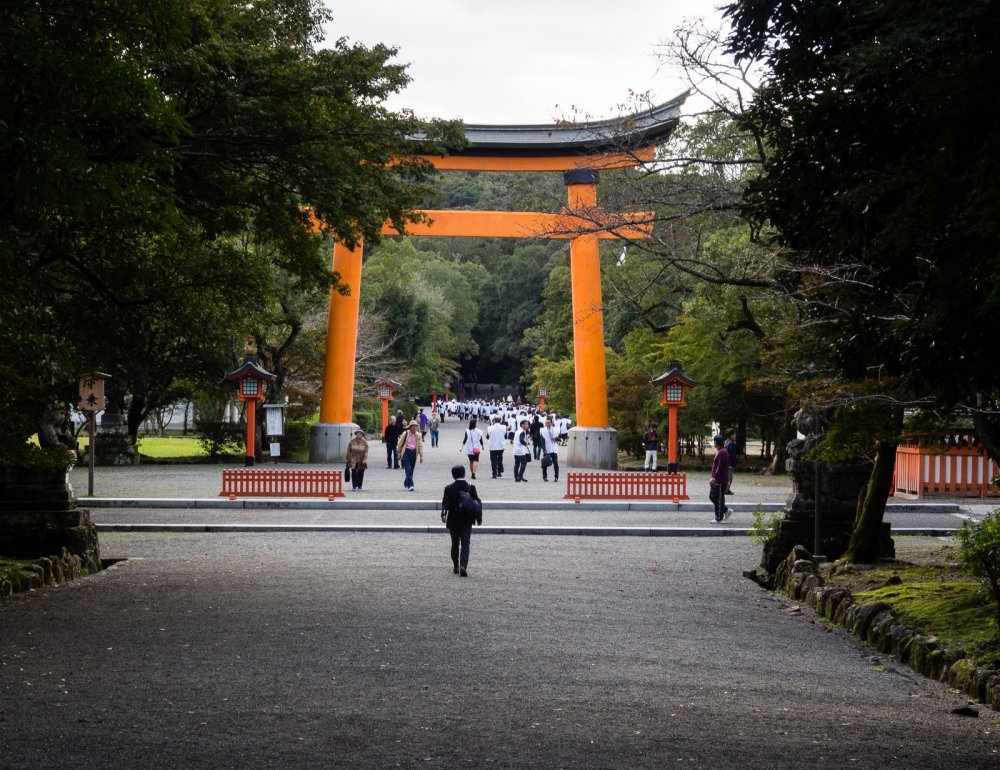 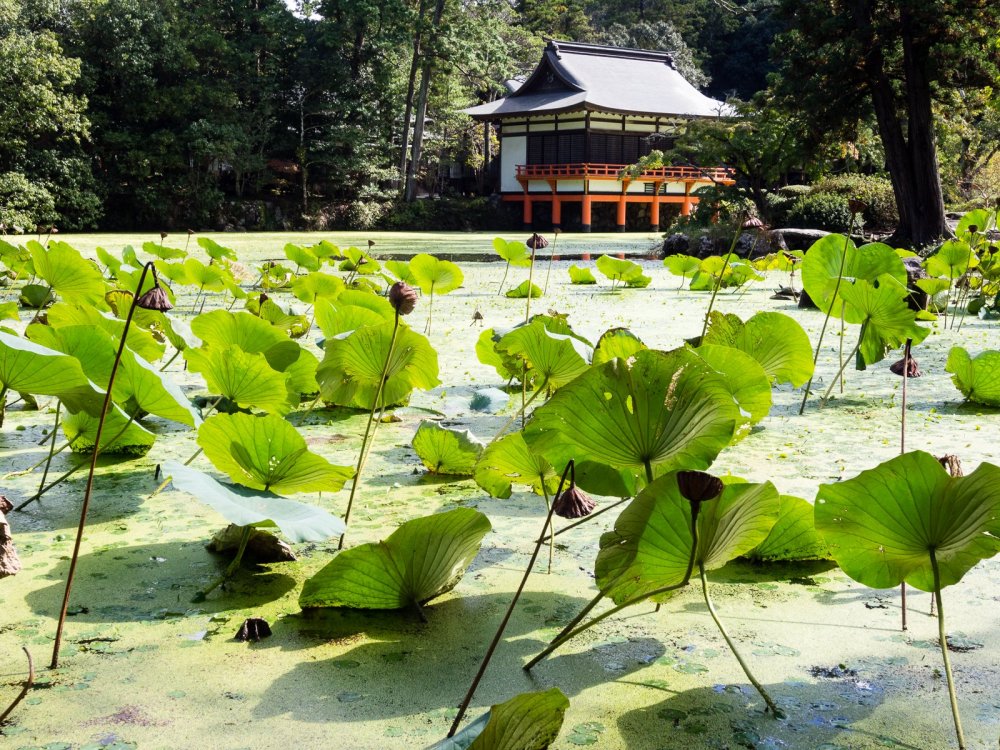 Lotus pond (the blooming season is in August) 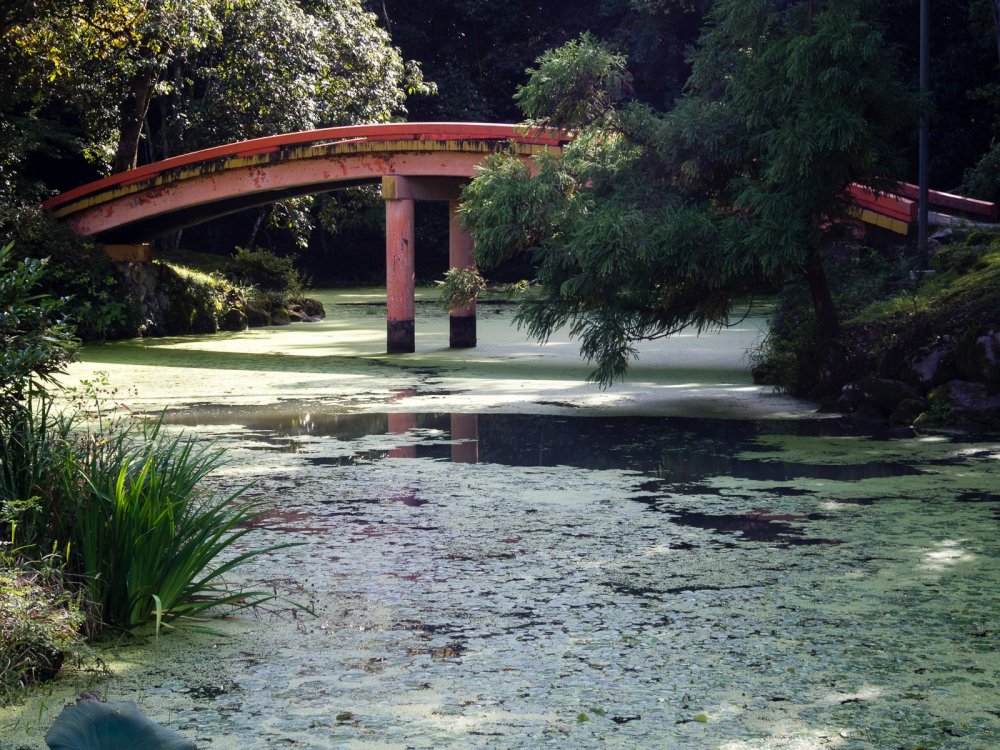 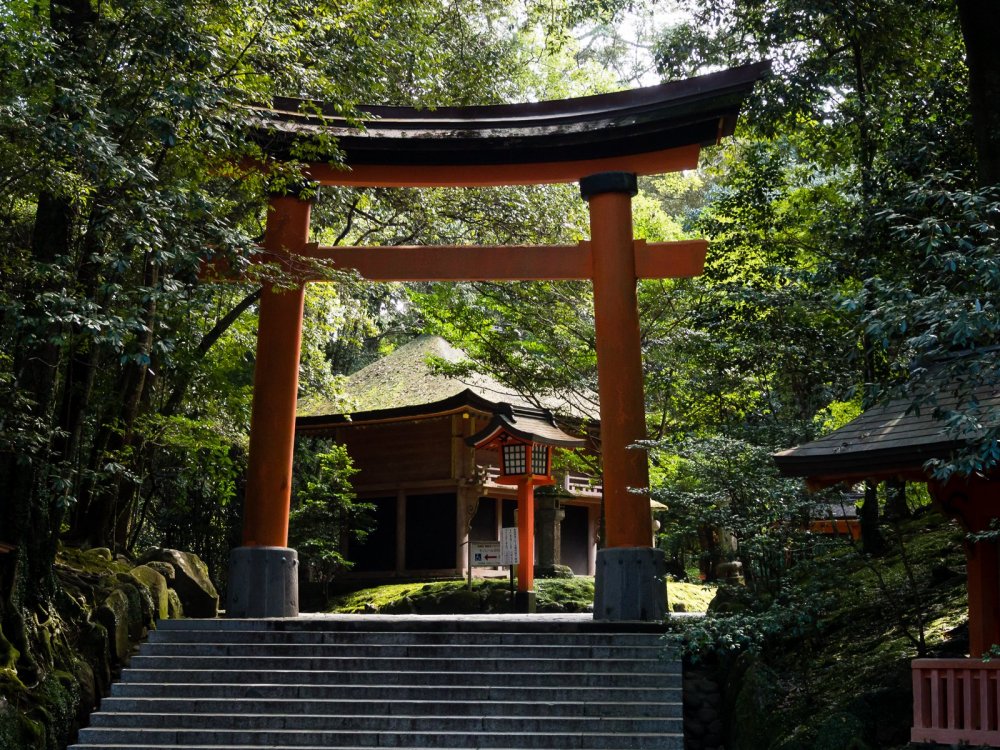 Torii leading to one of the side structures 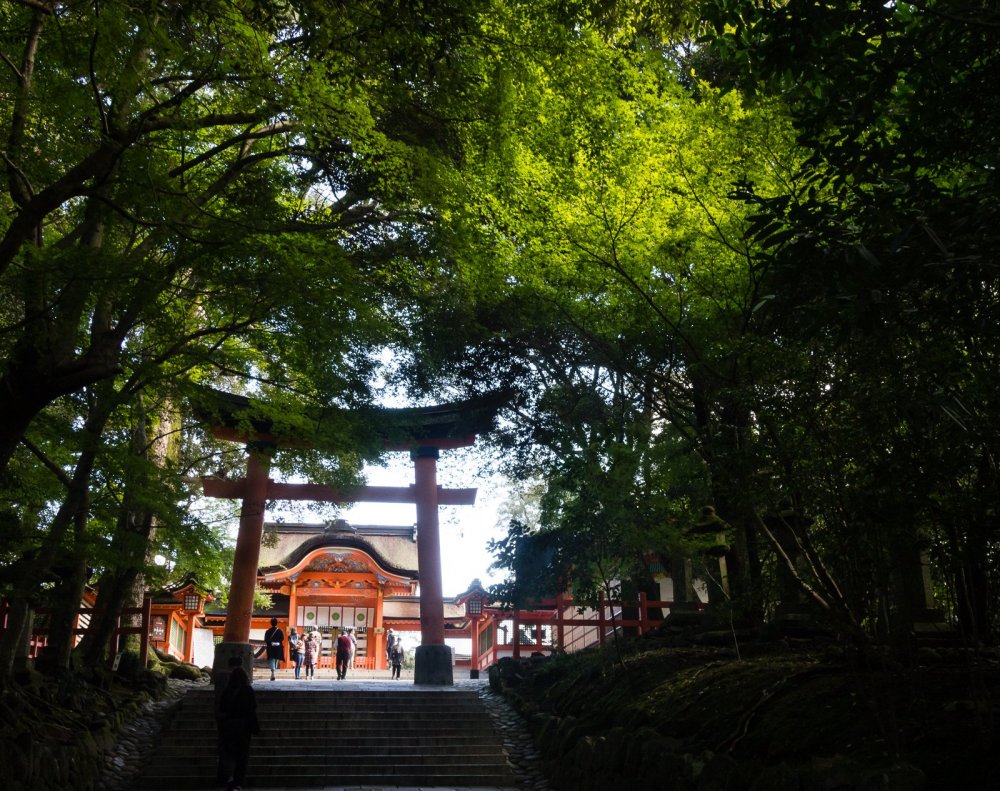 And now I'm climbing the set of stairs leading to the main shrine; another torii 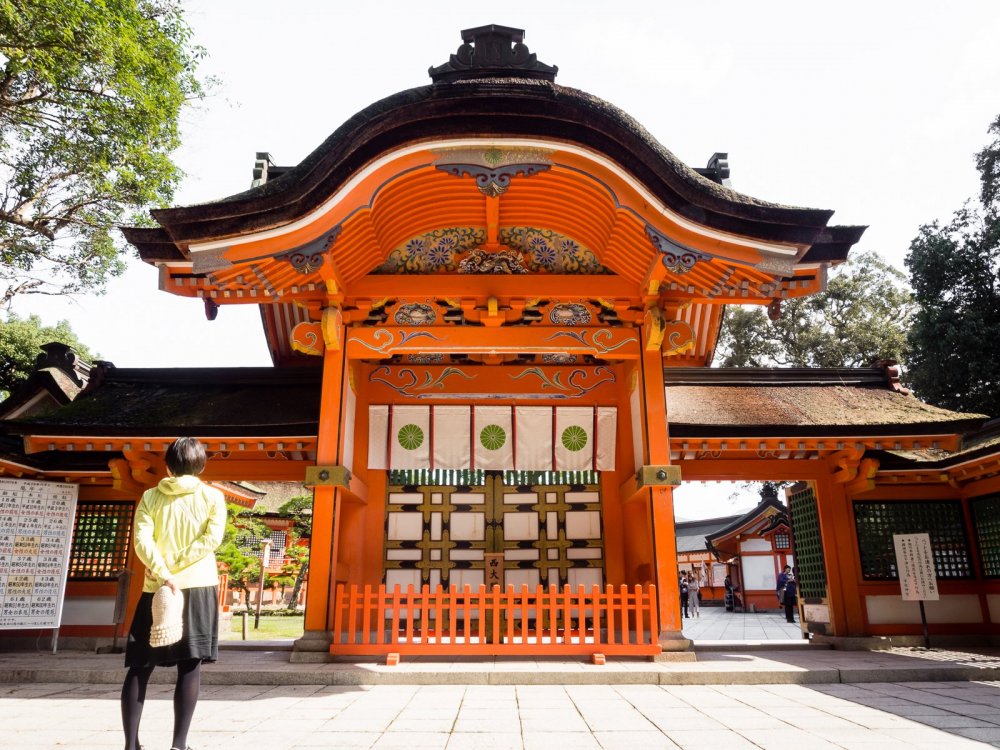 Entering the shrine's courtyard through the West Gate 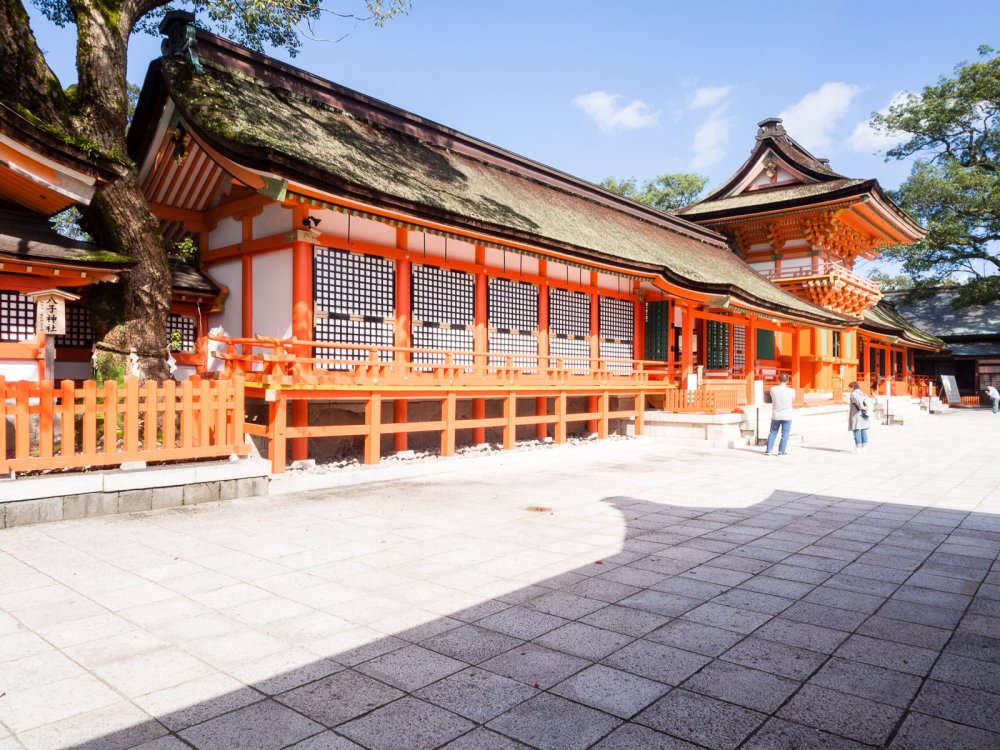 Open space in front of the shrine complex 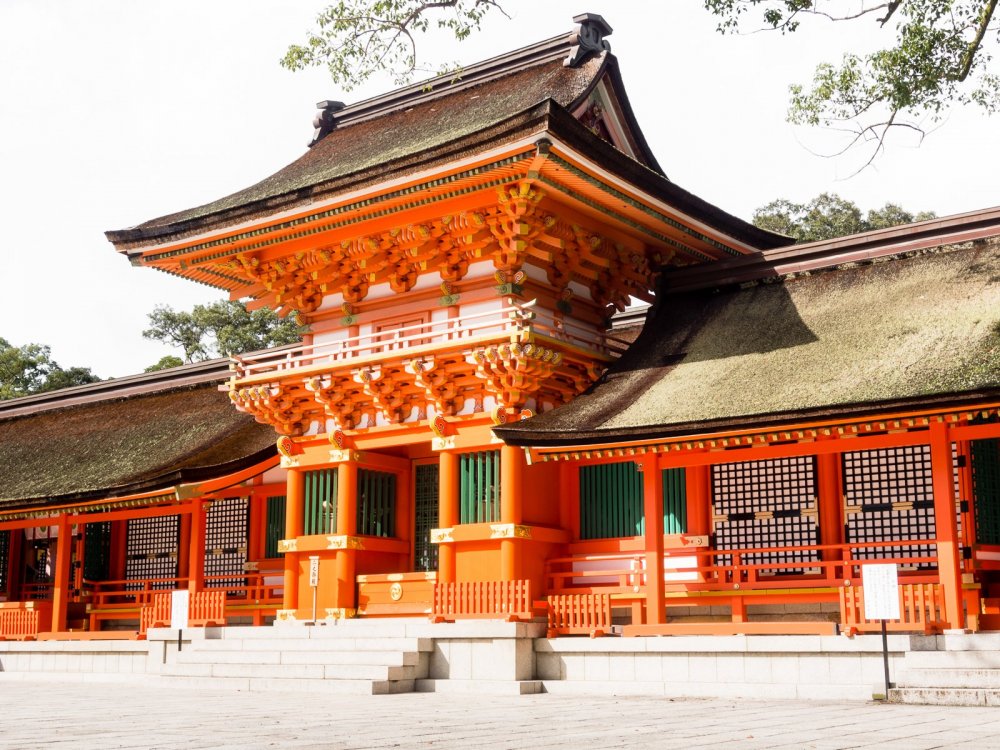 This imposing structure is, actually, also a gate; but this is as far as anyone can go, so we can think of it as the shrine's facade 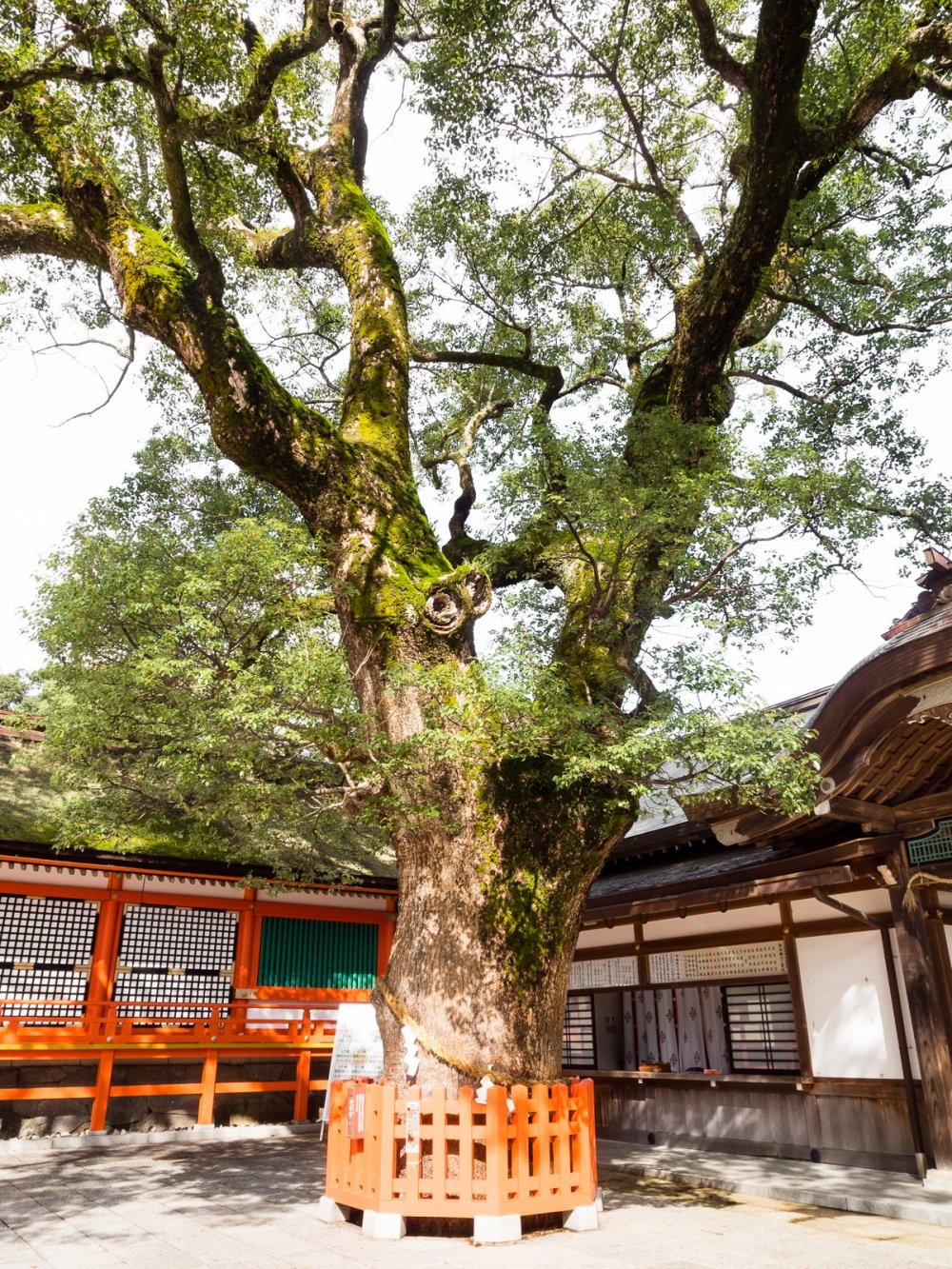 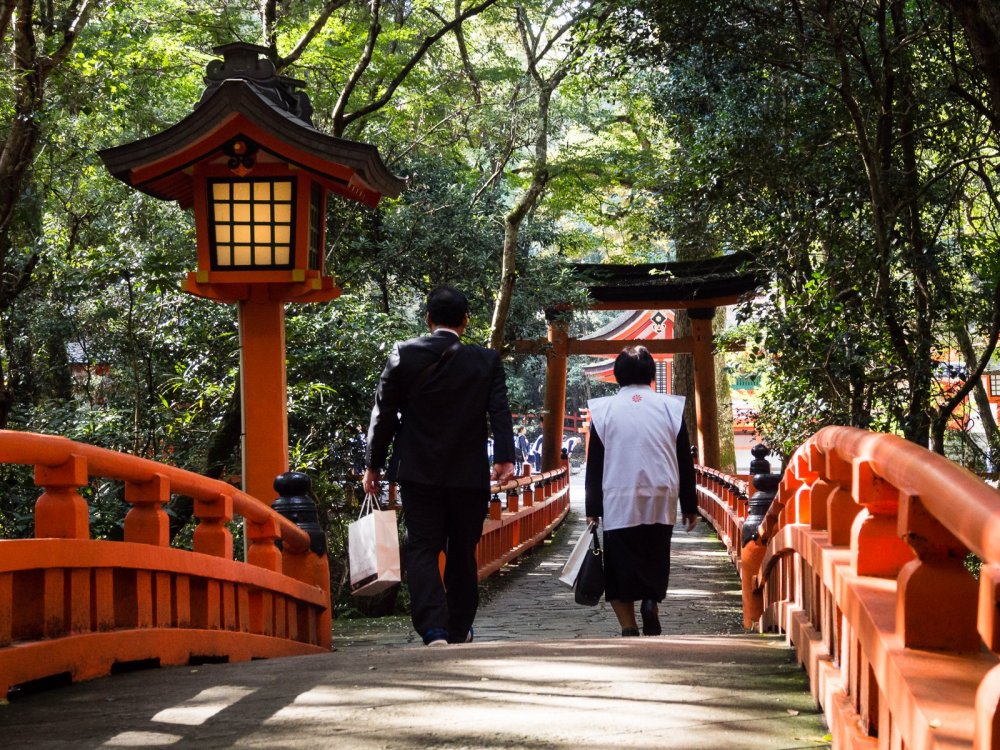 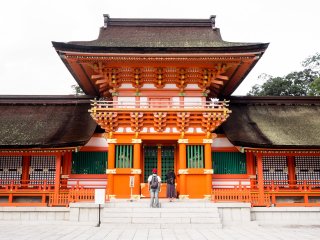 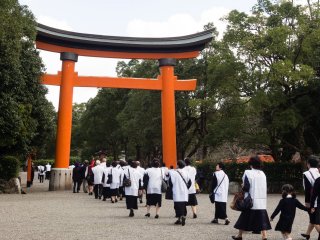 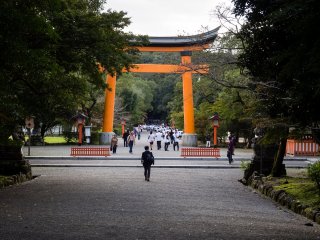 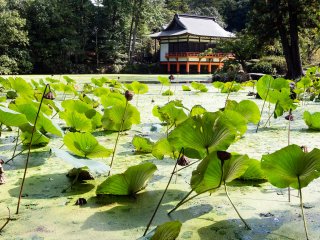 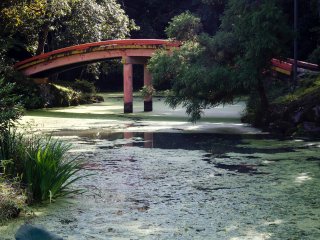 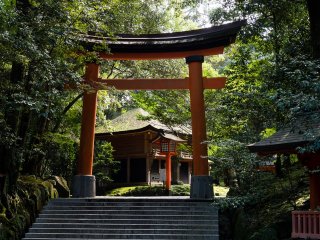 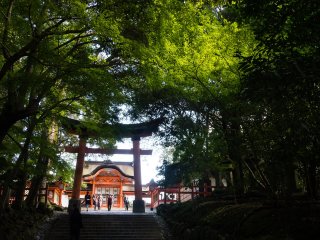 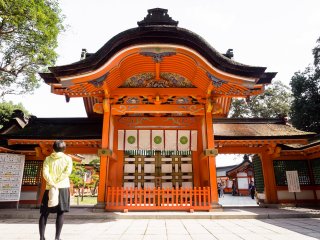 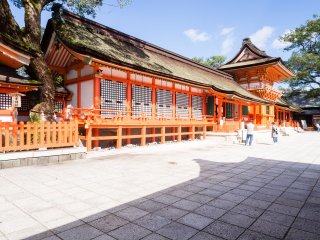 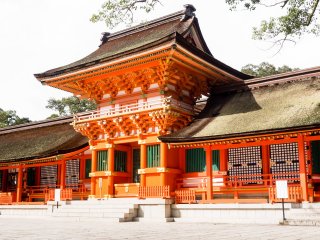 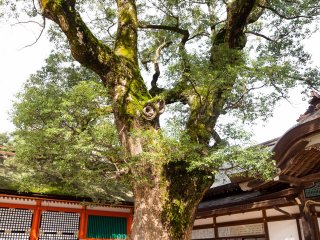 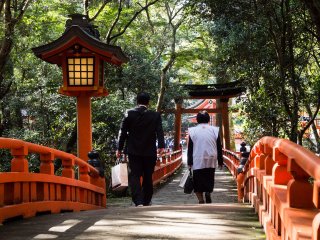 One of the oldest and most important shrines in Japan, Usa Hachimangū, is dedicated to Hachiman, the god of warriors. Throughout history this deity has received much attention from the samurai class, the Imperial Family and, later, the common people. Now there are about 44,000 Hachiman shrines throughout Japan, with Usa Hachimangū, founded in the 8th century, being the oldest of them all (although present buildings date from the mid-19th century).

The shrine sits on spacious, forested grounds with numerous red torii gates hiding beneath the tree canopy (there’s quite some distance between the very first big entrance gate and the main shrine gate). There’s a picturesque lotus pond, various smaller structures, and the vibrant red-colored main shrine, a feast for the eyes. I spent one pleasant and leisurely hour here with my camera.

The shrine didn’t feel crowded (I visited on a weekday), but there were a couple of tourist buses with large groups of Japanese pilgrims, attesting to the popularity of this place.