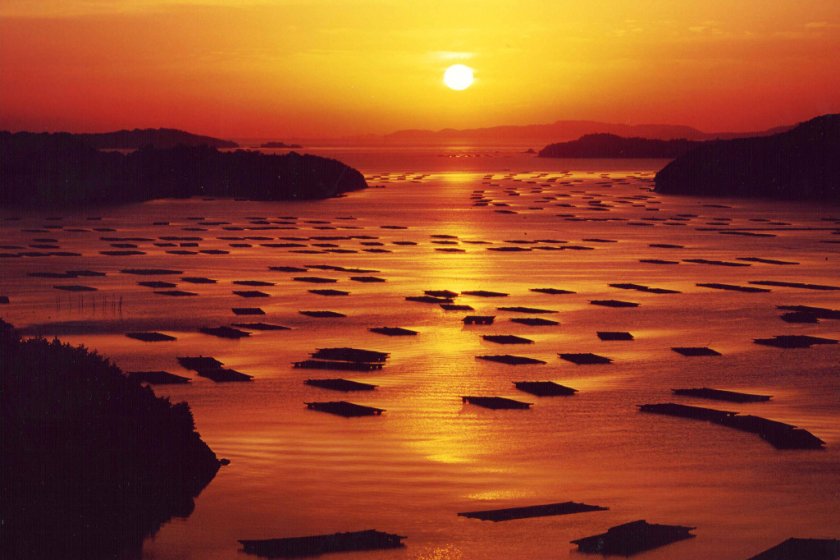 On my journey around Bizen and Setouchi Cities I had the honor of meeting and talking with leaders in the oyster industry that makes these communities tick. The fishing industry has historically been important to this country and a staple in everyday Japanese meals. However, as the world’s population has been expanding at an unsustainable rate and countries are harvesting more and more from the oceans to meet demand, the problems we will face have become complex and solutions to managing seafood harvesting are still unknown.

The biggest problem facing Japan Fisheries (JF) in Okayama is who will be harvesting sea vegetables and doing the fishing in the future. Young people are not following in their ancestors' footsteps and Japan's aging population is having a huge negative impact on rural communities. So who will work in this fishing industry here in Bizen and Setouchi? I went to speak with people who work and serve these industries. Mr. Yamamoto and Mr. Amakura work at Hinase and Mushiage Oyster Centers and Japan Fisheries are very active in working towards finding answers, not just because it’s their job but because it has been part of their lifestyle and it’s in their family history having grown up in this area.

For those of us who love eating oysters, the oyster season is from October through March. In February, Hinase Town hosts its annual Oyster Festival where people come from around Okayama and surrounding prefectures, with some traveling from as far as Hokkaido and Okinawa.

We Kwis are known for our trans-Tasman rivalry with our close neighbor Australia and in Hinase this same positive competition exists with regards to one of the local products, Hinase Oyster Okonomiyake, which can be best translated as a Japanese savory pancake. Okayama is not really known for this type of Japanese cuisine, as Hiroshima and Osaka lay claim to this traditional specialty. However, due to a recent trend in what is called "B1 Gourmet" food (which is food that usually costs only one 500 yen coin) Hinase Okonomiyake has cooked its way into being ranked in the best 10 in Japan. This was achieved in 2011 and since this win people can been seen lining up outside the restaurant early in the morning to be treated to this oyster creation.

Hinase and Mushiage are more than just places to eat oysters and we hope you can enjoy learning more about these small towns, but nothing will beat coming here for a visit. Hope to see you soon! 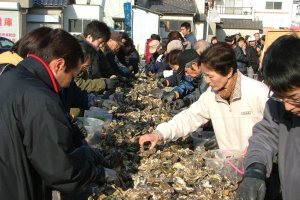 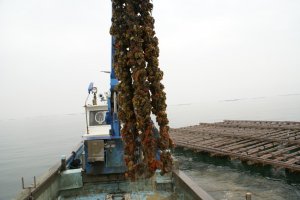 nylover 9 years ago
As a Newyorker, oysters are right up there with pizza as foods I love. This has me wanting to visit and try these. And what a beautiful sunset!
Reply Show all 0 replies
1 comment in total