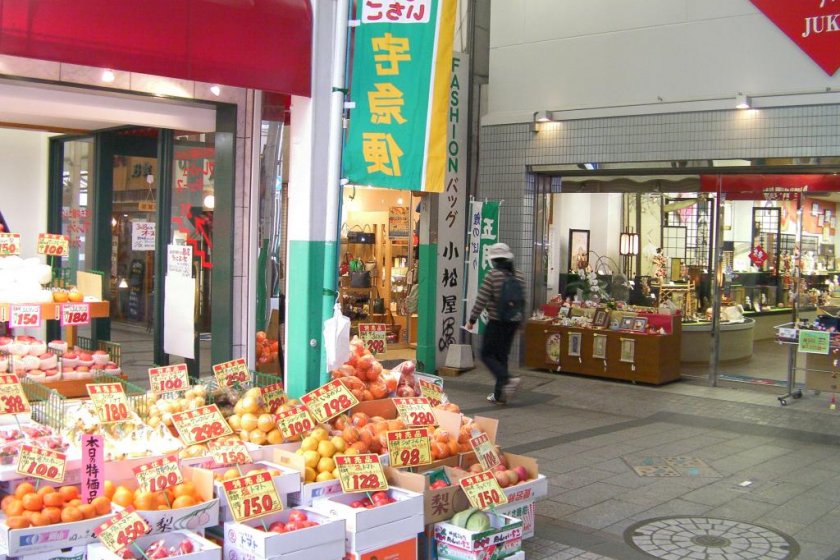 Hokancho is the shopping street on the west side of Okayama Station. It is made up of five blocks of stores and stalls offering everything from household appliances to movie memorabilia. Compared to Okayama City’s other shopping arcades the street is narrow, giving a feeling of intimacy.

If you took the opportunity to walk through Hokancho ten to fifteen years ago, you would have seen a street in need of new vitality. Many of the storefronts were closed as shopkeepers retired without passing on their businesses to the next generation.

The redevelopment of the west side of Okayama Station has brought the revitalization of Hokancho. Not every storefront has the shutter raised but steadily people and businesses are returning. Walking slowly down the re-emerging street, I noticed lots of small scale construction underway. People were painting and building shelves throughout the arcade, sparking my curiosity about what creative ideas were on the way.

The face of Hokancho has changed along with the shopkeepers and the types of businesses they engage in. The fish market, grocery and flower shop are all still there but now there are also several hip boutiques and cafes.

The Turkish shop near the entrance to the arcade stood out for me. It was filled with intricately designed rugs and decorative items. It’s always nice to see ex-pats doing business in Okayama, especially in a traditional area like Hokancho. Hopefully it is a sign of more such businesses to come.

Not far up the street from the Turkish shop is a café that has repackaged and modernized traditional Japanese décor while maintaining authenticity. The combination of deep brown and dark blue leap out of the façade and draw you in.

One café near the end of the arcade caught my eye because of its simplicity. The white interior and exterior with nothing more than an A4 sized menu printed in black ink succeeded in attracting with less.

Upon walking down Hokancho you will inevitably come across a shop that speaks to you directly. There will be something on display that will make you feel that it was put out for you to buy. That is the true power of the shopping arcade. 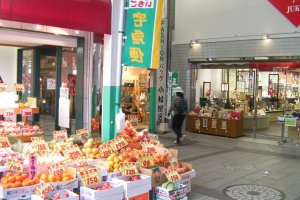 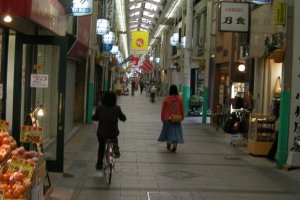 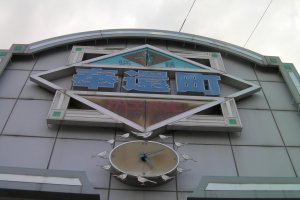 Kenji Chida Author 8 years ago
As long as they are allowed to exist there is always a chance for a revival. Hopefully,shopping arcades will play a part in Okinawa's future.
Reply Show all 0 replies

Michael Flemming 8 years ago
Kenji, It's great to hear that this shopping arcade has been rivitalized rather than marginalized. There are a couple such shopping areas in the Old Koza section of Okinawa City that have become relative ghost towns as traffic patterns and shopper preferences have changed. One of the greatest joys is talking to the shop owners of which most can tell a history of their own storefront and the local area for the past generation.
Reply Show all 0 replies
2 comments in total