Okayama has an interesting history. In the 1670’s it became the first place in Japan to offer education to the common citizens. It went on to become an education center with modern day Okayama University being in the top tier of Japanese universities.

Also, many foreigners are not aware that during the war Okayama was all but destroyed by bombing including the magnificent Crow’s Castle. Today it is a modern city of over 700,000 residents and is a transportation hub for Western Japan.

We were visiting Fukuoka in Kyushu and decided on our return home to stop in Okayama.

Before leaving Fukuoka on the bullet train we purchased a lunch bento box affectingly called ‘EKIBEN’(station lunch box), that is popular at most tourism train stations. The box usually contains famous local foods. Eating EKIBEN on the train is fun for tourists.

Upon arriving in Okayama we walked to our main destination, Korakuen Gardens, one of the three most beautiful landscaped gardens in all of Japan. A feudal lord ordered the construction of the garden in 1687 as a place of entertainment for the ruling family. Once in awhile, the public was permitted to enter. In 1884 the garden became part of Okayama prefecture and was permanently opened to the public. There are groves of Plum, Cherry and Maple trees, a crane aviary, tea plantation, and a Noh Stage. Noh means a stage with no curtain between the audience and the players. We walked along beautiful ponds and large manicured lawns. There is a wonderful view from the top of Yuishinzan Hill, which overlooks the garden.

Just across the Asahi River from the garden is Okayama Castle. Built in 1597, the castle is located close to the garden, and is called ‘Crow’s Castle’ because of the black walls.

Fifteen landlords have occupied this castle. Almost all of the descendent were Samurai warriors. The original castle was destroyed during WWII and they reconstructed it in 1966 to look exactly like the original. There is a continuous effort to unearth various historic buildings around the main castle.

Okayama serves as the locale for the popular fairy tale of Momotaro (the Peach Boy), you will notice many references throughout the city to this legendary hero.

There is a very well preserved Samurai house (Ex-Ashimori Clan) that you can visit to see how they lived back in the day. The city is filled with historic temples and shrines, and many different museums.

The Shinkansen (Bullet Train) stops right at Okayama Station making it easy to spend the day or longer. It is only 45 minutes from Osaka.

When making your plans to visit Western Japan add Okayama to your itinerary. 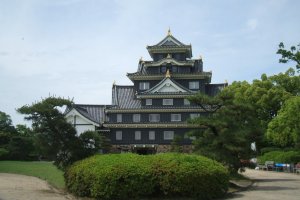 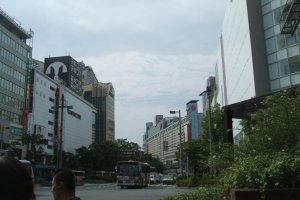 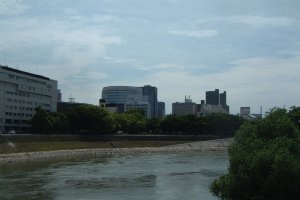 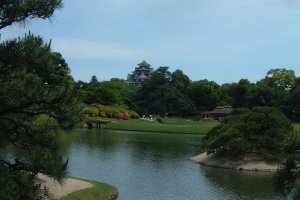 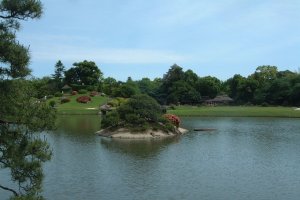 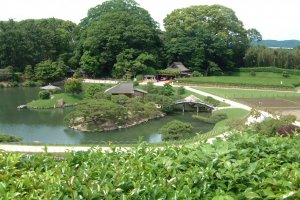