Osaka to Hiroshima: Stop on the Way

Interesting places to get off the train and look around

A lot of visitors to Japan use their JR Passes to zoom straight from Osaka to Hiroshima, not unreasonable if time is short. However, if you have a bit more time, there are plenty of interesting places in between to visit for a day trip, or stay for a night or two. So, gliding smoothly out of Shin-Osaka station and heading west, we come in order to:

Compact and lively, Kobe packs a lot into a narrow strip between sea and mountains. See sights from pretty shrine Kitano Tenman to the modern art of the Yokoo Tadanori Museum and the Art Village Centre; take in the view from the free city hall observatory or the top of Mount Rokko; shop til you drop and eat 'til replete (possibly on renowned Kobe beef) at Harborland shopping centre or street food central Chinatown.

Get off the bullet train at Nishi-Akashi station, backtrack on the JR Kobe line to Maiko station, and you come to the mighty Akashi Strait Bridge, which boasts the longest central span in the world. Admire the engineering from inside or the view from the top, take a look round nearby Sun Yat-Sen Memorial Hall, then enjoy the bridge illuminated after dark.

Himeji might well be twinned with Pisa: otherwise nondescript towns, each home to one iconic sight. Widely considered the finest/most beautiful/most superlative-laden castle in Japan, Himeji-jo really is a must-see; the history is fascinating, and it looks more handsome than ever following a 2015 restoration. Neighbouring garden Koko-en is also a pleasant place to stroll around, and if you like a tipple, take some time to explore the Harima sake district.

Not to be outdone, Okayama also boasts a very fine castle (if a reconstruction), and Korakuen is officially one of Japan's top three gardens, certainly one of its most beautiful. By way of more modern culture, there's plenty of shopping to be had, and the city is also home to the prefectural art museum and a world-class symphony hall.

You need to backtrack a bit from Shin-Kurashiki station to reach historical Kurashiki, known for its centuries-old Bikan merchants' district. Here you can visit samurai residence Ohashi House, admire the masterpieces in the Ohara Museum of Art, or try a class at Ivy Square craft center.

Immediately next to Fukuyama station is the Castle Park, where you'll find the handsome castle (also largely a reconstruction), the city's art museum, and the Hiroshima Prefectural History Museum. Fukuyama is also where you catch the bus for Tomo-no-ura, a charming port town which provided the setting for Studio Ghibli's Ponyo, and where you can explore an abundance of temples such as Fukuzen-ji and Io-ji.

A raffish seaport, hilly Onomichi has a nostalgic atmosphere, not least in its temple walk - Senko-ji the most impressive of the twenty-five on the route, especially with the spectacular view from the hilltop park - and its lively, friendly bars and backstreets. On its slopes you'll also find Cat Alley, an area of art galleries, garden cafes and painted stone cats.

Continue west to complete your journey to Hiroshima by train. 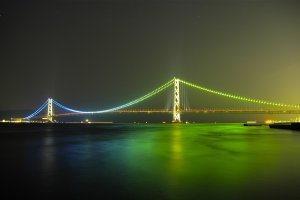 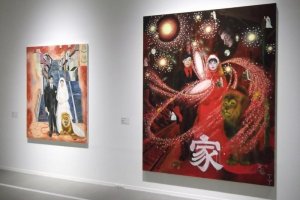 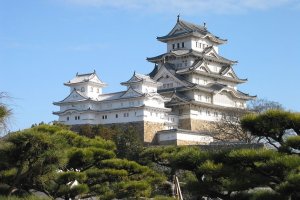 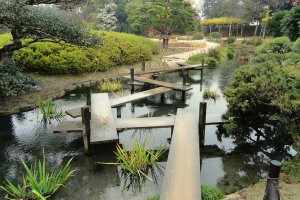 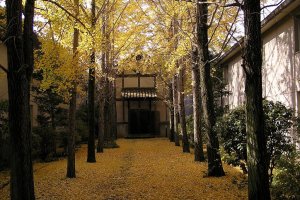 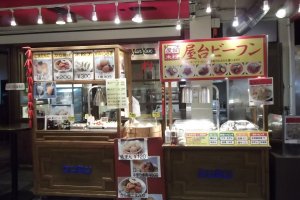 Elizabeth S a year ago
This is a great route if you have time to explore. I’ve done an abbreviated version, stopping at Himeiji, Kobe, and then Hiroshima. There’s a lot to see at each location.

I was surprised by Kobe with its modern and hip atmosphere and historic spots.
Reply Show all 0 replies

Kim a year ago
Plenty to see and do!
Reply Show all 0 replies

Elena Lisina a year ago
I'd planned the same route for this summer, but... the trip was cancelled, alas!
Reply Show all 0 replies
3 comments in total
Back to Contents