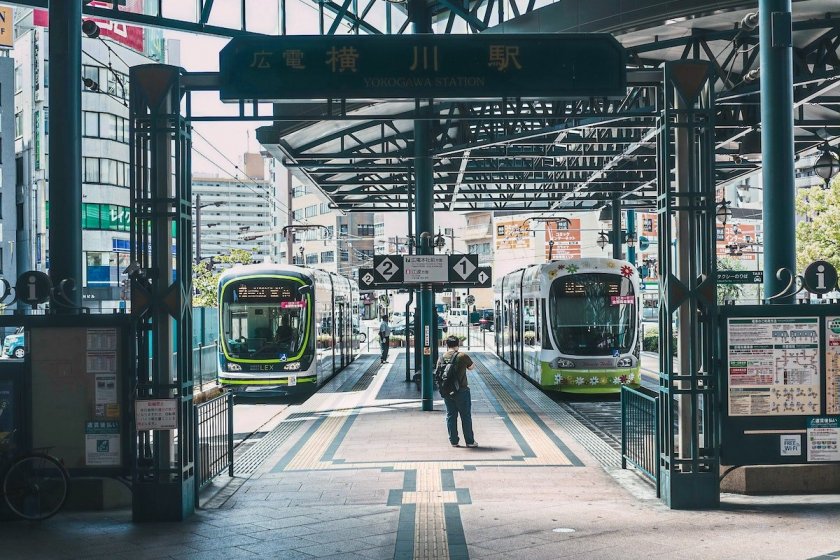 Get around Hiroshima prefecture with ease

Our Hiroshima access guide covers the basics of finding your way to Hiroshima prefecture via your chosen route of transport.

Get your bearings, find out how much time you'll need to reach certain destinations and figure out the best ways to get around Hiroshima's capital city and surrounding region in our in-depth look at Hiroshima's transport.

Hiroshima is located towards the western end of Japan's Honshu island:

Hiroshima is a popular extension to the main Golden Route of Tokyo and Kyoto, with many visitors arriving by bullet train direct from Himeji (1 hr) or Osaka (1 hr 30 min) to the east.

Hiroshima City is where most of the prefecture's sightseeing attractions are located, with the coastal Miyajima an easy 30-minute train journey along the coast to reach the mainland ferry terminal.

Onomichi is another well-known stop in the east of the prefecture, renowned for its ramen, mountaintop views and being the starting point for the Shimanami Kaido — a 60 km cycling route that connects Honshu to Shikoku via the Seto Inland Sea.

Hiroshima Airport serves both domestic flights (Tokyo among others) as well as international routes via Singapore, South Korea, Taiwan and China. The airport is located in Mihara to the east of the prefecture and is best reached via limousine bus from the central Hiroshima Bus Centre (SOGO), which takes about 55 minutes.

Hiroshima Station is a major stop for the Shinkansen along the Sanyo-Shinkansen Line (i.e. including Nozomi express services) which connects Fukuoka to Osaka. It's 1 hour 30 minutes from Osaka, or for those coming further, a direct 4 hour ride from Tokyo.

It's entirely possible to reach Hiroshima by local train lines from wherever you're travelling from. Take into account you won't necessarily be able to reserve seating and may experience peak travel if during rush hour. On the other hand, you may find it lucrative to use local trains by taking advantage of the Seishun 18 ticket.

Hiroshima can be reached via Shikoku's Ehime prefecture, with ferries operating a direct route via Matsuyama. Both Setonaikai Kisen and Ishizaki Kisen operate car ferries and faster Super Jet services — both running about twice per hour.

Super Jet services alternate between direct services and those that stop halfway at Kure. A one-way ticket between Hiroshima and Matsuyama is 7,230 yen (as of Summer 2020) per person, with children half price. The journey takes 1 hr 20 min.

Car ferry services typically stop at Kure central pier en route. A one-way ticket between Hiroshima and Matsuyama is 4,000 yen (as of Summer 2020) per person, with children half price. The journey takes 2 hr 30 min.

Hiroshima City is known for its tram network which still runs today. Being built on a delta, Hiroshima resisted the move to a subway system like other Japanese cities and has kept its own Hiroden tram, or streetcar, network running efficiently to the present day. Dubbed the 'Moving Museum,' this cheap and convenient transport network still uses earlier models from the 1950s alongside newer ones. There are 7 main lines that criss-cross Hiroshima City and a simple flat-rate fare of 190 yen gets you anywhere (there is a small surcharge to go all the way out to Miyajima).

Miyajima island can be reached via ferry from the mainland ferry terminal. This is located to the south-west of the city centre.

To reach the ferry port, you can either take a JR train to Miyajimaguchi Station or the local Hiroden tram service (#2). The JR train takes about 30 minutes from Hiroshima Station and costs 420 yen. The tram takes longer but only costs 270 yen — albeit this is not covered by the JR Pass. It's a great choice if you starting from the downtown area though.

From the station, it's a short walk to the ferry terminal. Confusingly, two companies offer ferry services to Miyajima: Matsudai and JR. The 10-minute ride costs about 180 yen, but this will be covered by the JR Pass if taking the JR ferry.

If taking the tram, consider Hiroden's 1 Day Streetcar and Ferry Pass, which includes the Matsudai ferry service (but not JR!).

Hiroshima is well served by a network of buses that cover most of the city and can get you to Hiroshima Station and downtown in record time.

If you focusing on Hiroshima's tourist attractions and want to minimise walking, the Meipuru-pu sightseeing loop bus is also a viable option which connects Hiroshima Station with the main sightseeing spots across 4 different colored routes. A day pass costs 400 yen (200 yen kids) but single journeys are also possible. Bus services include access to Hiroshima Free Wi-Fi.

Hiroshima Bus Center is located on the third floor of Sogo Department Store, which provides express bus services that connect to the rest of the prefecture, including Hiroshima Airport.

With its many rivers flowing through the city, Hiroshima City almost feels designed for cyclists.

If you are visiting Onomichi to prepare for your Shimanami Kaido ride, don't miss Onomichi U2. Opened in 2014, this renovated warehouse facility is now home to a hotel, cafe, bakery, restaurant and shops—complete with all the cycling gear you could possibly need. A number of local outlets offer bicycle rentals for both the local city area, as well as those looking to ride the Shimanami Kaido itself.

The Astram line is a rapid transit system originally built for the 1994 Asian Games, held in Hiroshima. It connects the downtown Hondori area to Kōiki-kōen-mae to the north-west, which is the location of Big Arch Stadium — the home of J-League regulars, Sanfrecce Hiroshima.

It is unlikely to be too useful for most visiting tourists, but riding for a few stops from Hondori and alighting at Johoku can provide an alternative approach to Hiroshima Castle. 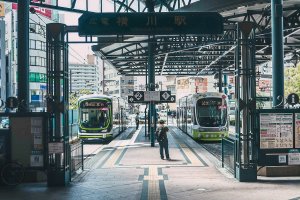 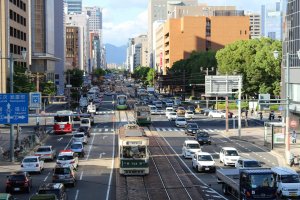 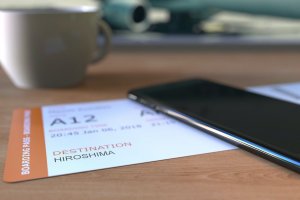 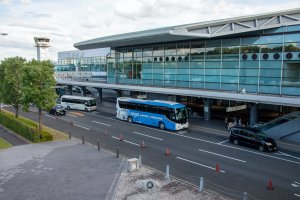 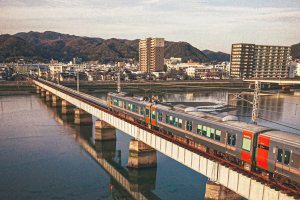 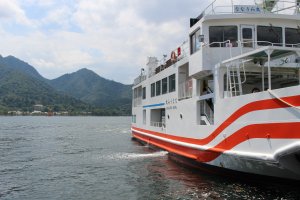 Yoshimi Dan 9 months ago
The article is very informative !
Reply Show all 0 replies

Bonson Lam a year ago
The direct boat service between Miyajima and Hiroshima Peace Park is a great idea for tourists visiting these two popular attractions.
Reply Show all 0 replies

Kim a year ago
Really comprehensive and informative!
Reply Show all 0 replies
3 comments in total
Back to Contents