How to get a Suica Card and more

For a convenient and stress-free travel experience, both around Tokyo and in regions beyond, it’s worth investing in a Suica card. This debit-style transportation card is popular with both residents of Japan and visitors alike. Take the hassle out of trying to figure out metro routes and ticket costs by purchasing a rechargeable Suica card.

What is a Suica card?

Suica is a debit-style transportation card sold by the JR Rail Company in its Tokyo train station hubs, as well as in locations such as Haneda and Narita Airports. This distinctive bright green card with its penguin logo can be used almost indefinitely – it doesn’t expire unless a period of ten years has passed between uses, and any monetary balance remains unaffected in that time.

What are the benefits of having a Suica card?

Above all – convenience. With Japan still often considered a cash-based society, it pays to have a multi-purpose card that can take care of most of your travel needs, but the Suica IC card can achieve a lot more:

How are Suica and PASMO different?

Many first-time visitors to Japan may often wonder what are the differences between Suica and PASMO – another IC travel card often mentioned.

Aside from their outward appearance, there is virtually no difference in usage between the Suica and PASMO cards. For travelers or visitors staying near the center of Tokyo, which has an abundance of Tokyo metro stations, it may simply be easier to purchase a PASMO card from the nearest station instead of making the trek to a more outlying JR rail station.

How can I purchase a Suica?

Suica cards can be purchased from ticket machines in most of Tokyo’s main JR rail stations (ie Tokyo, Hamamatsucho, Shimbashi, Shinjuku, Shibuya, etc). English instructions walk buyers through the steps needed to obtain a card. Cards can be personalized or left blank – if personalized, a card that is lost can later be identified and reclaimed with proof of identification.

Cards require an initial ¥500 deposit, though this can be reclaimed when returning the card (inside the station) at the end of your holiday.

How to top up a Suica

Cards can be topped up immediately, or at regular intervals as needed. When charging the card, cash can be added in increments of ¥1000. Suica cards can hold a balance of up to ¥20,000. Only yen cash can be used to add money to a Suica card. Credit cards are not accepted.

You can also top up a Suica at most ticket machines, even at non-JR stations, such as Tokyo Metro, as well as buses that accept Suica/PASMO.

Did you know? If you are caught out and run out of charge on the card when arriving at a station, you can even top-up at special kiosks inside the gates before you exit. It reduces the need to worry about trying to calculate the exact fare between stations.

For children aged 6-11, a special youth Suica card can be obtained. Marked with the kanji for small (小), this card entitles younger users to a discount of 50% on the regular train fare. Youth Suica cannot be purchased at the self-service kiosks and must be bought in person from a JR staff member in one of the JR train offices. Presentation of identification or of the minor him or herself may be required.

Step-by-step guide to buying the Suica

Returning your Suica when leaving Japan

If you decide not to keep your Suica for future use, you may return it to any JR rail office.

If any amount of money over ¥220 is left on the card, the JR company will charge a fee of ¥220 to process a refund and return the remaining amount to you. If the balance is under ¥220, no refund is issued and the balance is zeroed out.

(This includes balances such as ¥80, that would end up in negative numbers upon subtraction of the refund fee. The balance is simply zeroed out with no penalty to the card holder.)

However, all customers will receive the initial ¥500 deposit back upon turning in the card.

Where can I use my Suica card?

Suica are most commonly used as transportation passes, which users simply tap over the ticket gate to gain entry to the train tracks and tap again to exit a station, where the fare for the journey is automatically calculated and debited. There is a small discount on single journeys for those that use a Suica pass compared to those that rely strictly on paper tickets.

While cards emblazoned with Suica are sold in Tokyo, these JR-sponsored passes are also usable on regional forms of transportation.

Note that continuous travel between different regions of Japan is not possible just on a Suica alone.

Suica can also be used to make purchases at vending machines marked with the card’s logo. Simply tap the card against the machine’s card reader, select the product of your choice, and tap your card a second time to complete the purchase.

Many convenience stores also now provide an option for Suica holders to use their card to pay for purchases. Look for the card reader at the cash register and follow the clerk’s instructions or the instructions on the screen.

Many restaurant chains also support payments by Suica – just look for the familiar green logo near the payment terminal.

A number of lockers in Japan have begun switching to a coinless system, where users access their bags with a Suica or other debit-style transportation card.

Often found in train stations, these lockers don’t require a key for entry, and instead provide an entry code to be used in conjunction with the Suica card when reclaiming any baggage. 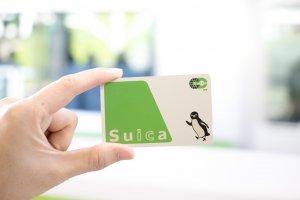 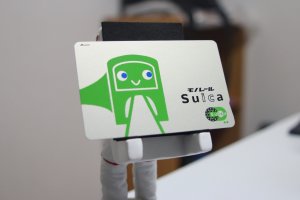 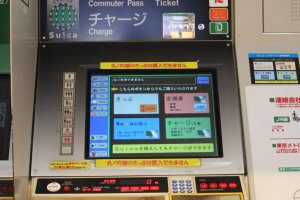 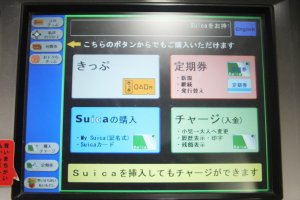 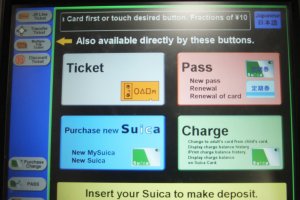 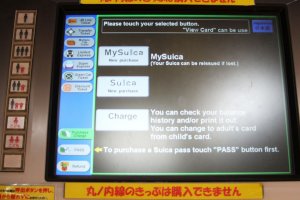 Susan Tumanon 5 years ago
Very informative article! ! I like the new Suica card design :)
Reply Show all 0 replies
1 comment in total
Back to Contents