A Five-Day Journey Through Japan

Mentioning Hiroshima stirs the imagination; the site of one of history's most unspeakable atrocities. Yet, the details of its most fateful incident elude almost everyone and the city's current status is still unknown by many. For these and other reasons, Hiroshima is a must-see. And, despite all means of transportation that one could choose to reach it, perhaps the most light-hearted one may be the ideal choice.

The concept of a Hello Kitty Shinkansen might also send minds racing, albeit for very different reasons. From the outset, being adorned with large pink bows on its exterior, as well as on the doors that divide its cars, it is as outrageous as it sounds. Although the carriages to the rear of the train lean towards some degree of normalcy, those towards the front unleash a wave of cutesy. Interior doors for disembarkation show Kitty in a conductor's uniform asking you to "Watch Your Step!". Areas for baggage storage, a telephone room, and even a smoking room, all come labeled and adorned with pink characters and appropriate icons. Car number 2 offers Hello Kitty photo opportunities galore, with a wall-sized Hello Kitty map of Japan, and a life-size replica of Kitty herself wearing a train attendant's uniform; it's perfect for taking selfies and ready for posting to your favourite social media network.

Car number 1 reveals the apogee of Kitty regalia, with a full-car gift shop, retailing boxes of Hello Kitty cookies and candies, packages of Hello Kitty Curry, and other novelties. For those on a budget, there are Hello Kitty gift capsule machines (using Hello Kitty tokens). Those wanting the full experience may purchase the Hello Kitty o-bento (boxed lunch) shaped in the form of the Hello Kitty locomotive car; it contains ketchup rice with a Hello Kitty-face fishcake, a meatball, some edamame, and other delicious tidbits. You may even take your picture with an oversized Hello Kitty greeting card, commemorating the date of this unique journey. Another wonderful feature of the Hello Kitty Shinkansen is that you can ride it with your JR Pass, making your journey more seamless and convenient. If you forget to purchase some souvenirs, most platform-based convenience stores along the train route set aside a corner for Hello Kitty Goods: staplers, chopsticks, handkerchiefs, socks, pens, and other delights.

Having arrived in Hiroshima, it's time to slip back to a purer and simpler time. Similarly to San Francisco, this seaside city has long been known for its streetcars. Cutting-edge trams befitting futuristic manga stream through the city streets, alongside cars that seem to have remained untouched since the early 20th century. Riding in one of Hiroshima's vintage streetcars quickly serves as a balm for the soul. The weathered wooden floor slats, the vintage woodsy interiors, the chrome fittings, and the bright velveteen seats all combine to offer you relief from the stressors of our modern times, at least for the length of your journey. Also, most importantly, these tracks take you from Hiroshima Station to the city's most important site: the Atomic Bomb Dome.

Designated a World Heritage Site in 1996. Before World War II, the edifice we now call the Atomic Bomb Dome was the Hiroshima Prefectural Industrial Promotion Hall; used to promote products from the prefecture of Hiroshima, as well as local commerce and culture. On 6 August 1945, when the atomic bomb exploded at a height of 600 meters, and 160m to the building's southeast, the blast exerted 35 tons of pressure per square meter. Although the building burst into flame, the interior was gutted, and its occupants died instantly, because the blast struck from almost directly overhead, the edifice's curiously thick walls and steel dome escaped complete obliteration. Estimates calculate that between 60,000 and 80,000 people were not as lucky; being vaporized or otherwise perishing immediately. Despite the Atomic Bomb Dome's famous appearance, it is only in standing before it that reality hits home. Standing before the metal fence erected to protect it, the violation of human life pierces your heart.

A short walk beyond it, the Hiroshima Peace Memorial Museum serves even more graphic reminders. Not for the faint of heart, its entrance bears a warning sign for those who may be easily upset. Inside, as per the warning, horror awaits; a panorama of Hiroshima flattened by the single bomb, a shot of a pile of skulls left by its victims, and clothing from the children whose lives were ended on that day. It's heavy tuition, to be sure, but some that all humans should endure. However, to move forward, one must focus on the present.

What better way to know more about a place than to sample its local fare? Otama No Kyabetsu, a three-minute walk from Hiroshima Station, specializes in "okonomiyaki"; a full-meal savory pancake associated with this region. Mostly based on a wheat-flour batter, okonomiyaki contains many ingredients; including dashi, eggs, and shredded cabbage. Restaurants specializing in this dish will offer menus featuring various takes. Typically offered toppings include shrimp, cheese, oysters, green onions, seafood, squid, and fried egg. Dining in such an establishment allows you to rub elbows with locals in a way that is hard to come by. The banter in such eateries tends to be quite lively and the alcoholic beverages flow easily, washing away the stress of one's day. And, given the bar-stool seating of this restaurant, it's hard not to be swept up in some nearby chats. Also, for those still feeling peckish, Otama No Kyabetsu serves some quite excellent gyoza; a take of Chinese potstickers or dumplings. Those with dietary restrictions will also have all their needs met, vegetarian and vegan options are delivered upon request.

A city this resilient possesses some enormous depth; museums, hearty fare, and streetcars only scrape the surface. It could be said that Hiroshima offers something for all tastes. Why not come for the trains and stay an extra day? 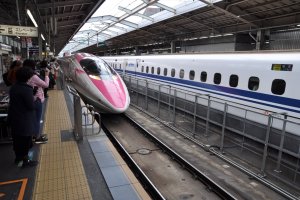 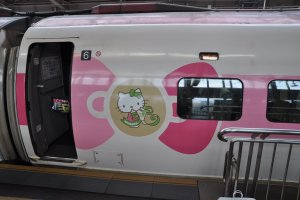 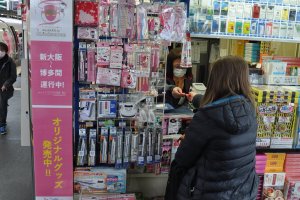 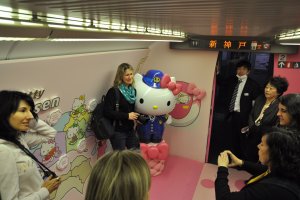 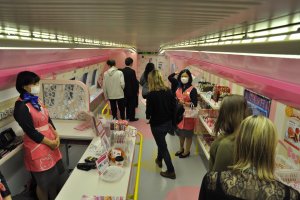 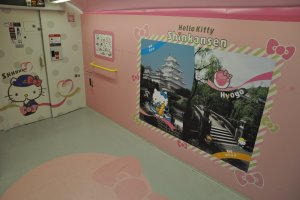 Kim a year ago
The Hello Kitty shinkansen is still on my to-do list!
Reply Show all 1 replies

Laurier Tiernan Author 11 months ago
It was really great! I'm a fan of hers from way back, and it still tickled my inner child. I SHOULD have had the obento. That is my only regret; that I didn't.
Reply
2 comments in total