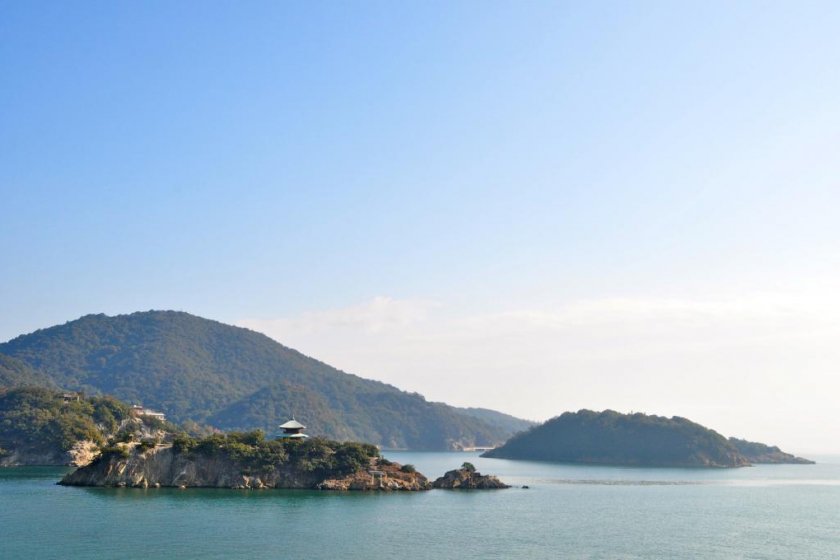 "The most beautiful scenic view in all of Japan"

For hundreds of years, anyone and everyone who made the sea journey between western Japan to the capitals of Kyoto and, later Edo (now Tokyo), would lay over in the now sleepy port town of Tomo-no-ura. Passengers and crew members of boats arriving on the rising tides coming in from both the east and west, would layover here before continuing their journey on a receding tide which flowed out in both directions.

The most anticipated and spectacular visits to the port were those made by Korean emissaries. Between 1607 and 1811, eleven delegations made 11 lavish progresses to Edo, all of which stopped in Tomo. The arrival of the diplomatic and cultural emissaries and their entourage, which might consist of up to 500 people, in a large fleet of boats was a huge event. Contemporaneous art works show the local populace, dressed in their finery, gathered portside to welcome their even more dazzlingly dressed guests. One clerk in 1719 described the port as “a metropolis".

It was at Fukuzeni-ji Temple that the three senior most envoys and their staff were lodged, and a guest pavilion was specially built within the temple grounds in the 1690s. The emissaries often commented on the view from their lodgings, and when, during the 8th mission in 1711, their conversation turned to where the most scenic place on their route, they pronounced it to be the one that lay before them. I Pan-on, a senior secretary, stood up and wrote the words nitto daiichi keisho, “the most beautiful scenic view in Japan” in brush calligraphy on a scroll.

Such was the reputation of Fukuzen-ji that the lodging of the most senior emissaries in a different temple resulted in a minor diplomatic incident in 1748. It was in this year, on their return journey when that the pavilion was given the name Taichoro which means “Facing Tide Pavilion” by the chief envoy of that delegation.

The words of I Pan-on hang above the open windows through which visitors today, for the price of the ¥200 admission fee, can enjoy the same view as those esteemed Korean envoys 300 years ago. One can well imagine that the view, over the temple garden out across the water to Benten-jima Island with its small pagoda, and on to the larger Sensui-jima Island beyond, is little changed. Whether, it is indeed “the” best view in Japan is a highly subjective opinion of course, but it cannot be denied that it is very beautiful.

Photographs are not permitted in the main hall of the temple, but take a close look at the miniature kannon shrine to the right of the fearsome Buddhist images and you may notice that the image looks remarkably like the Christian Virgin Mary. This shrine is, in fact, an image worshipped by kakure krishitan or "hidden christians" who held onto their beliefs after Christianity was banned by the Tokugawa authorities in the 17th century. There is a crucifix hidden inside the shrine. 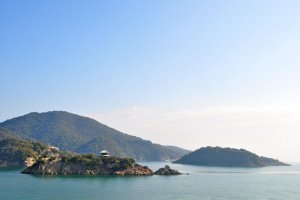 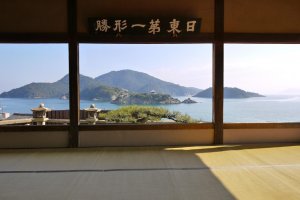 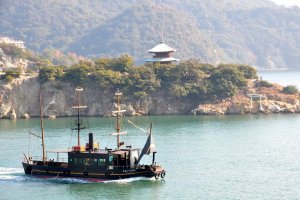