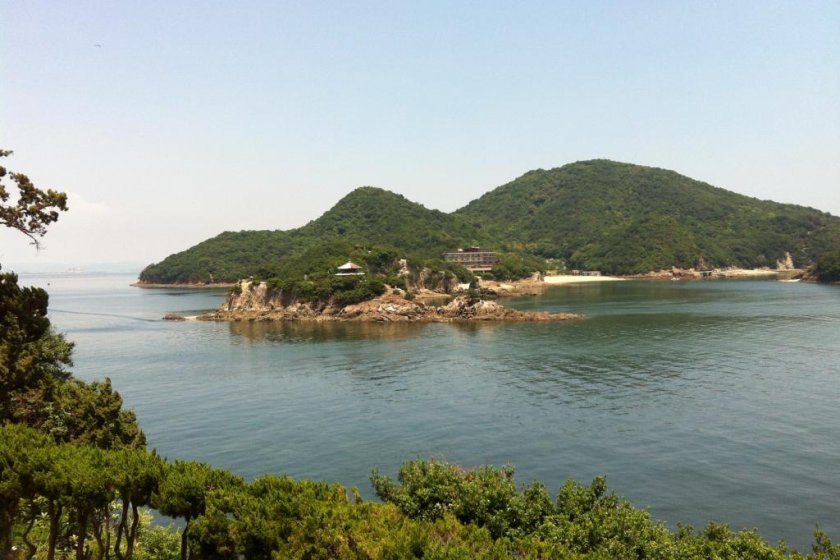 Seafood, history, and the magical village of "Ponyo"

Just half an hour south of Fukuyama City is the picturesque port town of Tomo-no-ura. It was historically, a busy, prosperous area and served as a rest stop for dignitaries and Korean ambassadors who came to relax and dine on the shores while waiting out strong winds and storms on the sea.

In recent years, Tomo-no-ura has received more media attention than usual, as local residents battled against a land reclamation and bridge construction project that would effectively destroy the scenic beauty of the area. In a rare happy ending to this kind of story, the governor of Hiroshima officially dropped the controversial project in June 2012, in favour of preserving the natural landscape.

As Japanese animation fans will probably know, Tomo-no-ura is also the picturesque seaside hide-a-way that inspired Hayao Miyazaki’s fantasy film, Ponyo On The Cliff By The Sea, and part of the Setonaikai National Park.

From Hiroshima City, you can take the shinkansen bullet train or bus to Fukuyama Station. For those making the most of limited time, 4300 yen will get you on the shinkansen and you’ll be at Fukuyama Station in about 25 minutes. We were on a pretty relaxed schedule, so we opted for the JR bus from Hiroshima Bus Center, which cost 1890 yen one way and took just under two hours. In front of Fukuyama Station, there is a bus that will take you to Tomo-no-ura. Keep in mind that ATMs and convenience stores are hard to come by once you leave Fukuyama, so a pre-boarding cash run will save you some frustration down the road. The bus takes about 30 minutes. Get off at the Tomo-no-ura bus stop in front of the information center. The moment you get off the bus, life feels different. You hear the chatter of locals, the whizzing of fishing lines being cast, the distant hum of a boat—all the white noise of the city is gone. It smells like the sea.

Before you set off down the shore pop into the information center for a map. Miyazaki fans can pick up a special Ponyo map at the counter for an extra 20 yen. Getting around on foot is the best way to go—we walked along the seaside heading southward towards the ferry port, checking out the food stall proprietors spinning fish cakes on grills, watching kids learn how to fish with their dads, and admiring the exquisite view of Benten Island. You can also rent bicycles next to the port for the somewhat lofty price of 300 yen for two hours. There are no lockers, but if you feel comfortable with it, the friendly woman at the souvenir shop on the left will stow your bags behind the table for you for 100 yen.

From the port, you can also take a ferry for 550 yen return to the mystical island of Sensuijima, a spiritual power spot inhabited only by gods and goddesses. It takes just five minutes to get there, and if you want to unwind and catch the sunset, there is a Japanese-style inn on the island with dinner and breakfast plans starting at 10 000 yen/per person, as well as a camping area complete with wall tents and yes, refrigerators. There are also nice hiking trails, fishing tours, and hot springs for the next day.

Along the main street by the harbour, we found ourselves sampling the local spirits at the historical Ota Residence. We learned about the medicinal qualities of honmeishu, which is said to improve circulation and boost your immune system. We also picked up some frame-worthy, locally made postcards here. Across from the liquor shop is a cozy little café where locals say Miyazaki frequented during his stay. Just further down the road towards the bay is the Iroha-Maru Museum. If you are not one of those history buff types who is really into shipwrecks, I’d suggest skipping the museum and going to the little café next door for a nice lunch. The landmark Edo period lighthouse is at the very end of this street.

Tomo-no-ura is a breath of fresh air for city folk and a chance to see the older, quieter Japan that seems to be disappearing year by year. This trip can be easily done in a day, though if time allows, a one-night-stay to recharge the batteries is a real treat.

Living and working in downtown Hiroshima for the past seven years. When I'm not writing or teaching, I'm taking photos or foodspotting. My travel style: I like the night - I like the day. I try and hit all the big sightseeing spots, but making a connection and learning about the people is the most important thing for me. I tend towards things slightly off the beaten path, and will travel for food. My life in Hiroshima has been one serendipitous moment after another. Cheers and hope you have a great time in Japan! 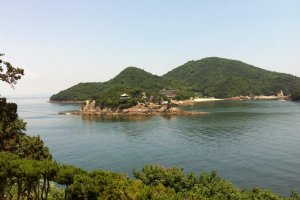 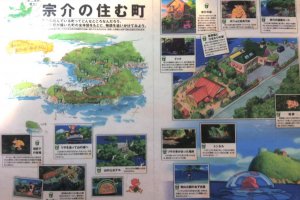 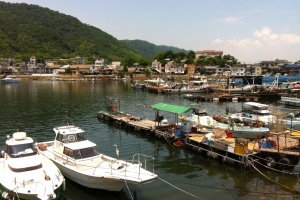 Ciara Long 9 years ago
I didn't realise this was so close to Hiroshima. This is fantastic. I'm a big Ghibli fan and it's close enough to the city that I can visit and come back on the same day. Really looking forward to the trip.
Reply Show all 0 replies

Paul Walsh 9 years ago
Just heard that Tomo-no-ura will be a location in the next Wolverine film, which should bring the place to the attention of more overseas visitors!
Reply Show all 0 replies

JJ Walsh 9 years ago
I've often wondered about this place ever since seeing Ponyo and watching the mom in the movie drive those crazy little Japanese streets in between the rushing tides. It is also great news that the unnecessary bridge project has been stopped & this charming little place can be better preserved. Thanks for giving me a good sense of what it would be like to visit- hope to get there sometime soon myself.
Reply Show all 0 replies
3 comments in total