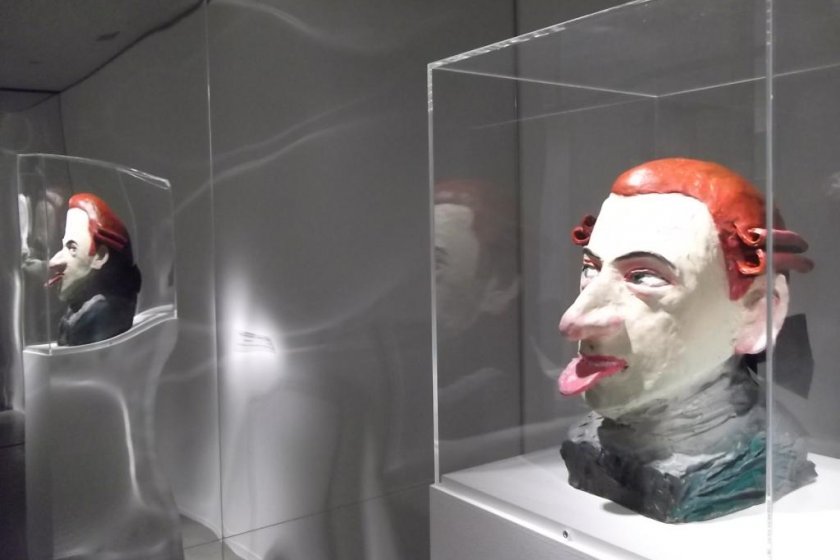 Mozart as you've probably never seen him before

Following my nose has led me to some interesting places on my travels, and it's always fun to find by chance something new and interesting. Looking at a map in front of Iwaya station in Kobe, the name 'Yokoo Tadanori Museum of Contemporary Art' caught my eye; I didn't know the name at all, but I decided to give it a look, and ended up spending a very enjoyable hour and half taking in some striking and colorful art.

Yokoo was born in Hyogo Prefecture, and his works cover a wide range of forms; the exhibition I saw consisted mostly of paintings, but there were also some prints, sculptures and book designs. Many of his paintings are distinctly surreal, throwing in a diverse array of elements; there are some paintings of a newly married couple featuring a lion, a squadron of WWII fighter planes, and a mad astral crimson swirl. This last one is a good example of how the paintings reward viewing from different distances: from further away it looks like a fiery vortex, while close up we can see that it's composed of hundreds of tiny stickers of individual peoples' faces.

There's a lot of humor in Yokoo's art, especially when repeating himself; he's in the habit of revisiting the same subjects at different points in his career, and it was interesting to see these paintings grouped together, with their entertaining mix of titles. In one group, the same subject was on three different paintings called 'Screaming Elsa', 'Captive Play in Tokyo' and 'Burning Sky', while the coarser side of his humor shows itself in 'Landscape With Toilet'.

There's also plenty of fun to be had from some of the more imaginative juxtapositions; a painting-within-a-painting of Yukio Mishima posing as Saint Sebastian is suspended over a lake, and the Lady of that Lake probably isn't too pleased at what the little Belgian Manneken Pis is doing in her water.

The same humor and imagination show themselves in the few sculptures that were on display. In small rooms walled with distorting mirrors I found two sculptures of Mozart: one in very restrained, classical style, the other just of the composer's head, pulling a grotesque face and sticking his tongue out, twisted even further when viewed in the walls.

The museum owns a large collection of Yokoo's works, so the exhibitions will change periodically. There's also an archive room, containing a wide range of materials donated by Yokoo and relating to his career, such as his design manuscripts and LP records; browsing through these provides an interesting insight into the man behind the art.

The galleries are light and spacious, so I could take my time and view the paintings from far off or close up, or sit and leaf through the catalogues left for visitors to peruse. The curator and one of the attendants spoke English, and were knowledgeable, friendly and helpful, clearly having a genuine enthusiasm for Yokoo's work. And as I left I found a souvenir shop selling cards, T-shirts, stationery and other goods featuring images from Yokoo's paintings, a good place to buy some fun, colorful little reminders of your visit. 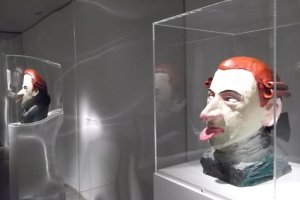 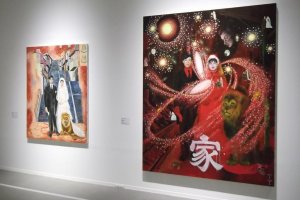 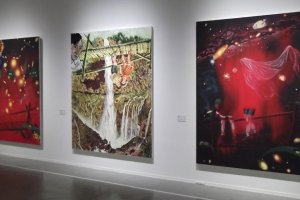 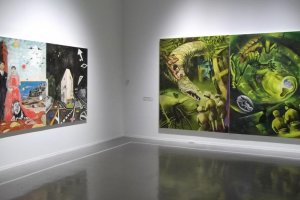 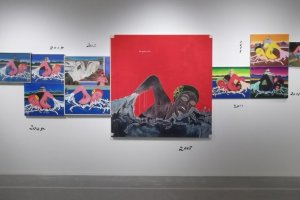 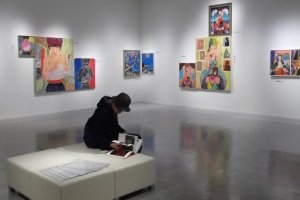