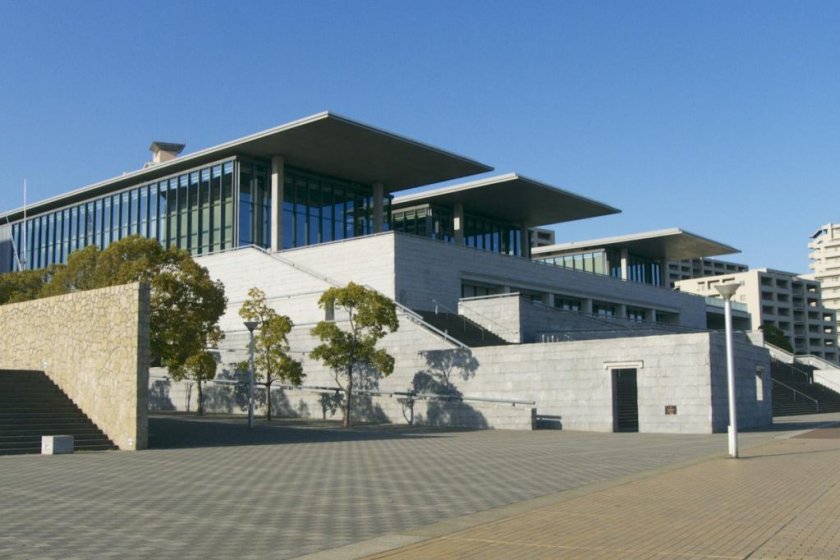 Art and architecture in the heart of Kobe

With modern Japanese architecture, foreign sculpture, and Hyogo's own most renowned artists, the Hyogo Prefectural Museum of Art in Kobe offers a unique opportunity to take in the beauty and international culture of the prefecture.

Inspired by Hyogo, this art museum houses works of art by artists, both Western and Japanese, associated with the prefecture. The museum is not limited to the art of Hyogo, however, as it often holds special exhibitions and includes works by influential international artists such as Rodin, Warhol, Picasso, Manet, and Kandinsky in its own permanent collection. While the museum may not call itself "modern," much of the art can be classified as post World War II.

One of the most prominent and impressive pieces of art is the building itself, designed by the world-famous Japanese modern architect, Tadao Ando. The building was completed in 2002 and sits waterfront, overlooking the harbor. Ando uses his signature concrete blocks with glass transparencies throughout. A key feature of the building is the spiralling staircase, joining the basement to the second floor, set between the Exhibition Wing and the Gallery Wing. Tadao Ando is considered essential to the rebuilding of Kobe after the Great Awaji-Hanshin Earthquakes of 1995. The museum includes a small room featuring design sketches and models by the architect.

The museum boasts a collection of around 8,000 pieces ranging from traditional Japanese woodblock prints or ukiyo-e to foreign sculpture to modern and contemporary paintings. A fee of 500 yen is charged to see the permanent collection which rotates pieces on a regular basis. An extra fee must be paid to see special exhibitions. Museum hours are from 10:00-18:00. During special exhibitions, hours may be extended on Friday and Saturday. The museum is closed on Monday and for New Year's holiday.

After enjoying the museum, patrons can check out the gift shop, which has a varied selection of art books, stationery, postcards, and other gifts. The shop keeps the same hours as the museum.

Spending an afternoon at the Hyogo Prefectural Museum of Art is an enjoyable way to get to know the culture and esthetic of the prefecture. While you are in the area, you may want to stop by the Kobe Earthquake Memorial Museum next door to gain an even deeper understanding of Kobe's history and the influence the earthquake has had on the people of Hyogo.

Find out more about Hyogo Prefectural Museum of Art. 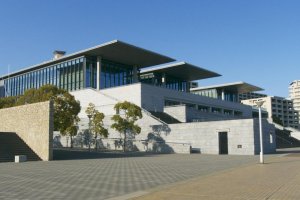 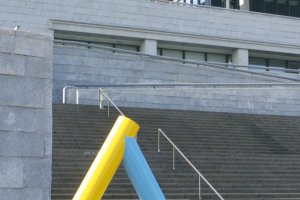 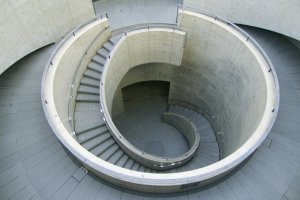