Like all cities, Okayama has a thousand and one shops to answer all the shopping needs of the locals, as well as those of tourists who are passing through. It would, of course, be impossible to list them all. However, two places stand out from the others, and I recommend them to all those like me, who prefer to make all their purchases in one place.

The first is the Omotecho shopping street. Situated only a 10 minutes’ walk from Okayama station, Omotecho is a long street that’s fully covered. The roof has glass panels and you can even find very beautiful stained glass panels too. What makes Omotecho different from the other shopping streets is its architecture, which was created to evoke streets from European cities. As you go along, you will come across various coloured sculptures, or some made with balloons, for example, and some of which change throughout the course of the year. All of this gives the street a generally very pleasant, almost festive atmosphere!

As for the shops, Omotecho obviously has shoe shops and clothes shops, but there are also cafés, restaurants, arcades, book shops (some even sell books in English!), etc. In the Hare no kuni boutique, you’ll find a wide variety of local specialities such as food, and craft products from the region. Omotechno also has a department store, Tenmaya, which is much appreciated by the locals of Okayama. Tenmaya has been part of the town’s history for almost two centuries. The store sells everything from international brands to local products. A little bonus especially for foreign customers who’ve perhaps « overheated » their credit card : Tenmaya has two counters where it’s possible to be receive a tax refund. In addition Tenmaya has set up partnerships with some of the other shops in Omotechno. So you just have to present all your receipts at one of Tenmaya’s two counters to benefit from the refund all at once. A really practical service!

For other shopping, in 2014, the Aeon Mall Okayama was opened next to the Okayama Station. Today, it’s one of the largest shopping centres in western Japan. It is also situated a stone’s throw from the station and has approximately 350 shops, as well as a cinema, an amusement park, an area that can accommodate a stage, where a variety of events are held, several rest areas, and even a TV studio!

Aeon Mall Okayama is an immense and very modern complex where everyone is bound to find their heart’s desire. Just like Tenmaya or the shops along Omotecho, there’s an area dedicated to gastronomy and local crafts: Haremachi Tokku 365, on the 5th floor.

If in the last minute, you unfortunately realise that you’ve forgotten to buy a souvenir for a friend or for a member of your family, and you have to get to another destination in Japan, you could always fall back on one of the many shops in Okayama station! 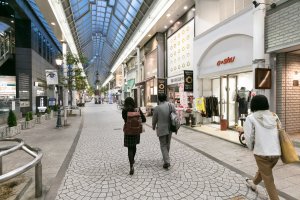 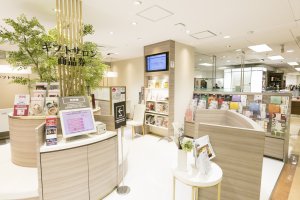 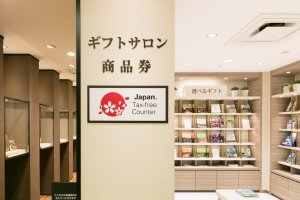 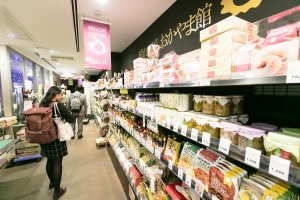 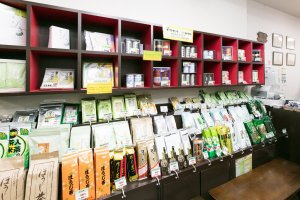 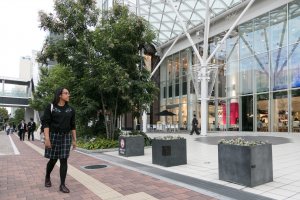 Kim 2 years ago
I really enjoy many of Japan's covered shopping streets - makes it so much nicer if the weather is bad outside!
Reply Show all 0 replies
1 comment in total