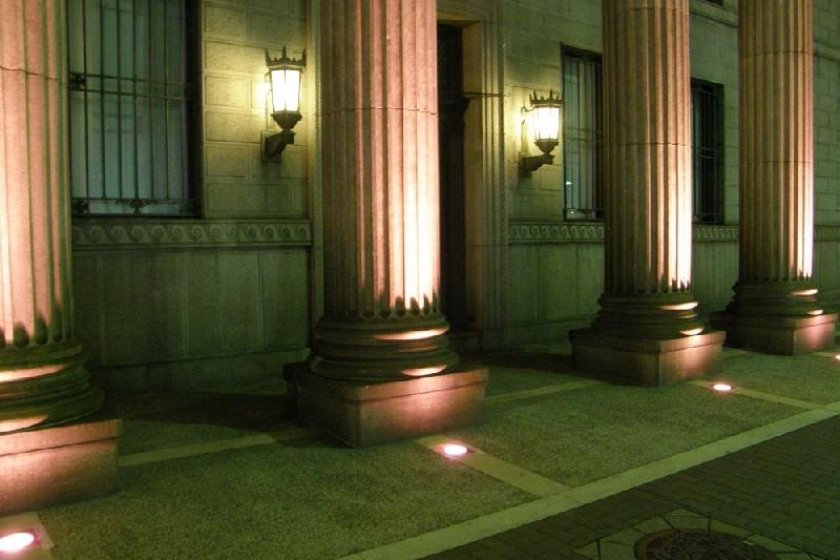 The rebirth of a magnificent building

Renaiss Hall Okayama is a public space that showcases the little known neo-classical component of Japanese architectural history while providing a space for performances, exhibitions and events.

The building’s story goes back to 1922 when it served as the Bank of Japan’s branch in Okayama. This was a time when neo-classical buildings were all the rage on the international architectural scene. They were a symbol of prosperity and the influence of Western culture. This was the Taisho era in Japan, when Western ways were embraced. Sometimes called Japan’s Belle Epoque, artists like Yumeji Takehisa flourished.

World War II changed everything. The aftermath of the intense bombing of Okayama City saw the city devastated. The former Bank of Japan building was heavily damaged yet still standing at the end of the war. If you look at old photos of the area around the building, it is almost as if it were spared to provide the people with some hope of moving into the future.

In 1987 the Bank of Japan moved from the site and in 1989 Okayama Prefecture acquired the land and the building. There it sat unused and neglecting its original purpose until community members got together and decided that it was wasteful to have such an impressive structure lie fallow. They formed an NPO and ten years later the concept of Renaiss Hall was born.

Renaiss is the Japanese take on the word renaissance, which means rebirth. Rebirth is a powerful word, especially in Japan where the entire country had to remake and reinvent itself. The NPO decided to call itself Bank of Arts in a play on words and ushered in the beginning of a new space for the arts in Okayama City.

Renaiss Hall is near the Omotecho Arcade and Symphony Hall and is easily accessible by tram. It is actually walking distance from Okayama Station and is on the fringe of Okayama’s Culture Zone.

Entrance to Renaiss Hall is free and apparently people come from around the prefecture just to admire the architecture. There are no permanent exhibitions or installations, however visitors are encouraged to enter the building and view this relic of capitalism. Walking through you can see the old vaults with their massive doors and locking mechanisms. One constant in Renaiss Hall is the café in a vault. You can enjoy your refreshment in the café or outdoors in one of the garden patios.

Renaiss Hall has several spaces available for rent per hour or per day. Whether you are a performer, artist or art enthusiast, Renaiss Hall may be the place where your spirit is reborn. 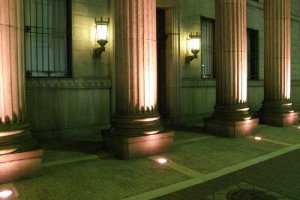 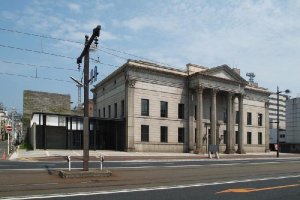 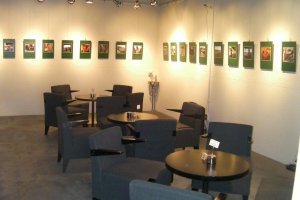