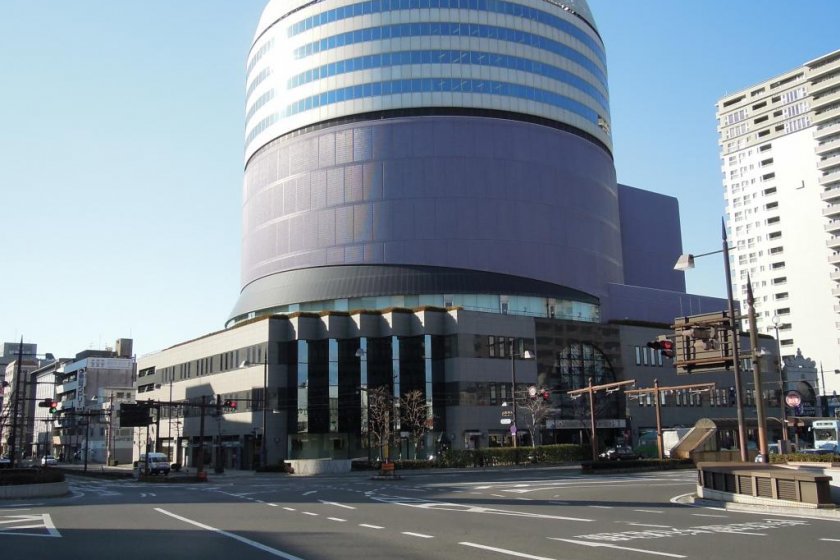 Okayama's musical window on the world

Okayama Symphony Hall opened in 1991 and has since become the center of Okayama City’s music culture. With performances by internationally and domestically acclaimed musicians, singers and dancers throughout the year, the hall is a symbol of Okayama’s dedication to the arts.

Located at the end of Momotaro Boulevard at the beginning of the Omotecho Shopping Arcade, the modern and cylindrical structure is easily recognizable as a concert hall. It is a short fifteen walk from the east side of Okayama Station although you could catch a tram if you preferred. Symphony Hall is in the heart of Okayama City’s cultural zone so there are a several points of interest you can explore during your time in Okayama. If you need to stay the night there are a variety of hotels near both sides of Okayama Station and around Symphony Hall as well.

Okayama Symphony Hall’s impressive 2001 seat Main Hall is where the major performances are held. It has wheelchair space and offers a comfortable environment in which to enjoy performances. Outside the Main Hall is a small café that sells refreshments that can be enjoyed in a lounge area which wraps around one side of the building. There is also an Event Hall for smaller scale events, including local recitals. The Japanese Style Hall is a space used for events that suit the ambience and refined simplicity of Japanese design. Recitals and lessons can be held in two studios available within the Symphony Hall building. The price for attending performances and events vary depending on the performer and the seat location. To my surprise all of the halls can be rented, including the Main Hall. Of course the fee depends on the amount of time and the type of space required.

Approximately fifty percent of the performances in Symphony Hall happen in the Main Hall and of course the resident Okayama Philharmonic gives concerts throughout the year. Well-known artists who have performed at Symphony Hall include soprano Kathleen Battle and conductor Seiji Ozawa. Orchestras from around the world have visited Okayama Symphony Hall, making it a truly world class venue and a place where performances continually inspire. 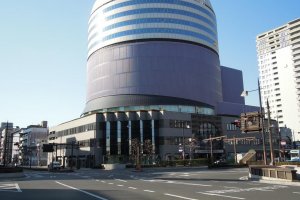 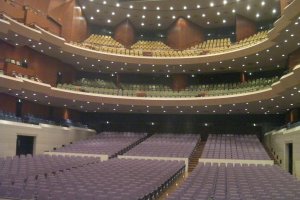 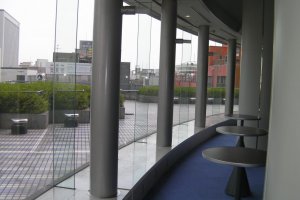