Jazz it Up at Zac Baran

A night at one of the oldest jazz bars in Kyoto

Japan has a love affair with jazz that dates back to the start of the 20th century. You can find jazz clubs in any of the major cities, including 'jazu kissa' cafes where you can listen to records while enjoying your coffee. Kyoto's jazz scene is not as vibrant as neigbouring Osaka, one of Japan's historical jazz capitals, but it still shares a love of the music with several clubs and bars around the city.

One of the legendary spots is Zac Baran. Opened in 1977, during Kyoto's jazz boom, Zac Baran is one of the oldest jazz bars in the city. The name means 'straight talking' in Japanese, a nod to the music's free spirit. It is the quintessential jazz bar with lots of dark corners, dim lights, curling cigarette smoke and tons of atmosphere. For the enthusiastic vinyl collector, it holds thousands of old jazz and blues records.

Zac Baran also hosts live performances by established performers as well as open mic nights where amateurs can come and jam with fellow enthusiasts. I happened along on one of these nights on a Sunday. Among the musicians that night were two saxophone players, two pianists, a couple of vocalists, one cellist, a jazz drummer, and even a tap dancer. Japan has produced world-class jazz musicians like Toshiko Akiyoshi and Takuya Kuroda, and listening to that night's performances, the artistry is sterling. As the night wore on, the place was comfortably full with patrons chatting freely and amicably in between songs.

Entrance to open mic nights is free. Drinks and food are reasonably priced, especially for the superb entertainment. Beer is priced at ¥600, while cocktails and spirit go for ¥600 to ¥750. You can nurse a Black Nikka whiskey for ¥550 while tapping your feet to the beat of some soul-stirring jazz. For food, there is an English menu offering pizzas, pastas, quiches and more.

Zac Baran is located near Kyoto University, on the north side of Marutamachi. Due to it's proximity to this learning institution, the bar apparently served as the unofficial meeting point for students and professors talking about revolution and things of that nature. If true, the smell and spirit of bohemianism is firmly infused into its dark wood interiors, making this a special find indeed. 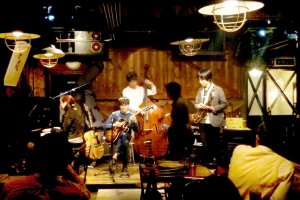 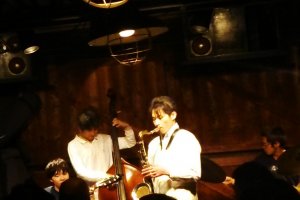 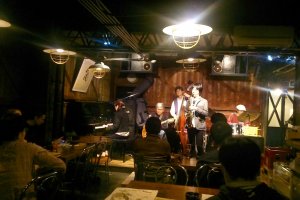 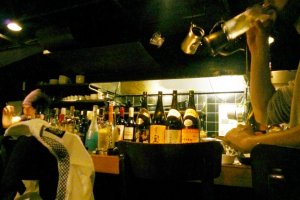 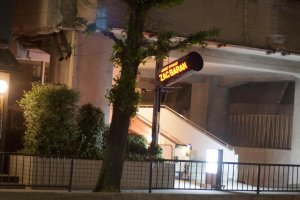