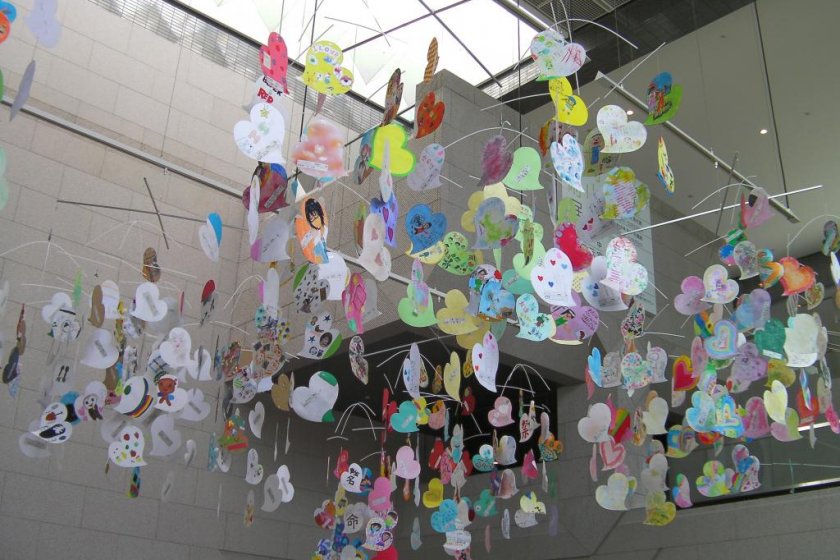 Art from local to international all under one roof

I took art appreciation and history classes in high school and university which required museum visits in order to produce reports to be graded. What I realized then was that beauty and art are two subjective concepts. Art is really about how objects make us feel. There are two types of people, those who go to museums and those who don’t. I am sorry to say that I have been in the latter category for too long.

Fortunately, Okayama has a cultural zone with several locations dedicated to the beauty that has come from the imagination of artists from throughout time and around the world. There are museums and parks all within walking distance from Okayama station. The Okayama Prefectural Museum of Art is a strikingly modern building that was designed by the same architectural firm that designed the Orient Museum just down the road.

For people like me who are slightly intimidated by art museums, the Okayama Prefectural Museum of Art is a user-friendly and inviting way to enter the world of fine art. I’ve been told that it is fine just to come in for a coffee and a meal at the café. I was surprised to see two junior high school girls go into the museum without adults. This told me that an effort has been made to integrate the space into the community. There were two mobile installations hanging from the ceiling produced by local children in tribute to the great Russian-French painter Chagall. For two months, selected pieces of his work on loan from a private Swiss collection were on display, giving visitors a look into the life of one of the most influential artists of the last century.

The museum has oil paintings produced by Japanese artists who studied abroad during the Showa era. There are also paintings reflecting life in Okayama as well as a healthy amount of bizen yaki sculpture. I was impressed with an installation by a local artist/craftsperson that was essentially an enclosed traditional Japanese tatami room that seemed to invite the viewer to enter, though it was not actually open for use.

Last, the ink wall hangings nearby show the influence China has had on Japanese art. In so many ways, the Okayama Prefectural Museum of Art is a great way to get to know on art both local and international. 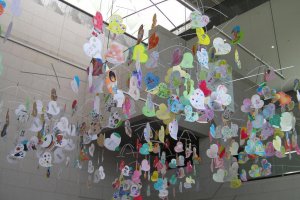 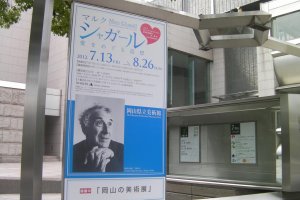