Discover Okayama's history through one of the city's most recognisable emblems

In contrast to its neighbour Himeji Castle, famous for its pristine whiteness, the keep of Okayama Castle is covered almost entirely in black lacquer boards, much like Matsumoto Castle in Nagano Prefecture. This appearance has earned it the nickname of U-jo, or 'crow castle'.

Okayama Castle remains as a symbol of the city even until today. Completed at the end of the 16th century, a large part was destroyed during the World War II bombings, which devastated many other monuments and sites all over Japan. The current main tower dates back to 1966 and was rebuilt in concrete.

Built during an era when Japan was divided into fiefs, each governed by a clan, Okayama Castle was the residence of numerous families. It initially belonged to the Ukita clan, with whom the construction began, before being passed to the Kobayakawa clan and then the Ikeda clan, who added the splendid Okayama Korakuen Garden located a stone's throw from the castle. You can actually buy a pass that combined tickets to both sites.

The keep extends over several floors, but visitors can take the lift to go from one floor to the next. The top floor, however, is accessible only by stairs, and houses an observatory offering a spectacular 360-degree view over the entire city of Okayama.

The lower floors offer numerous activities. Among other things, it's possible to try on a Japanese kimono free of charge, together with a wig! As an added bonus, you'll be able to capture this moment with your own camera—free of charge! Please note, however, that the experience is offered only to the first five people to arrive each hour, and it is not possible to reserve a place in advance. So make sure you arrive a few minutes early if you're interested in this activity. While waiting, why not go for a walk around the floor and enjoy the displays of Japanese swords and other materials which relate to the lord of each era?

On a lower floor, both young and old can try their hands at pottery to create an item from Bizen ceramic. Your works of art can be sent to you afterwards. On the same floor, you'll find souvenir shops as well as a little café, where I recommend that you stop and try its specialty - the fruit parfait, a delicacy garnished with fresh fruits locally sourced from Okayama.

English-speaking guides are available for tourists who are curious to know more about the history of the castle and the region around Okayama in general but are not fluent in Japanese. Don't forget to make a reservation before you visit the castle if you need an English-speaking guide. I wouldn't recommend the visit to history enthusiasts who are likely to be unsettled or even disappointed by the modernity of the castle. On the other hand, I think the fact that activities are offered is an excellent way of making the visit to this very attractive castle interesting to the young and not-so-young for whom history classes are a bad memory!

Find out more about Okayama Castle. 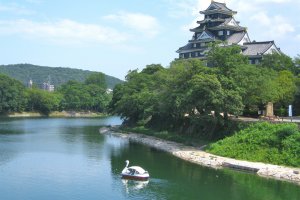 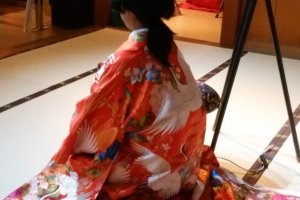 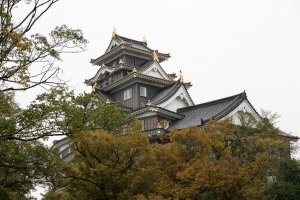 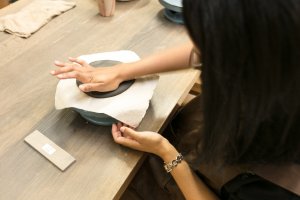 Elena Lisina 2 years ago
Really interesting and different castle, worth to see!
Reply Show all 0 replies

Preethu 5 years ago
Okayama Castle is a bit different in appearance from all other castles that I have been to. I like the vast Garden, Korakuen.
Reply Show all 0 replies
2 comments in total