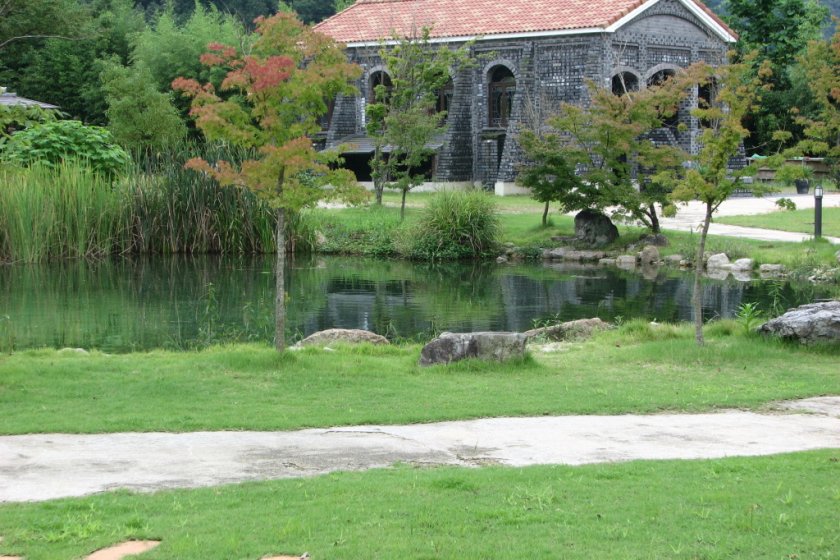 Do you know how to get to Yoshinaga, Bizen City? Well here is the easy way. Go to Hinase, turn left and go straight for a few minutes. Sound easy? It is. That's all I did to find one of the most picturesque landscapes in Okayama.

Of course, you might be wondering why I would want to go to Yoshinaga in the first place.The reason: beer! My destination was a micro-brewery that I had heard about. When I went about looking for it the only name I had to go on was Mitsuishi Renga. I was told that this was the company that owned the brewery. Upon arriving in Yoshinaga, I was given directions to what was a brick making company. Renga means brick in Japanese. Indeed, I did notice there were so many brick buildings in central Yoshinaga, such buildings being rare in Japan.

Arriving at Mitsuishi Renga I wandered in an out of brick buildings with no one to be found. Finally, came across a couple of guys who looked like they were working on a new mixture for bricks. One of them took the time to confirm that the brewery was related to the brick company but was located a good fifteen minutes away. With that, I continued my search for the elusive brewery.

As I proceeded, the words of the brick company worker reverberated in my head. "Look for the gate, look for the gate". Suddenly, on the right, I spotted a gate made of brick marking the entrance to some sort of brick paradise. I entered the Le Mani restaurant and told the staff that I had an appointment. I was escorted to the president's corner which faced a wall of wine bottles. He was preoccupied with what appeared to be CDs, selecting the next classical piece to set the atmosphere. With cinematic timing, he turned to face me just as I was brought over to him. "My name is Mori, please have a seat." I sat down and the president set about explaining what his company was all about.

I understood the concept of selling bricks but I was confused about the relationship to beer. Mr. Mori went on to explain that they make a light beer and a dark beer on the premises as a way to attract customers to the Italian restaurant. The restaurant was thought up as a way to showcase the possibilities of brick construction in order to make headway in the home construction market. He figured that if people came to the restaurant and saw the beauty of bricks, this typically Western construction material could catch on. Mr. Mori thoroughly explained that their bricks are patented and extraordinarily strong, having been compared to other grades and tested in a seismic lab.

I went outside to tour the facility. This was more than a restaurant with a brewery as the compound contained multiple buildings with several halls and an outdoor staging area. As we spoke, Mr. Mori pointed out that there was a concert coming up featuring African drums. After circling a fountain made of brick past the requisite koi pond, we followed the yellow brick road to what would have to be the show piece of  Le Mani. There is an onsite, fully completed brick house available for rent. For around JPY17000 per night, you can fit as many people as you can into an exquisitely designed dark brick house with wood accents. The idea is that once you stay you'll want one for yourself.

After taking it all in, I returned home with my gift of English style dark ale. I popped the top and as a beer drinker, noted the absence of the mass produced, dime a dozen taste supermarket beer has. A natural tasting beer, a modern version of ancient building materials and a thriving business in the middle of a small community; a toast to Mitsuishi Renga and Le Mani! 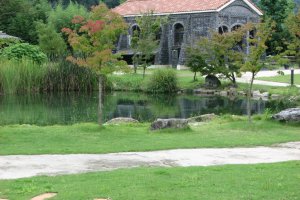 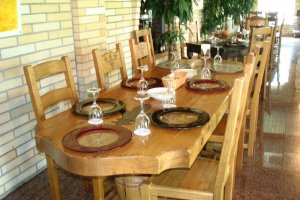 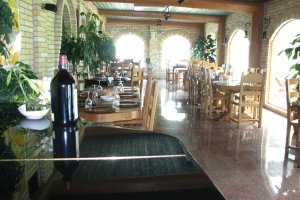