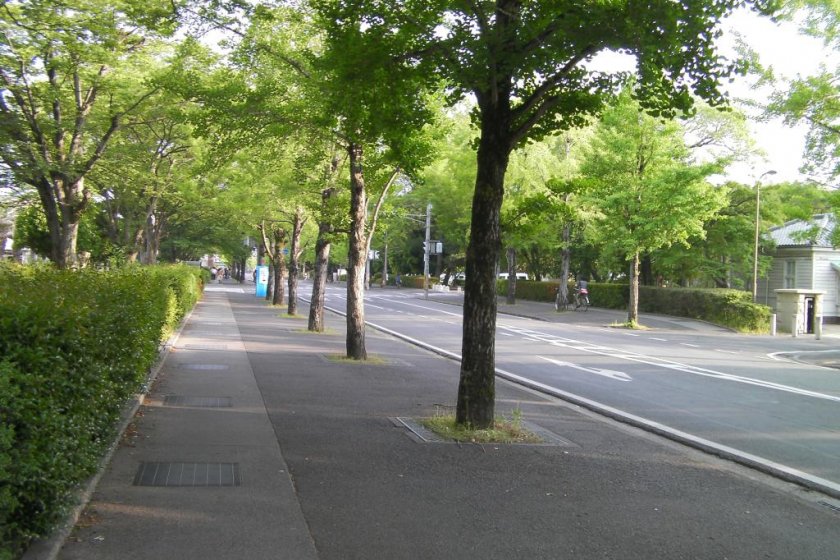 leading up to the clock tower

What is the center of a city? Is it the tallest building, the port or the most popular district? There are probably even more possibilities you could argue but I would guess that in any major city, universities have a role to play.

Perhaps the most well known department is the Faculty of Medicine but I have met many students from abroad who are studying for undergraduate and advanced degrees in a variety of fields. A few weeks ago I attended one of the public lectures held in English throughout the year. There was a healthy mix of Japanese and foreign teachers and students. It was a great chance to meet people without having to spend money.This particular lecture was in a classroom in the Language Education Center.

The university is located in Tsushima, which is northwest of Okayama Station. This neighborhood is full of students because there are three universities and several junior and senior high schools in the area. Tsushima has coffee shops, restaurants and music clubs like any other university district. It also has its fair share of bicycle and motorcycle shops.

You can walk to Tsushima in about thirty minutes from the west side of Okayama Station. This is the best way because you will pass several points of interest like Okayama Sports Park and the Martial Arts Arena.

When you follow the road that wraps around the park and merges with route 53 you’ll be near the tree-lined boulevard that leads to the university’s clock tower. This is one of the most convenient blocks in Okayama. There is every kind of shop and service you could want. There are convenience stores, record shops, a post office and of course tons of students on foot or on bicycles.

Another popular university hang out is Tsushima Mall, which has a video shop and several cheap fast food restaurants. The Okayama University area is a great place to do some inexpensive eating and shopping and feel like a student again. 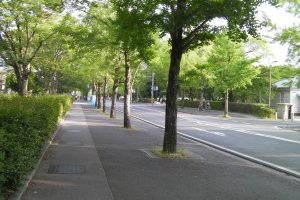 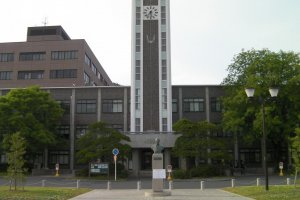 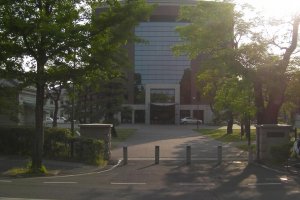