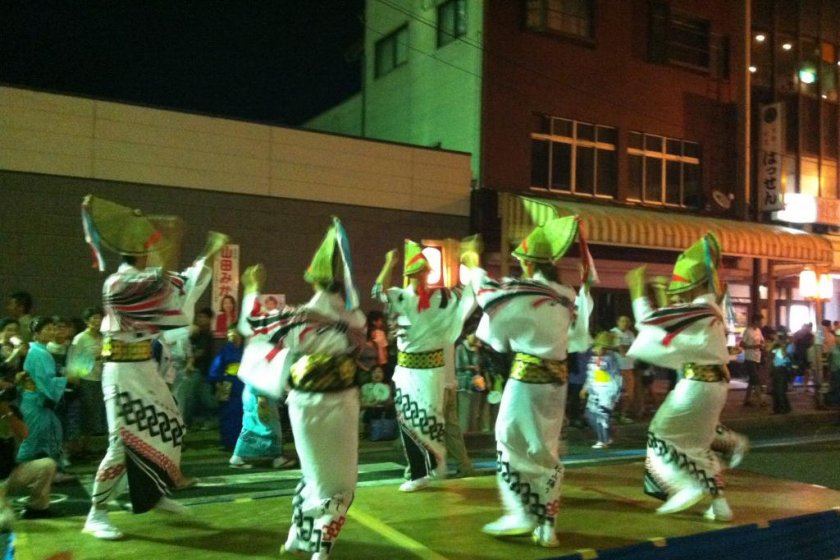 If you visit Japan in the summer and get the chance, you have to check out a summer festival. I did just that at Takahashi City's Matsuyama Jo Odori Matsuri – the local castle's dancing festival, which is actually near the station. Takahashi's festival is a three day celebration from 14-16 August every year, regardless of the day these dates fall on.

During this period, when the clock hits seven, the whole town comes out to join the party and dance Takahashi's local traditional dances. The street leading down from the station is a bustling sea of yukatas (Japanese traditional summer wear) as people prepare to dance in procession around the lantern lit stage in the middle. The constant beat of the taiko drum, a small band of traditional instruments and a singer, keep the crowd going for four hours until eleven o clock rolls around.

The evening begins with a dance exhibition and contest. Local groups such as schools, clubs and businesses perform in their traditional colors. There are different categories on each day, for example day one is the children's dancing contest. After an hour or so when this has finished, it's a free for all – anyone can join in.

The atmosphere is very inclusive, you feel you can have a go if you like, for as long as you like. Don't worry about not knowing the dance to begin with, just copy some of the locals. It takes a little while to pick up, but the dances are fairly easy once you've done a couple of practice runs.

I only danced to the faster of the two songs, which involved banging an imaginary taiko drum a couple of times. Of course I made many mistakes, but it all adds to the fun. Part of the charm about Japan for me has always been that I am constantly in situations where I don't really know what I'm doing or what things mean, but I always want to take part and see how things are for myself. Usually you're surrounded by friendly faces, encouraging and eager to help.

Be sure to check out the street leading from the stage, take a right down there if you're heading from the station. There are food stalls selling anything from fried meat on sticks, yakisoba noodles and my favorite, squid, also served on a stick. I like to wander and try little bits from several stalls.

In front of the station, there are ice sculptures sculpted by men with chainsaws. The unicorns, horses, dragons and everything else on display are constantly melting in the heat. The water running down the straight adds a cooling element to the heat of the summer evening.

Takahashi can be reached easily by train from Okayama City, the fastest train takes around 35 minutes. Check www.hyperdia.com for train times in English. Be sure to enter Takahashi as 'Bitchutakahashi', the name of the main station. From there you can step out, eat, drink, dance and be merry. 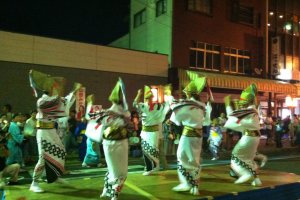 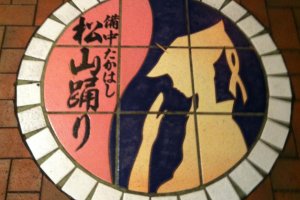 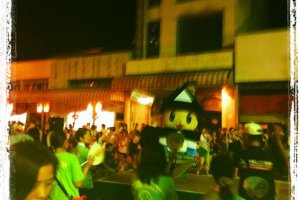 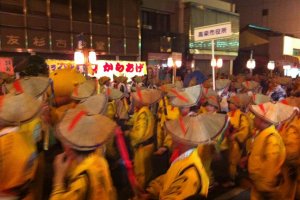 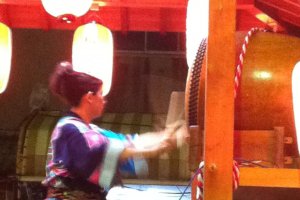 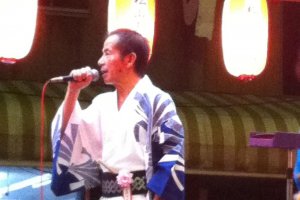 Elena Lisina 2 years ago
It must be great! I watched one in Tokyo and it was such a happy time!
Reply Show all 0 replies
1 comment in total