Torii-Kuguru guesthouse was opened in 2013 by two young men, Kenji Akashi and Akio Noguchi, and is said to be the first contemporary guesthouse in Okayama. It sits in a little complex called Nawate, which consists of the guesthouse, five shops and a bar.

The building of the guesthouse was converted from an old butcher's shop, and apparently a shrine once stood in its place. The red torii gates that you see in front of the little complex was found on-site and left in place. Torii-kuguru means 'walking through the shrine gates'. The renovated structure is quaint with plenty of wood and little charming touches like hand painted signs.

There are two dormitories, one mixed and one just for females. The mixed dormitory is a fairly large and airy space, with the bunkbeds comfortably spaced out. I stayed in the female dormitory, and had the upper bunk of a wooden capsule-like bunkbed. It felt private enough and was comfortable. Private Japanese-style rooms are also available.

The kitchen is small, cute and fully equipped, so if you're tired of eating out (or just plain broke), it's a great place to cook your own food. The adjoining lounge is a relaxed space overlooking the courtyard. In the evenings this space comes alive with conversation amongst new-found friends. The guesthouse attracts a young, lively and often artistic Japanese crowd, and the ambience is light and friendly. If you are interested in Japanese craft, be sure to ask the staff about recommended sites and shops to visit in the city.

Check-in at the guesthouse is strictly from 4pm until 10pm. At other times there is a possibility that there is no staff at hand to help you.

The guesthouse is situated away from Okayama's bustle, which lies on the East side of the central train station. It is located in an old shopping strip called Houkancho, that dates back to about a century ago. There is plenty to eat around this area and at a fair price. There is an udon shop next door to the guesthouse. If you want your coffee fix, there are cafes, both old and new, nearby. To explore further you can rent a bicycle from the guesthouse for ¥500 a day. 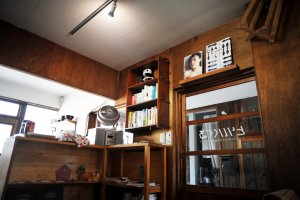 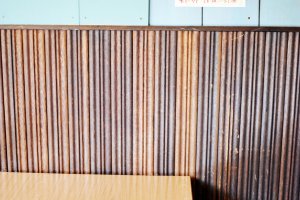 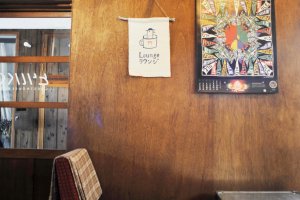 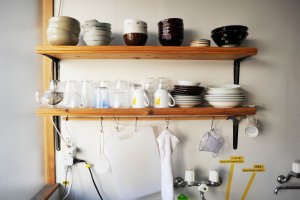 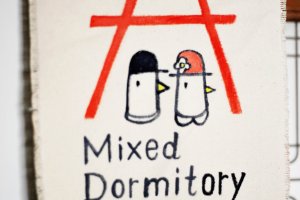