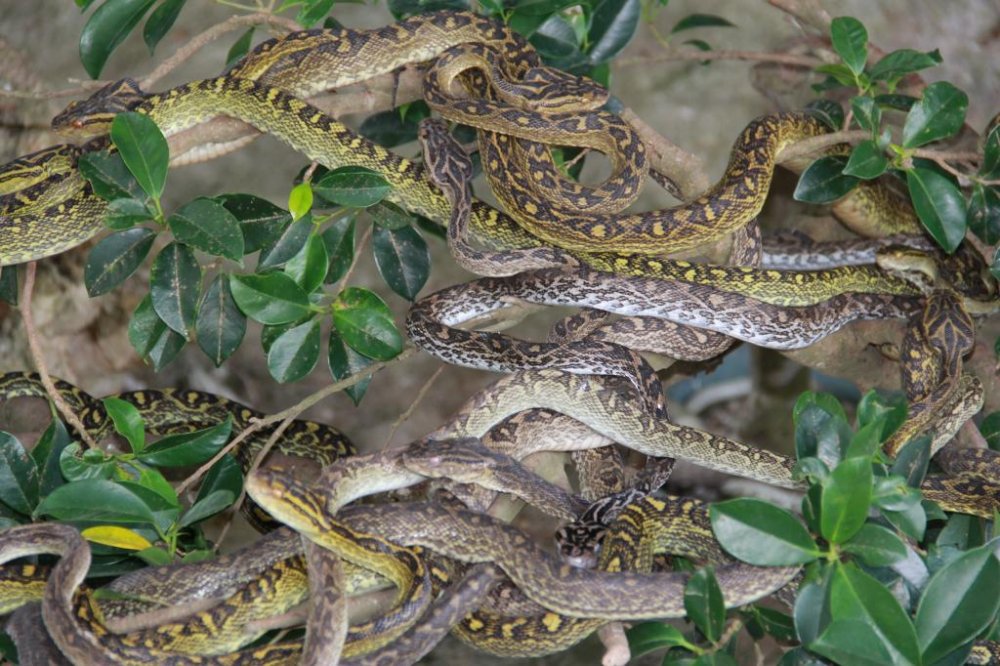 About a dozen Habu snakes rest on a tree branch 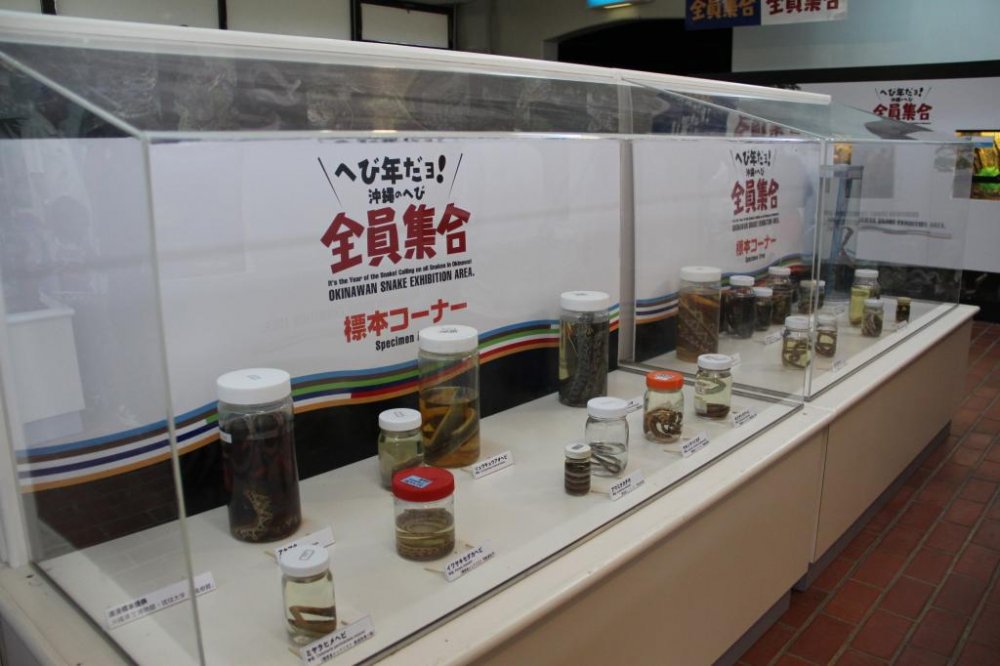 Snakes caught on islands throughout the Okinawa prefecture are on display 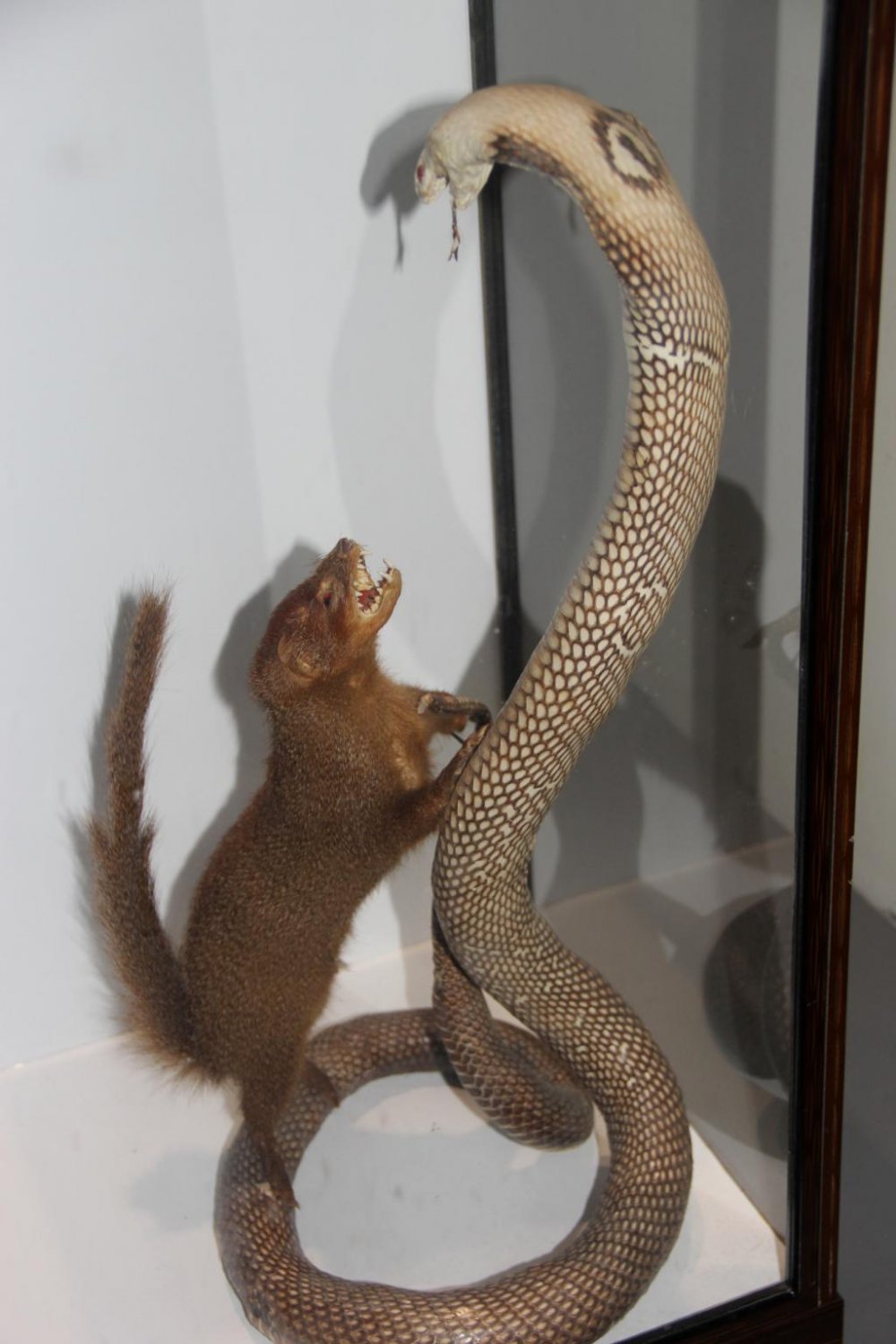 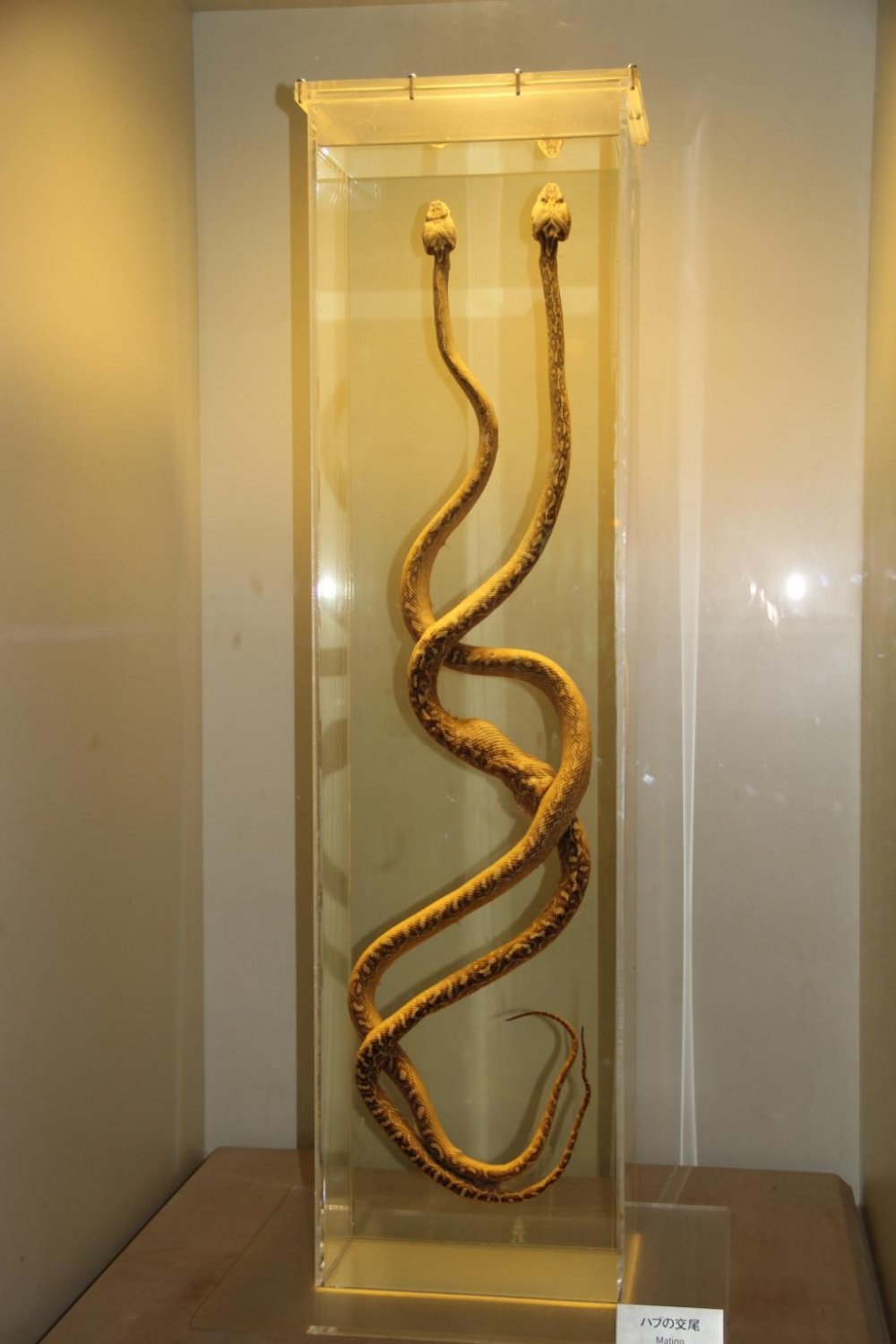 For those that may have wondered what snake mating might look like, the Habu Museum Park has an exhibit showing just that 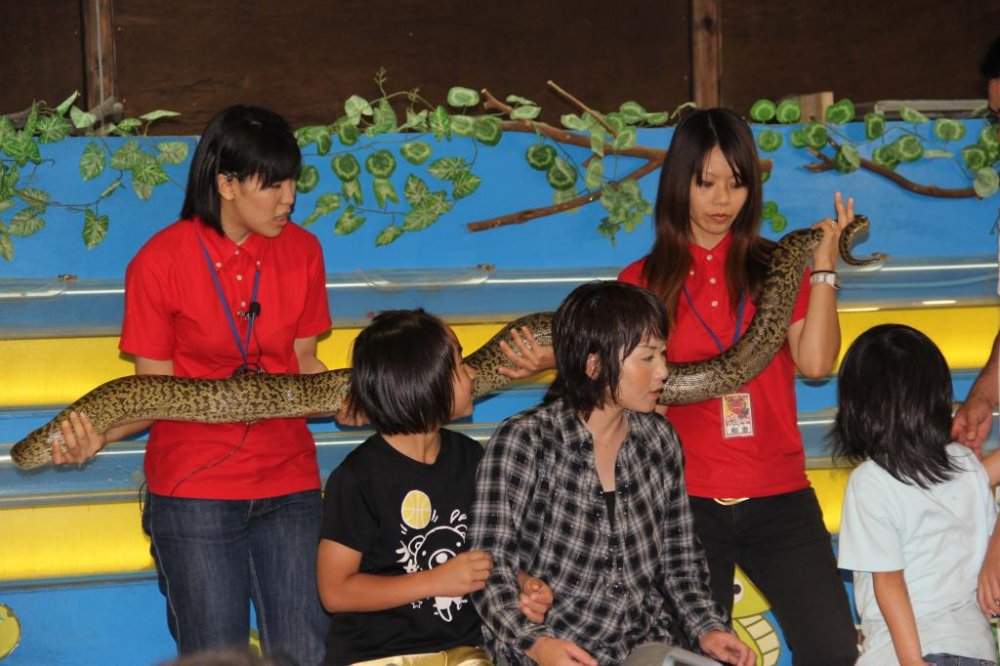 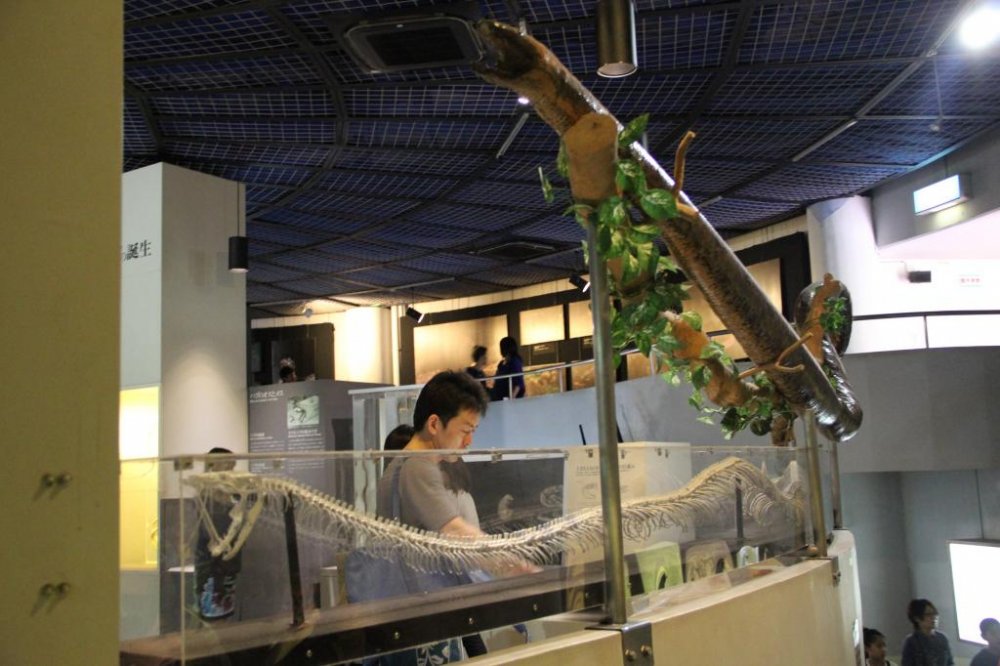 The Habu Museum Park features dozens upon dozens of exhibits and specimens, a snake and mongoose show, and turtles on display at Okinawa World Theme Park 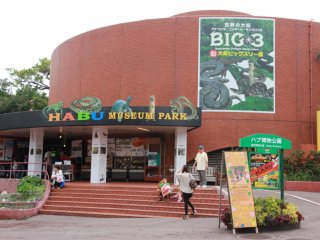 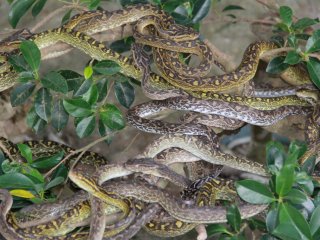 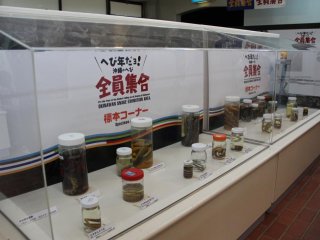 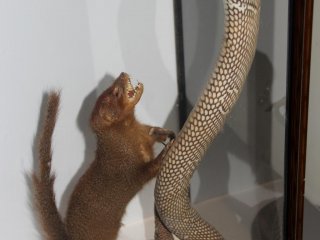 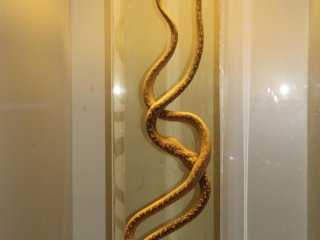 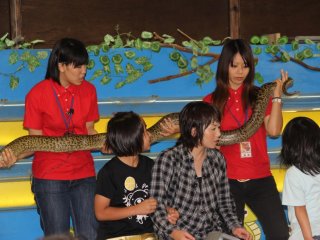 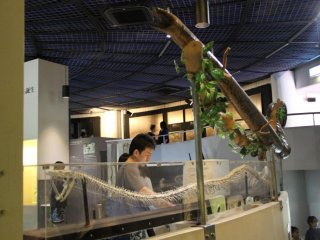 Habu snakes are as Okinawan as shisa dogs, eisa dancing, awamori, coral, and castle ruins. Okinawa World theme park in Nanjo City features the prefecture's premier display of Habu and snake related exhibits. There are more than 100 items or specimens on display including anaconda, habu, python, cobra and mongoose, There is an entertaining snake show that does not feature a mongoose fighting a snake but instead pits them in a swimming race. A handful of the exhibits are interactive; most have placards describing the item in both English and Japanese. Okinawa World is located on Route 17 in Nanjo City; bus lines 51, 54, 81, 82 and 83 stop at the Gyokusendo-mae stop near the park. Entry to Okinawa World is 600 yen for adults and 300 yen for children; the price of admission to the Habu Museum Park is another 600 yen and 300 yen charge respectively . The park is open 09:00 ~ 18:00 daily. The snake and mongoose show is 20 minutes long starting at 11:00, 12:00, 14:00, 15:30 and 16:30.

Justin Velgus 6 years ago
Looks interesting. I didn't know mongoose were in Okinawa, too.
Reply Show all 0 replies
1 comment in total

Justin Velgus 6 years ago
Looks interesting. I didn't know mongoose were in Okinawa, too.
Reply Show all 0 replies
1 comment in total