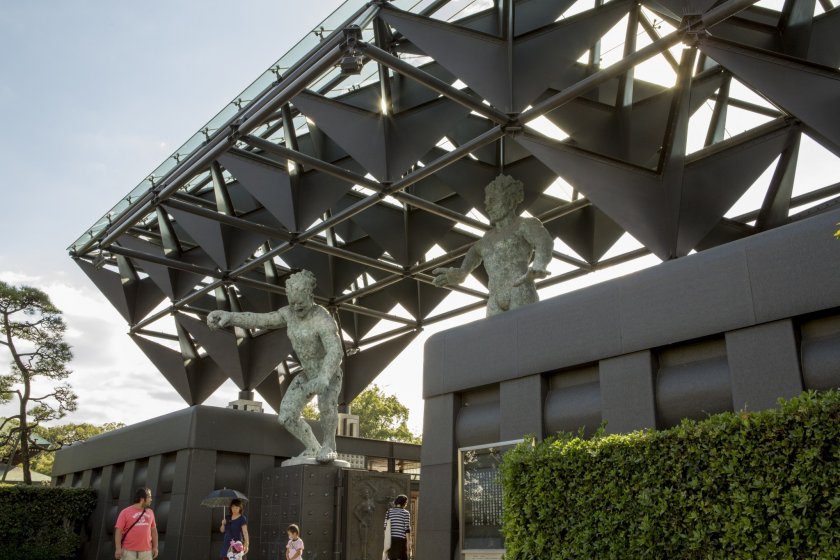 Discover the meaning of Okotsu Butsu

The contemporary gate at Isshinji Tennoji is like no other temple

Buddhist temples are always extremely interesting places to visit and unlike any structure in the western world they truly are a sight to behold. Though Japan has thousands of temples, some posses a uniqueness that makes them an absolute must. If you’re staying at Hotel La Aroma or simply visiting the Tennoji area, Isshin-ji is like no other.

The first thing that caught my eye was the temple’s gate. A contemporary geometric structure of steel, glass and concrete sits in place of the traditional wooden Mon though the Nio still stand guard. Accompanying this is another modern structure. The Hiso-den building was built in 2002 and strangely designed to resemble a church. More surprisingly the current head priest designed both, as he is also an architect. These are two reasons alone to come and visit.

The temple is in fact famous for another reason though. Amida, the principle Buddha in many sects of Buddhism is a common effigy on display at temples. Isshin-ji has seven in it’s possession though they very different from others. Okotsu Butsu (お骨佛) literally means bone Buddha and the Amidas on display here are cast from resin and the ashes of those who have past. In 1887 the first statue was brought to the temple by common folk and since then one has been produced every 10 years. Up until WWII there were six though these were lost during the bombing of Osaka. From their fragments the seventh was created and incredibly it was formed from the ashes of 220,000 people. Number thirteen was completed in 2007 meaning 2017 will present the next. Though this may seem a little macabre to some it must be a greatest of honour to spend eternity so close to Buddha.

The temple was laden with offerings of various kinds and many people come to pay their respects. Some come simply just to enjoy the pleasant weather and read, as there is a small area with tables and chairs. The grounds are beautiful and the temple’s history and features are like very unique so it was no surprise people had come for these alternate reasons. Whether you decide to enjoy the grounds too or pay respect to those who now take the form of Amida, Isshin-ji is a marvellous place to spend some time. 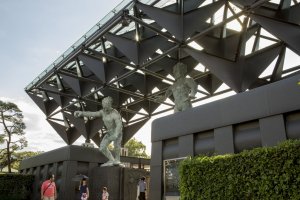 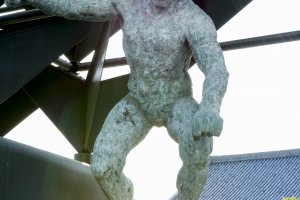 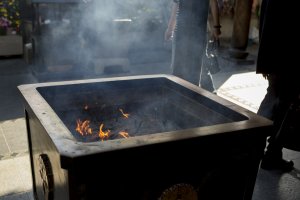 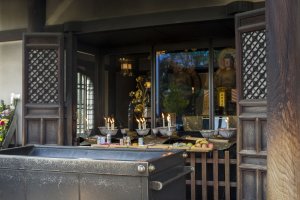 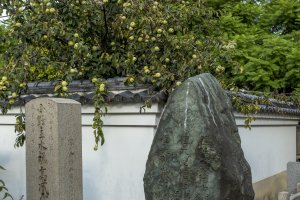