Themed eats, drinks, and merch at this limited-time event

For fans of the much-loved Sanrio character Pompompurin, a pop-up cafe is running in Osaka from January 27th through until April 12th. The cafe has a variety of Pompompurin themed eats and drinks to enjoy, and unlike many other pop-up cafes, reservations aren't required for this one!

It's worth noting that if you're after a main meal here you're out of luck - the food at this event is dessert themed. The options include the likes of a vanilla-flavored mousse cake, a parfait with caramelized brûlée and vanilla ice cream, and a sponge cake topped with whipped cream and strawberries. The full menu (with photos) can be found on the official event website.

The Osaka Pompompurin pop-up event takes place at the Season&Co cafe within the Links Umeda mall. It can be accessed in just two minutes on foot from Osaka-Umeda Station, served by the Hankyu Railway's Kobe Line, Kyoto Line, and Takarazuka Line, the Hanshin Electric Railway's Main Line, and the Osaka Metro's Midosuji Line. 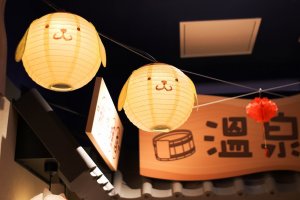 Elena Lisina 2 months ago
Umeda building is quite spectacular and has great view from its observation deck on the top.
Reply Show all 1 replies

Kim Author 2 months ago
I like that whole area of Osaka a lot! :)
Reply
2 comments in total