Having explored very many Japanese temples, I've often been struck at how much beauty can be found even at the smallest, least-known, most out of the way temples. For the devout, every sacred space is important. I was reminded of this when I visited Houkou Temple (Houkou-ji).

Koukou Temple is not a tourist destination by any stretch of the imagination. It is a small, local Buddhist temple that I stumbled across while hiking in the area. But I'm glad I did. The temple is full of beautiful statues and buildings, and was a pleasure to walk around and explore.

Houkou Temple was built in the Shingon Sect of Buddhism, which is one of the major mainstream branches of Buddhism in Japan. The practice originated from India, and was later brought to China. Japanese monks traveled to China and returned with the principles. Today it houses practitioners of the Soto Sect. The temple is said to have been founded in the year 1386.

Visitors will first be struck by the Nio, or large "guardian" statues near the gate, and by the line of small statues clothed in red cloaks. In front of the temple is a large, magnificent bell. This bell gets rung in a special ceremony every December 31 / January 1 in order to "ring in" the New Year.

The current main hall was designed and originally constructed around the year 1700, but has been rebuilt since then. It houses several treasure swords (not available to the public), which have been designated as important cultural properties. The temple also houses an important statue of a seated "Jizo Bosatsu," a famous bodhisattva in Buddhism that has become the Japanese patron deity for children, deceased children, and children who died as aborted fetuses. This statue has been designated as a protected cultural property by Saitama Prefecture.

The temple grounds also include a large, white Kannon statue, in which the deity is seen holding and surrounded by children. There is also a beautiful Japanese-style garden, and many smaller structures and statues.

Visitors are not encouraged to go far out of their way to visit Houkou-ji, but those who will already be in the area should consider taking a look.

Houkou Temple is located in Hanno City, Saitama. It is a 2-minute walk from Agano Station, which is the last stop on the Seibu Ikebukuro Line before it turns into the Seibu Chichibu Line. 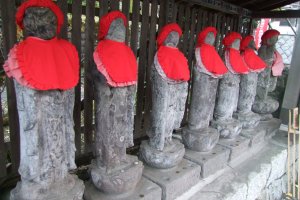 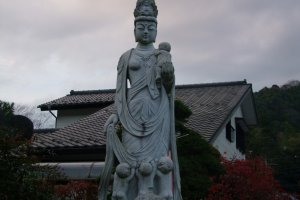 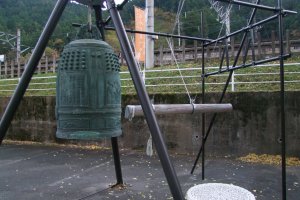 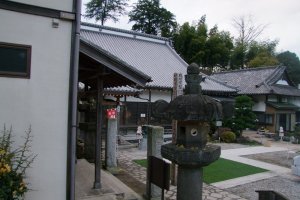 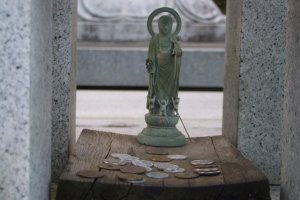 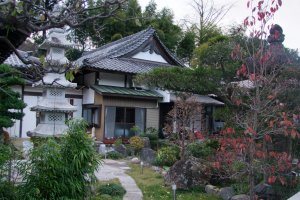