Ahhh, summer! It's a season for the simple joys in life: sun, swimming, picnics, and excessive amounts of chocolate chip-cookie dough ice cream. Along that line of thinking, one of the best ways to celebrate the warm weather is to check out the annual summer festival held in the town of Ogose, in Saitama.

Never heard of it? Of course not - and that's part of what makes it special. The small town of Ogose doesn't attract many visitors from out of town, and as a result their summer festival feels like it hasn't changed much in many, many decades. It will charm you with the purity and simplicity of small-town life. And on top of that, it's a lot of fun.

The Ogose Summer Festival (Ogose Matsuri) is highlighted by a collection of six different traditional-style floats, called dashi. Each dashi houses costumed dancers and musicians playing local folk music on traditional flutes, drums, and hand bells, who perform as teams of people pull the dashi around the town by long ropes. The dashi are very ornamental and beautiful, covered with rich colors, lanterns, and sometimes even statues. As the floats move around town, if two of them meet at a crossroads, they have a musical "battle" against each other called hikkawase, in which the teams of musicians and dancers try to avoid making the first mistake. If they do, their team has to pull them to the side to allow the victorious float to pass through.

Each of the six floats comes from a different town, whose people are the performers and pullers for their own float. The six towns represented are Honcho, Nakacho, Kamicho, Arajukucho, Kawaracho and Kuroiwacho.

As a grand finale, at night all the floats end up near the Ogose Town Hall where they line up side-by-side and all perform at once. It's a magnificent sight to see, and everyone crowds around to watch it and soak up the atmosphere. The festivities are topped off by a very nice fireworks display that goes off overhead while the dashi performers continue playing.

Of course, as with any other festivals held throughout Japan, the Ogose Summer Festival is a lively event filled with food vendors, games for children, and lots of people walking around wearing their beautiful yukata (summer kimono). There is music and dancing, stages set up for various performers, and lots of fun to be had.

The Ogose Summer festival is held throughout the town of Ogose beginning at Ogose Station, which is on the Tobu Ogose Line (a branch of the Tobu Tojo Line connecting at Sakado Station) and the JR Hachiko Line. It is held in late July. 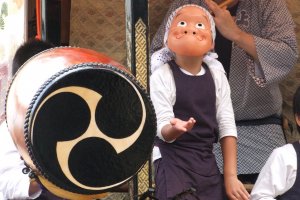 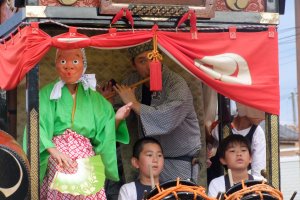 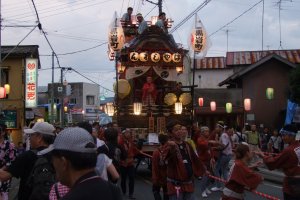 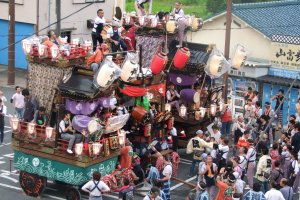 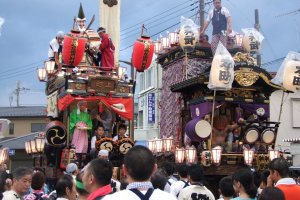 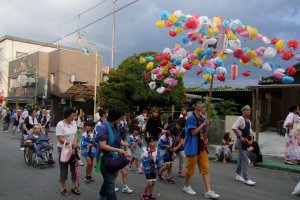 Elena Lisina 3 years ago
Sounds great and I'd like to be there!
Reply Show all 0 replies
1 comment in total