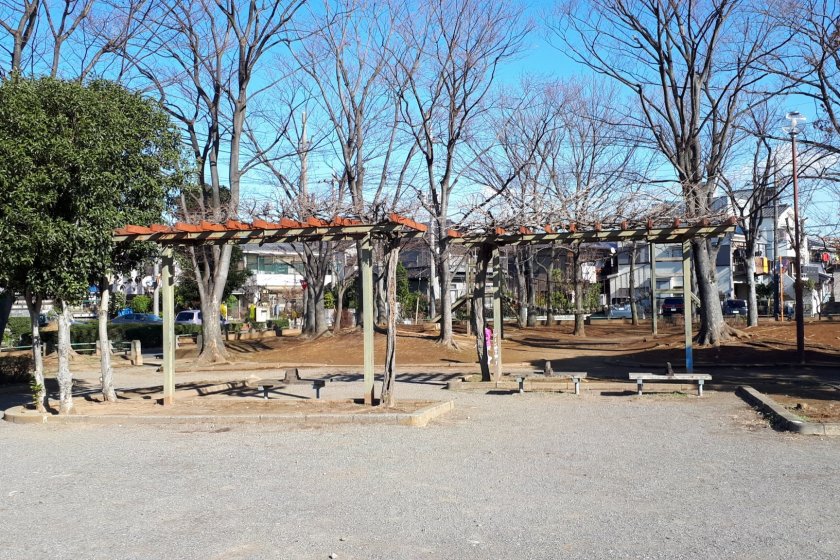 Good fun at a local park in Yashio City

There comes a time when, as a parent, you've had your fill of budget busting 'amusement lands' or 'happiness centres'. On holiday with an entourage of your prides and joys, you're often left wondering whatever happened to simple?

Public parks abound and are veritable treasures. In suburbia, where entertainment options can sometimes be limited, local parks can act as a divine blessing for parents wishing for something quieter, cheaper and more convenient than one more trek into crowd-mania. One park that has proven to be a godsend has been Ushiroya Higashi Jido Park in Yashio City, a suburb in Saitama prefecture nestled next to its slightly more recognisable neighbour, Soka City.

Large by local standards, Ushiroya Park features basic double swing set and slippery slide equipment as well as a gated sandpit. What sets this park apart from other local ones, however, is its jungle gym equipment. Constructed out of timber, the jungle gym features turret towers, climbing ropes and that good old adventure favourite, a wooden suspension bridge that wobbles back and forth every time you try and cross it.

Our kids have spent hours here fighting the great battles between elves & orcs! Charging at each other with cheap toys picked up from the local supermarket, the creativity and imagination, not to mention the sheer endurance, of playing freely in a local park like this is a beautiful thing to watch. Every now and then, one of the neighbourhood kids joins in and at those times, you know things are good.

Take my advice parents, you don't have to spend lots of money to have a good time with your children. It's all there, at your local park.

A 9-minute bus ride from the East Exit of Soak Sation on the Tobu Skytree Line. Take the number 4, 5 or 6 Tobu Bus and alight at Igusadanchi Bus Stop. The park is a short stroll. 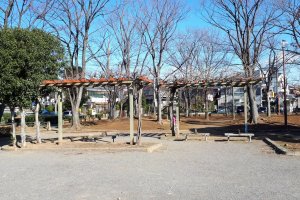 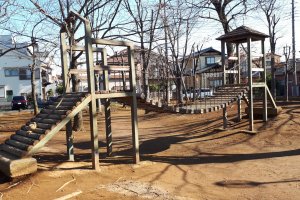 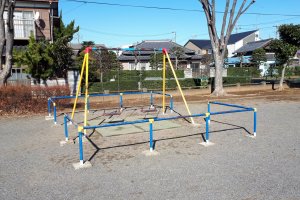 Elena Lisina 9 months ago
It looks like you had good weather in Japan!
Reply Show all 2 replies

Sleiman Azizi Author 9 months ago
It certainly was a warm winter.
Reply

Elena Lisina 9 months ago
Good! I can travel on rainy weather, too, but prefer blue sky!
Reply
3 comments in total