A remarkable mountaintop complex just outside of Kyoto

The main hall at Enryakuji is undergoing a ten-year program of renovations that began in 2016. The main hall itself can still be entered, though it is largely covered with scaffolding through the renovation project. More > Note the opening hours vary by location within the temple.

It’s so easy to get lost in the bustle and crowds of Kyoto’s beautiful temples. Many of Japan’s most popular shrines and temples are found in the former capital, drawing in international crowds every day of the year. But while the sites themselves are remarkable, the never-ending swarms of people can make you forget the original purpose of these places.

Enryaku-ji is there, if you want to remember that Japan’s famous Buddhist temples were built to be quiet havens of religious meditation and practice. Located just north of Kyoto, on the top of Mt Hieizan, Enryaku-ji is just a quick hop (train ride), skip (stroll) and jump (cablecar ride) away, but you might as well be in an entirely different world.

There are three major complexes (and several other, smaller clusters of buildings) on top of the mountain. Each have their own unique feel and history. All of them were targeted by Oda Nobunaga, who burned down the majority of the buildings in his push to unify Japan (frankly, I’m impressed he could get his army up the mountain in the first place). So while you won’t find five-hundred-year-old buildings like you would in Kyoto, there’s a perfectly good (and interesting) reason for it.

Enryaku-ji is not trapped in the past, either. The complex is actually the centre of the Tendai sect of Buddhism, making it an important pilgrimage for any who wish to enter the sect as a monk. While it isn’t uncommon to see monks while visiting Kiyomizu-dera in Kyoto, it is rare for them to have the time to walk with you and talk about the particular buildings and the deities enshrined within.

Coupled with the friendly monks and beautiful buildings is the view – waiting for the cablecar is more bearable when you have a magnificent view of Lake Biwa to ogle at.

Of the three areas, To-do is the largest, most accessible, and most popular complex. A short, fifteen minute stroll through the woods leads to Sai-to, where the oldest buildings on the mountain are. If you really want to get away from the crowds, the Yokawa area is a couple kilometers further than Sai-to, and is seldom visited.

The true highlight of Enryaku-ji is the solitude. While you will occasionally run into a tour group or two, you will avoid the Kyoto crowds. Enryakuji “suffers” from being located next to the temple city in Japan, but make no mistake – if Enryakuji was located outside of any other city, its beauty would make it as popular a destination as Miyajima near Hiroshima, or Nara near Osaka.

Next time you’re in Kyoto and looking for a day away, consider taking a fifteen minute train ride to Enryaku-ji. Its spread-out temples and calming nature walks make it a perfect place to wander for the day.

Find out more about Enryaku-ji Temple. 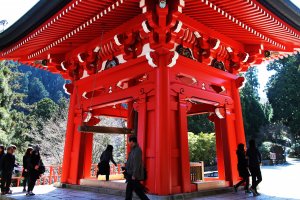 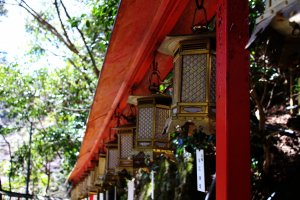 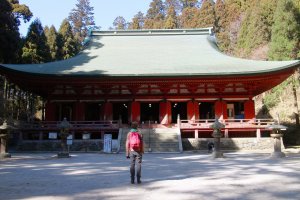 Odilia Sindy Okinawati 6 years ago
Hunting calming places is not that difficult in Japan. Despite that it`s crowded, temples are always quiet and calm
Reply Show all 1 replies

Ian VanDuzer Author 6 years ago
I agree completely - unless you're talking about Kyoto in the middle of Sakura season! That's when I went to Enryaku-ji and it was an amazing change of pace, for being so close to a major tourism hotspot.
Reply
2 comments in total