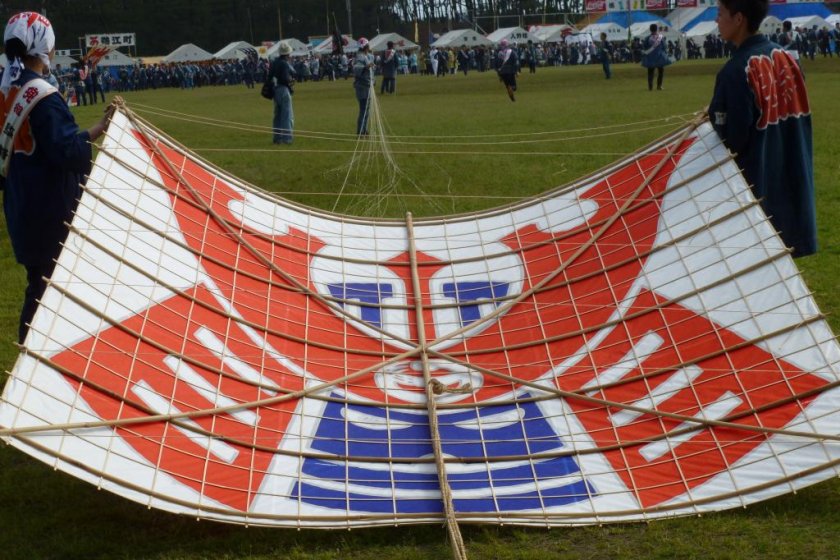 Close-up of one of the kites (Photo: N.Skoulding)

Early May
Close-up of one of the kites (Photo: N.Skoulding)
Venue: Nakatajima Dunes When: Early May 2023

One of the most famous festivals held during Golden Week in Japan (early May) is the Hamamatsu Festival. At 450 years old, this traditional festival is still going strong. It dates back to the 16th century when large kites were flown in celebration of the birth of a baby son to the Lord of Hamamatsu Castle.

The main event of the festival is kite flying, which takes place at Nakatajima dune by the sea and is free to watch. Take a shuttle bus from the bus station near JR Hamamatsu. There will be a sign for which bus to get (250 yen each way).

Over the three-day festival, kites are flown by neighborhood or district teams from Hamamatsu. Each district (or neighborhood) designs and builds a kite that is around 3.5m x 3.5m in size. They're decorated with a paper sheet that has the emblem of the district and are attached to long 5mm hemp strings. The teams themselves wear happi coats with their district emblazoned on them. As these are quite large kites they have a habit of crashing (so beware when you're walking around). Teams will frequently have to repair the kites at which point they will most likely have some sake before relaunching and you will see teams carrying the kites around.

This event has no start time (some teams arrive at 5 am!) but I find arriving between 9 to 10 am is a good time as things begin to get into full swing. The day usually finishes around 4 pm.

The kites themselves represent a newborn boy and at various points in the day, the group will hoist the child onto the father's shoulders and jiggle him around near the kite making lots of noise and scaring the child. In fact, this festival is quite noisy. In the weeks prior, districts will practice chanting, blowing trumpets, banging drums, and generally making noise.

It's lots of fun to see the groups launching and flying the kites. We tried it ourselves. There’s a demonstration area near where the shuttle bus stops. It's staffed by English-speaking volunteers who will help you take part, but it does require a lot of skill and strength. You can also wear a happi coat and pose by some of the kites while having your picture taken.

The flying area itself is lined with the usual festival stalls selling food such as yakisoba, okonomiyaki, and chocolate bananas. There’s even a beer tent so if you wish to match the levels of intoxication of the kite fliers…

A word of warning—this time of year it can be extremely warm and if you're as pale as a sheet you'll get sunburn as there is very little shade. So remember to cover up and apply sunscreen. The area also gets rather muddy, so I would wear a good pair of shoes you don't mind getting dirty.

On the final day, there's kite flying by children during the morning (in celebration of Children’s Day). This is then followed by kite fighting (yes you read that correctly) where the district teams (who are somewhat intoxicated) basically destroy their kites which is both hilarious and scary to watch. The aim of the kite fighting is to cut the strings of the other kites by rubbing the kite strings together. This results in lots of noise as the teams' cheer, as well as smoke and chaos. The aim is for your kite to be the last one flying, which is supposed to bless the newborn child and bring him good fortune in the future. You'll see when two strings cross a free for all, with men climbing all over each other, furiously rubbing the strings together. Things can get quite heated and fights can break out between teams (don't worry, the police are on hand with a party bus).

If you can only make one day of the festival, this is the one to see. 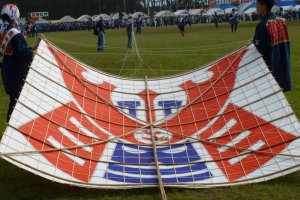 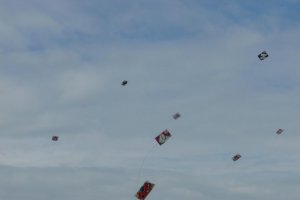 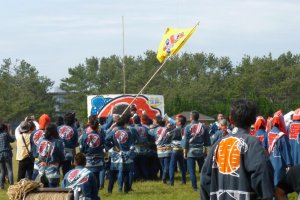 Elena Lisina a year ago
Great event! Hope to see it some day...
Reply Show all 0 replies

Lola Smith 9 years ago
Though I missed the festival this year, the sand dunes near by are definitely worth going to regardless!
Reply Show all 0 replies

Mark Buckton 9 years ago
first place I went outside Tokyo in Japan and first festival I saw. Great fun the fighting kites. Still have my friend's (from the local) area 'kite key ring' on my keys!
Reply Show all 0 replies
3 comments in total