Ten or fifteen minutes' walk south from Kakegawa station, Kachou-En is a very fun place to spend half a day, especially if you have kids. There's a whole range of birds to see, large and small, cute and elegant, indoors and out, plus various activities to watch or take part in.

Inside the main building there are a few different areas: in one you'll see owls perched impassively like museum pieces, in another you'll see scores of colourful little birds zipping around through the air, holding on with their feet to trees, mesh, or my shoulders. There are trees and perches everywhere, and a look at the floor tells you that you need to be careful when walking under the trees.

Then there are a couple of larger rooms: one is for a buffet, where you can eat at tables under a broad canopy of colourful flowers, the other home to ponds covered in huge lily pads that could probably support a small child. At the end there's one more area, that has a shallow pond for wading birds such as flamingoes and ibises to stand in, while ducks potter round among them.

Outdoors there are a couple of ponds for scary-looking pelicans, sedate cranes and curious, friendly (or probably just food-seeking) ducks and swans. A nearby enclosure is home to a gaggle of emus, and you can go inside and get as up close and personal as you like with them.

I got to see one of the two daily bird shows, showing off the skills of some owls and other birds of prey. The owls would fly low over the audience so we could feel the breeze from their broad wings, and the falcons performed the impressive feat of catching in mid-air treats tossed high by the handlers. One or two of the birds were rather uncooperative, just refusing to do what the handlers intended, which for me just added to the charm.

There are more activities throughout the day, such as owl handling, falconry, and feeding the penguins (did I say there are penguins? Of course there are penguins!) and there's plenty of bird food for sale all around. One room also has a little tank of "doctor fish": put your hands in the tank and they'll come out super smooth, as the little fish nibble off the dead skin, with a tickling sensation that prompts cute giggles from kids (and some grown-ups). Then the website offers a "Penguin Wedding"...

Naturally, as you leave you'll pass by a souvenir shop, which sells an impressively wide range of cute flowery and bird-related goodies such as toys and ornaments, cookies, tableware and stationery. 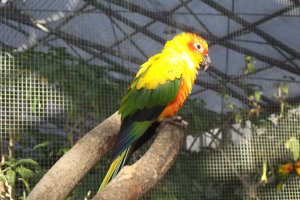 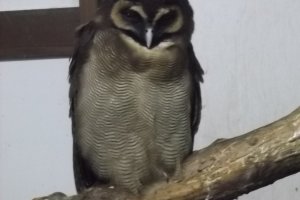 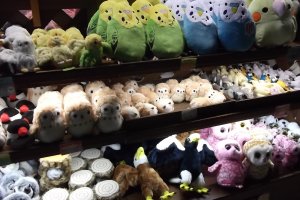 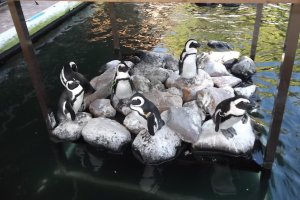 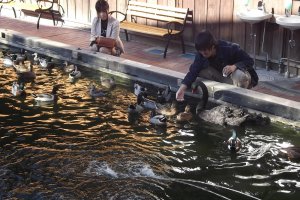 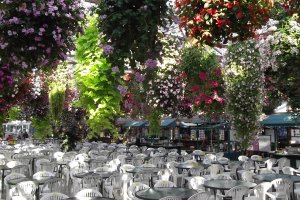 Elena Lisina 2 weeks ago
It's similar to Kobe Animal Kingdom that I enjoyed very much!
Reply Show all 0 replies

Iain Stanley 6 years ago
That place is for the birds!!
Reply Show all 0 replies
2 comments in total