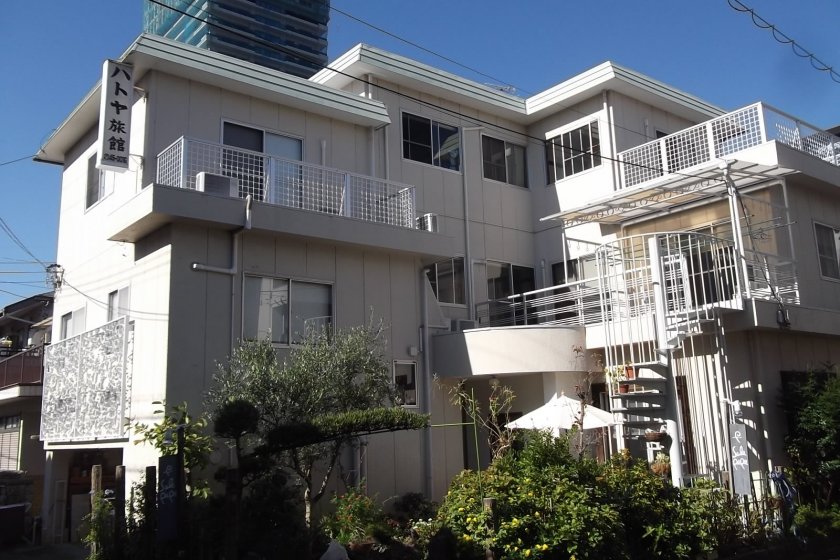 When I travel I often like to stay in the suburbs, to get a feel for the everyday life of an area, and for a quiet and (often) cheaper experience. In Kusanagi on the fringe of central Shizuoka, Ryokan Hatoya gave me all of this, and the chance to enjoy an old-school Japanese guesthouse.

All the rooms are Japanese style and simply furnished, with tatami mats on the floors, a TV, fridge and clothes rail, and no decoration other than a hanging scroll in an alcove. A quick nose around showed that most of the rooms seem to be standard six-tatami size, but I found one that was larger, with a bunch of kids' toys suggesting that it's intended for families.

My room was a little worn, with a couple of small stains and patches on the wall, but this was only a small quibble - at the price I was paying, just ¥4400 for the night, I wasn't going to complain. After I took an extra pillow from the well-stocked bedding cupboard I got a good, comfortable night's sleep, helped by the ryokan being set back from the main road and isolated from the little noise around the station.

The first floor doubles as an Italian restaurant, which confused me when I first arrived; I went in through the kitchen, surprising the friendly couple who run the place. There's a pleasant terrace out front, and some of the rooms have shared balconies where you can enjoy the morning sunshine.

None of the rooms are en-suite: there are some toilets and sinks (and extra fridges and microwaves) dotted around, and a single shared shower and bathroom on the first floor. This I visited in authentic ryokan style, wearing the enormous yukata robe provided in the room, then using their towel, which I found to be very effective despite the sightly odd texture.

Around the neighbouring pair of stations that serve the suburb there are a handful of restaurants, bars, cafes and shops, with a big Shizutetsu supermarket about five minutes' walk away. It's about fifteen or twenty minutes' walk to the forest shrine Kusanagi-jinja - longer if you stop off at the charming Reisenji temple on the way there or back - a little further to the Shizuoka Prefectural Art Museum, or about ten minutes on the train to the bright lights of Shizuoka City. Just make sure you're back by the 11:00pm curfew, or you're out all night. 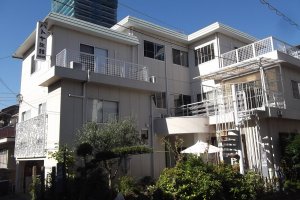 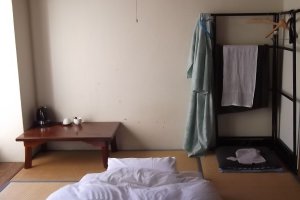 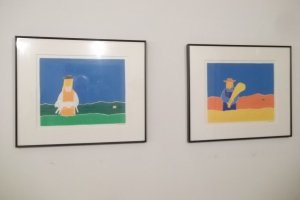 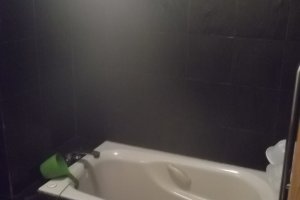 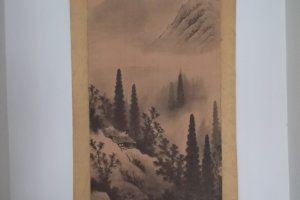 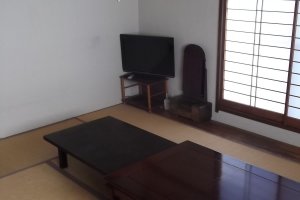