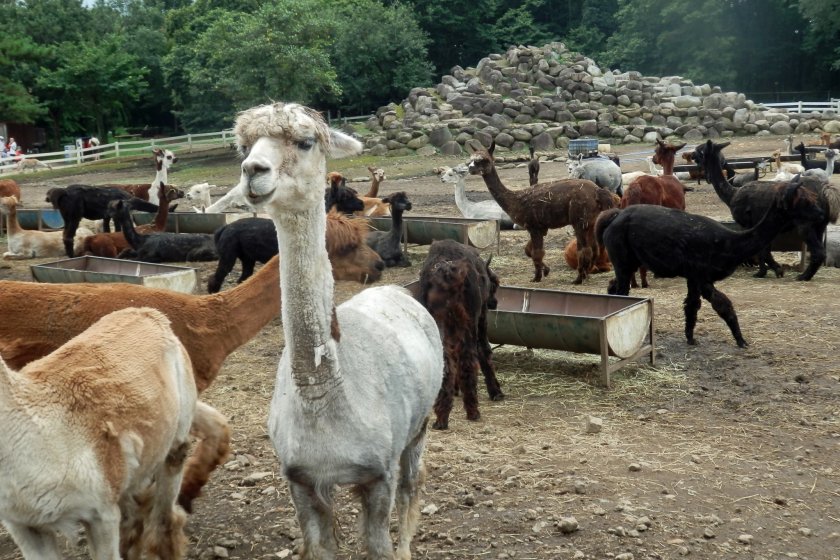 The Largest Alpaca Farm in Japan

Enjoy a day at this Alpaca farm in Nasu

Various kinds of alpacas can be observed

In 1999, 200 alpacas were brought to Japan on a chartered airplane from the Andes in Peru. As most Japanese people had been unfamiliar with this kind of animal with camel face, cow hoofs and muff hair, the owner of the farm considered deeply, then decided that the farm should be near Tokyo and its vicinity, and so this Nasu plateau in Tochigi Prefecture was chosen as the location for a new farm.

The plateau, about 1,000 meters above sea level, is surrounded by beautiful mountains, and its temperature decreases to 15 degrees below zero (C) in winter which is essential for these alpacas since they live above 3,000 to 5,000 meters in the Andes. Now, 15 years later, the farm stretches over the plateau for 25,000 ㎡ and the number of alpacas has doubled to 400. All male alpacas are separated from females in order to prevent mixture of species. They are tame in nature and can be fed food (that is sold in a plastic capsule for 100 yen) directly from your hand to them over the fence. They are friendly in general, but if they are teased, they'll spit on you. Be careful!

It is very hot in summer here in Japan and so their fur has to be sheared. It's not just a matter of cutting off their hair but sometimes letters or patterns are shorn into their fut for the entertainment of the visitors, like 'ア’ of アルパカ (alpaca) in Japanese letters.

There is a Peruvian guide, fluent in Japanese and full of fun, who showed us around the farm and explained all about alpaca and his country. There's another celebrity, a white and elegant alpaca named Hanako. She wears a cute hat and has a basket hanging from her neck and poses for photos with visitors. She has been to various Peruvian official events and has appeared on TV shows, too. You will never be bored with these loving alpacas, even if you spend a whole day there.

Now that alpacas have become familiar to Japanese, other new but small alpaca farms have been opened (especially after the 3-11 disaster in 2011) for instance in Yamakoshi Village in Niigata and Yatsugatake in Nagano Prefecture. 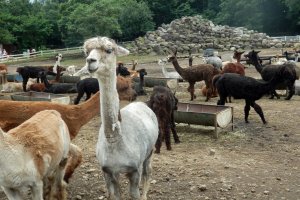 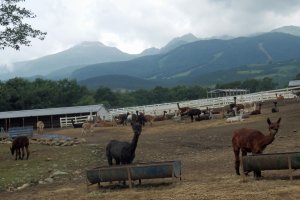 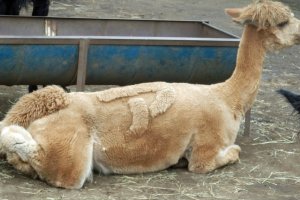 Kim 2 years ago
They're so cute!
Reply Show all 0 replies

Tom Hanaway 8 years ago
Congratulations on your first article! I thought the alpaca farm looked very interesting. And I loved the picture of the "ア" on the alpaca.
Reply Show all 0 replies

Justin Velgus 8 years ago
Wow! This article was fun to read. I can't help but daydream of all the alpaca cuteness waiting for us in Tochigi!!
Reply Show all 0 replies
3 comments in total