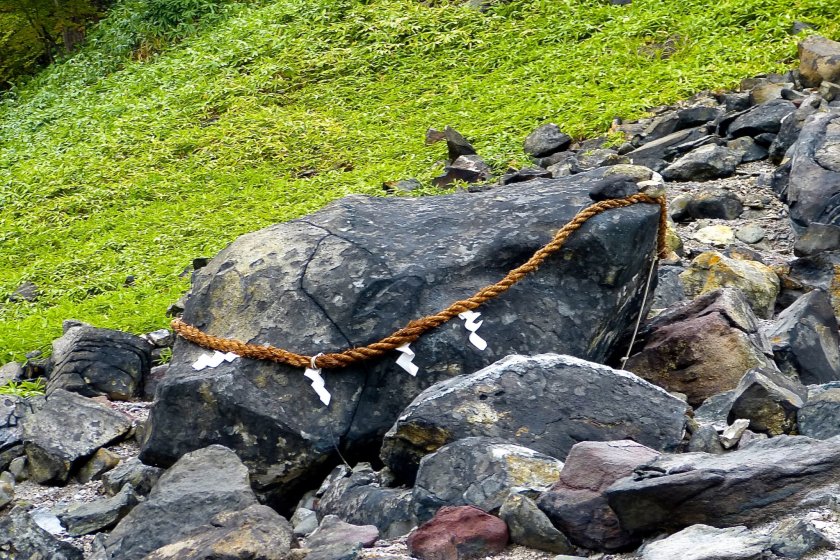 Sessho-seki Rock is a horrible and legendary rock located near a bleak, desolate track of land called “the dry riverbed of the Sanzu River” in the Nasu-yumoto Hot Spring area of Tochigi Prefecture.

The tale of Sessho-seki Rock has been adapted in a variety of ways as the subject matter of traditional Japanese entertainment such as Kabuki and other kinds of Japanese stage plays. They are almost always presented like the story below.

In China and India

In 1000 B.C. in China, the Emperor of the Yin Dynasty’s wife, the queen, was the embodiment of an evil fox. She tricked him into misruling his people, and as a result his government was overthrown. Then the fox moved to India, and became the first wife of the prince. She tempted him into beheading thousands of people. But one of his retainers unmasked her and she disappeared at once. In 753, the evil fox took the form of a young girl and sneaked onto a ship of Japanese envoys heading from Tang to Japan. The ship was the same one that high-ranking Priest Ganjin was on board.

After she landed in Japan, she waited quietly for 360 years. And then, she became an abandoned cute little baby and waited for someone to find her, help her, and raise her. And that happened soon. She grew up to become a woman with beauty, wit, and charm. When she was 18, she started to serve at the Imperial Court in ancient Kyoto and publicly identified herself as “Tamamo-no-Mae”. She approached Emperor Toba and gained his favor. He fell in love with her. After that, the Emperor suffered from sickness and his condition became worse and worse. No one could find out why the Emperor was suddenly sick. But a diviner, Abe Yasunari, eventually discovered her true nature and exposed her (the fox’s) plot to ruin the nation. They fought terribly hard and finally the fox showed her tails—she had nine—and escaped from Kyoto.

After some time, the rumor went around that the same nine-tailed fox was abducting young women and girls in the Nasu district. Upon hearing this, the Imperial Court sent an 80,000-strong army to Nasu. The fox put up a vicious fight, but the army finally cornered the fox in a dead-end alley. Then, one of the soldiers shot an arrow at the fox. The fox changed into the form of a giant rock and emitted strong poison. Any people and animals that went close to the rock were killed by its toxic gas. Soon no birds, no insects and no plants could live there.

Many priests tried to appease her anger but it had no effect on the poison. At last, Priest Genoh decided to fight with the rock. He purified his body and soul with a hot spring bath before the battle. Then he started to chant a special sutra and continued it fervently. In the end, Tamamo-no-Mae appeared out of a string of white smoke. And she gradually disappeared, and the rock broke into three parts. Two of them flew away and one of them stayed there. It still eliminates some toxic gas; even its power was weakened.

Sequel to the story

In spite of the heavy toxic gas emanating from Sessho-seki Rock for about 1000 years, people visit there to see it everyday. Their curiosity overcomes their fears. For example, in 1336, a young man named Kyoden came here with his friends.

If you plan to visit the Sessho-seki Rock, be sure to take a hot bath in Nasu-yumoto beforehand to purify your body and soul. Otherwise, you might fall into the nine-tailed fox’s evil trap! 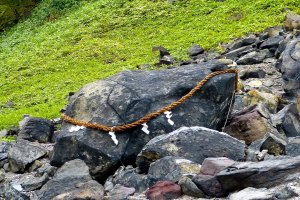 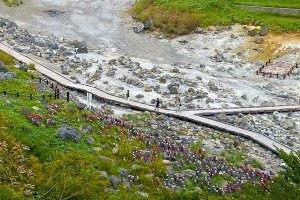 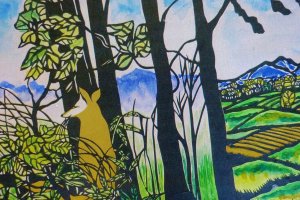 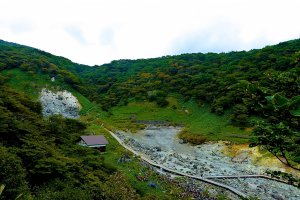 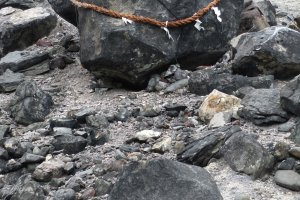 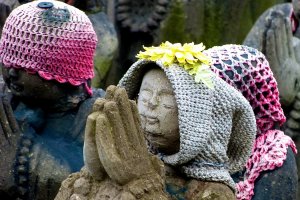