Calling it a day has never been this good

Planning a trip to Nikko? Have I got the place to stay for you. Situated on the banks of the beautiful Kurogawa River in the middle of the woods, the Zen Hostel’s environment alone will make calling it a day yet another thing to look forward to.

After rainy 2.5 hour train ride from Shinjuku, my group and I stepped off the train at Tobu Shimogoshiro Station where we were greeted by Zen Hostel’s Scout and his free shuttle. Lucky for us because it was pouring down rain. Scout drove us, through countryside that recalled to my mind scenes from My Neighbor Totoro, to the local store (where we were able to procure enough pork chops to have a BBQ party with every guest at the Zen), and then on to the Zen Hostel itself. The sound of the roaring Kurogawa, the rain heavy cloud deck capping the river gorge with a low ceiling, the narrow winding road, the chorus of frogs, the trees of the forest flush with spring’s freshest green, and no other buildings but the Zen, it set excitement bubbling in my stomach. Going on the tour of the Zen and seeing the rock garden-esque showers with big windows facing the river, the outdoor lounge with its rough log and stump stools and table tops, the unobstructed view of the river and forest from the wooden deck on the second floor, and the authentic tatami mat common room with its low, pine topped kotatsu tables, plush blankets and pillows, Japanese style paper covered lights, and murals on the sliding doors, it all turned the bubbling to an eruption. It was so exciting for everyone that what started as a, “Hey, how are you?” with the other guests turned into a Monopoly game and the kind of conversation that makes you feel you’ve known everyone for years. The only thing that paused the conversation was Scout offering to cook pizza for dinner.

“They’re ¥1000 each, and homemade using ingredients from the local farmer’s market,” Scout informed us. Scout’s pizza was among the best I’ve had in Japan, it’s not to be missed. Once the pizza was gone Scout wanted to know if we wanted French toast for breakfast.

“Included in the cost of your stay.” Scout’s recipes for French toast, pancakes and omelets are all excellent, and the full coffee and juice bar that comes along with breakfast completes the picture. It’s also over breakfast that Scout lends you his knowledge of the area and helps you plan your day. Then Scout piles you into the shuttle and drives you up to the World Heritage sites or to JR and Tobu Nikko Stations to catch the bus to other parts of Nikko. My group and I were able to fully enjoy the best temples in the World Heritage area, and a great hike on the Senjohara Plateau courtesy of Scout, his great advice and the free shuttle. Scout went above and beyond the regular call of duty again when he lent us his grill and gathered some wood for us so that we could cook the pork chops we’d bought on the first night. That turned into a BBQ party in the outdoor lounge that everyone was still talking about the next day. I cannot pay him high enough praise. I came to Nikko to hike, and take in the beauty, but the show was stolen by Scout and his awesome hostel.

A stay at the Zen costs between ¥4,000-¥5,000/person per night. It’s all Japanese style tatami rooms and it’s very comfortable. If you’re lucky enough to book into one of the riverside annexes then you’ll get to enjoy the sound of the Kurogawa singing you to sleep every night. The price of your stay includes the shuttle to the World Heritage Sites in Nikko, and to and from JR Fubasami Station or Tobu Shimogoshiro Station at the start and end of your stay or when you’ve returned from adventuring. The pancake, French toast or omelet breakfast (gotta stay 3-days or more for those awesome omelets) that’s also included is available anytime you need or want it between 5am and 11am.  There is also, of course, the usual Internet equipped computer and wi-fi that we’ve come to expect in this day and age. An “A+” or five stars is not enough to properly rate my experience. Go and appreciate it for yourself. Happy travels! 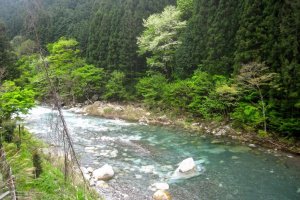 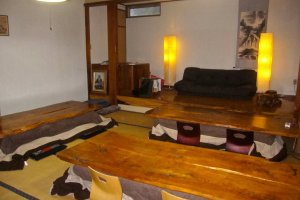 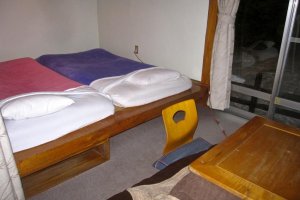 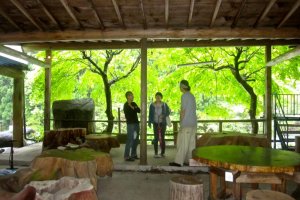 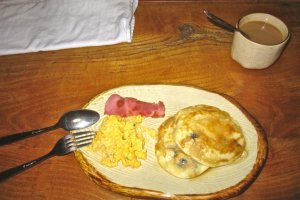 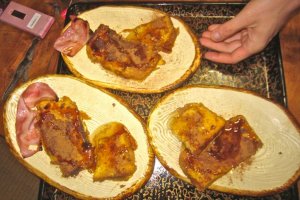 Anne Lauenroth 6 years ago
Oooh, this looks wonderful. It's quite a bit outside of Nikko, though, isn't it? If one wanted to combine a stay with the usual sightseeing, is it possible to walk/bike/take a bus etc. from the town to the hostel?
Reply Show all 0 replies

Kylie Plester 6 years ago
Scout sounds like an amazing hostel host to have. It's always great when places surprise you with just how awesome they are at a budget price.
Reply Show all 0 replies
2 comments in total