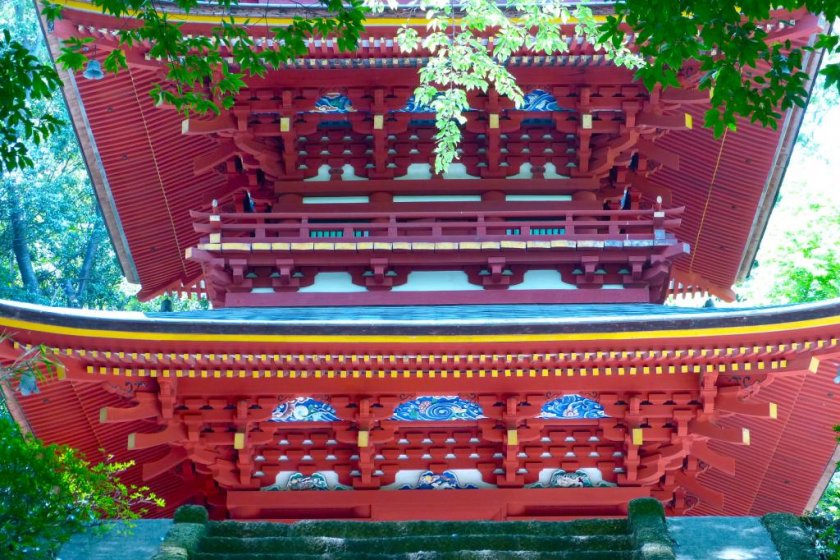 A sacred place on a boat-shaped rock cliff

Iwafune-san Rock looks like a boat left on the broad Kanto Plain. The rock itself has been deified and is worshiped as a god. It is considered to be the place where spirits get together and come back to the next world. The top of the rock has been a sacred place for more than 1200 years and Kosho-ji Temple has been a great support to people living in all over the Kanto district.

There are huge numbers of Jizo statues in this temple. People believe Jizo bless barren couples with children, help mothers with safe deliveries and bless the children with health—all through divine grace. The origin of these Jizo statues is based on the folklore described below.

The two guardian gods of Buddhism protect this red gate, just as they do in other temples. Although the carvings here are less refined than at larger more famous temples, the big red gate looks very powerful. After Nikko Tosho-gu Shrine was built, a lot of wooden buildings, statues and carvings were made in Tochigi. This might be the work of craftsmen somehow influenced by the Nikko project. It was built in 1742.

This beautiful 19-meter tower was built in 1751. In those days “Iwafune-bushi” (originally began at this temple as a prayer to Buddha while people are dancing) was quite popular among ordinary people all over the Kanto district. This custom lasted until 1941-42. And thanks to believer’s donations, this splendid Buddhist structure is here today. Even now the temple is thronged with people during the equinoctial week (in late March and September).

The highest point of the rock is 173 meters above sea level. The edges of this rocky mountain are all cliffs, with Jizo statues scattered around along the edges. The view from the top is very nice, as long as you don’t look down!

Priest Myogan, living in Daisen, Tottori, had a desire to meet a living Jizo (a Buddhist saint) and so, went on a trip to east Japan. He traveled and looked for Jizo, and eventually arrived at Iwafune. As dusk fell, he found a mountain hermitage in the middle of the rock, where a man called Igabo lived. Igabo kindly gave him a night’s lodging, and told him a living Jizo would come out on the top of the rock on the 18th and 24th of every month. The priest was happy to hear that and asked Igabo if he could stay at the hermitage for a while.

The next morning, Igabo left the hermitage and began to do the work. The priest Myogan followed Igabo secretly. But soon Myogan was given the slip. So, he went around the places where Igabo should have been helping. To his surprised, Igabo was working very hard at all the places he promised.

Igabo came back to the hermitage at night. Myogan thought Igabo must be exhausted from the hard work. But he said in a happy voice, “Let’s get up early and go to see a living Jizo tomorrow!”

Early in the morning, Myogan and Igabo scrambled up the rocky mountain and reached the summit. Just at that moment, the sun rose and birds chirped. Myogan sat on a rock and prayed wholeheartedly that a living Jizo would come. Finally, brilliant light was released from the sky and a Jizo appeared. Myogan felt supreme bliss for a while. When Myogan came to, he found himself alone. Myogan was so happy that he didn’t realize Igabo had left.

After that Myogan returned to his homeland. And the next year, he came back to Iwafune to see Igabo. But he couldn’t find the hermitage Igabo had lived in. He asked some villagers about Igabo, but no one knew about the hermitage or Igabo. He was sad. And then he went to the place the hermitage used to be, and found a stone Jizo statue there. Myogan looked at the Jizo statue carefully, and suddenly realized that the face of the Jizo was exactly the same as Igabo. Eventually, Myogan understood that the living Jizo was Igabo himself!

Myogan established a temple on the rock of Iwafune and enshrined the Jizo statue in 771. After that, Myogan protected the temple and did his best for the villagers, much as Igabo had. Since then, the number of Jizo statues has been increasing, due to the donation of believers. 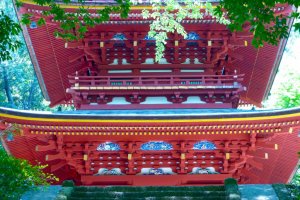 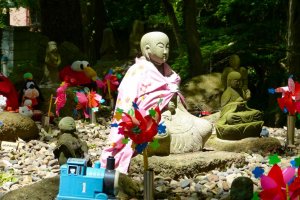 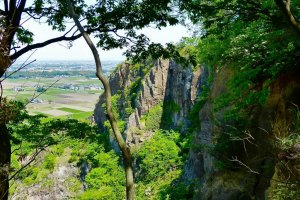 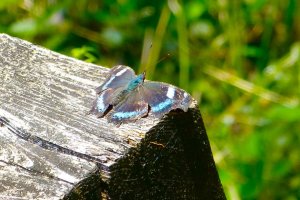 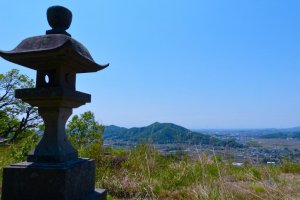 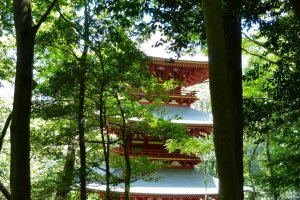