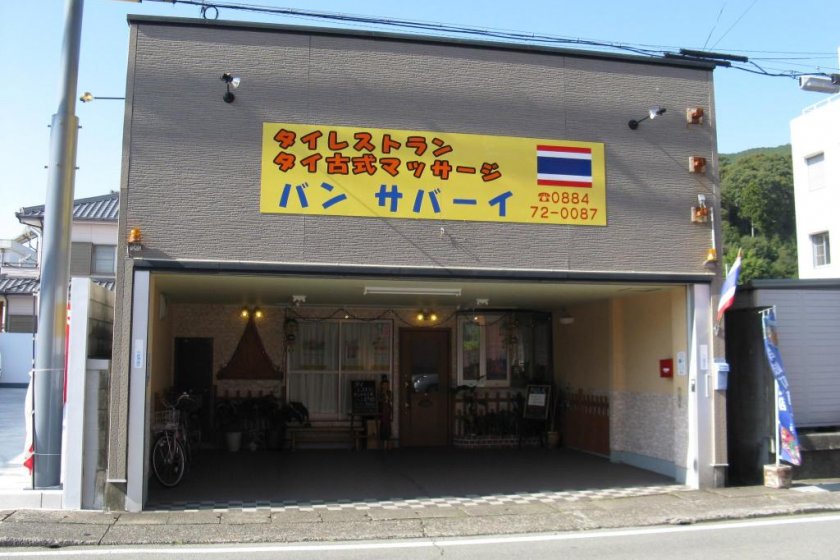 Ban Sabai! View from the road.

One of the hard things to find outside of Japan’s big cities is high quality ethnic cuisine. Luckily for those passing through southern Tokushima there is Ban Sabai (バン・サバーイ). Tucked away in the small town of Mugi this Thai Restaurant is a source of envy amongst many a foreigner living in Tokushima.

For those with a hankering for Thai, Ban Sabai has got you covered. Their extensive menu includes all the Thai staples: sour-spicy tom yum soup, fresh spring rolls, mouth watering pad-thai and delicious curries. Some of the dishes have been given a slight Japanese twist to suit local tastes but it’s as close to authentic Thai as you are going to find anywhere in rural Japan. Wash down your food with an imported Thai beer and round off the meal with a tasty dessert.

Dishes are reasonably priced ranging from around 500-1000yen and portions are generous. Their lunch special includes your choice of main, side dishes and a drink for just under 900yen. Those with limited Japanese don’t have to worry as the robust menu contains colour photos of just about all its dishes.

The only complaint that could be levelled against Ban Sabai is dishes tend to come out of the kitchen a bit slowly and sporadically. They can also have trouble catering to large groups with complicated orders. However the Thai and Japanese wait-staff are welcoming and friendly. And when the food does get to you it’s certainly delicious.

My personal recommendation would be the Tom-yum Ramen which combines the ubiquitous Thai soup with delicate noodles for a unique dish that I've never seen anywhere else. If you've got a sweet tooth then follow it up with the well priced and yummy Tapioca.

As an added bonus the restaurant also offers Thai massages. I have never personally had one but the option is there for those who'd like to give it a try.

Ban Sabai is as good as a Thai restaurant in rural Japan can be. The food is excellent and the service is friendly, if a little slow. Those undertaking the Shikoku 88-temple pilgrimage would be well advised to stop off at this great establishment.

I've been working as an ALT in Southern Tokushima since 2010. I have also spent a year living in Kyoto on study abroad. I'm originally from Sydney and have studied Japanese and International Relations at university. 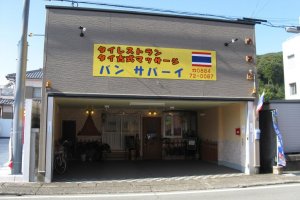 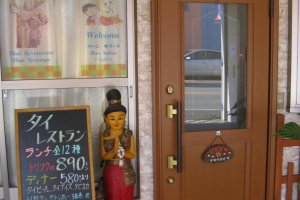 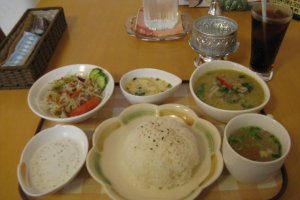