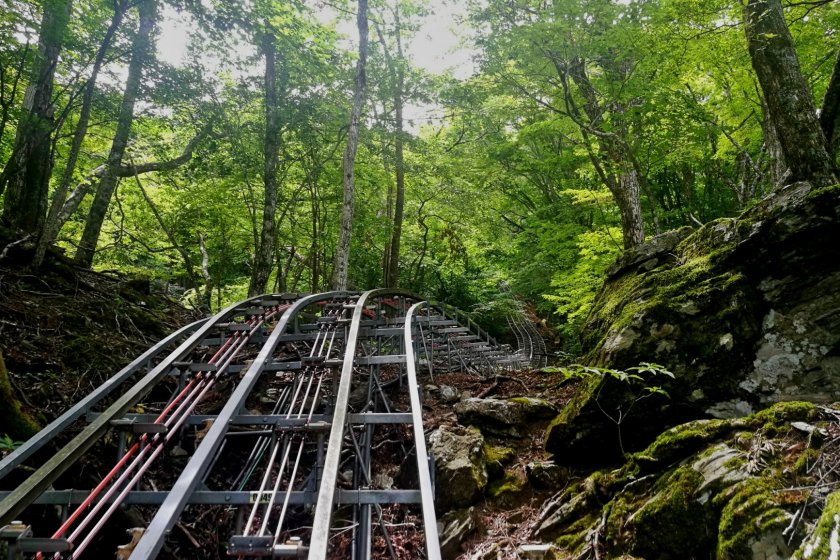 A unique tour through the forests of Iya Valley

In the Iya Valley on Shikoku lies the Oku Iya Monorail – the longest monorail in the world of its kind. This unique experience allows people to hike through the thick mountain forests without lifting a foot as they sit back and relax on a one-hour long automated journey accompanied by the lush nature.

Iya Valley is known as a remote area so a monorail in the middle of the forest might be the last thing you expect to find in a place famous for its natural environment. Nevertheless a 4.6 km. long monorail is located on a mountain site near the small town of Sugeoi where carts can replace your feet, as tracks act as a hiking trail. However, getting to the Oku Iya Monorail will take some walking if you arrive by bus since the nearest bus stop is located more than one kilometer away, and when you get there you might not even notice the entrance as it is hidden among a small village of sleeping huts belonging to a nearby onsen.

The Oku Iya Monorail is inactive when there are no costumers, meaning that the carts will be stationed at the entrance ready for you to board one. There are about a dozen carts available, so it is unlikely that they are all in service when you arrive. The carts are shaped like beetles, making the monorail look like a kid’s ride at an amusement park. However, each cart only has seats for two people, so if you are a family of three, then you will have to split up. Also, the carts are equipped with roofs so that you can enjoy the ride even in rainy weather.

As you are being buckled up by the staff they will guide you through the safety instructions – most likely in Japanese with the use of hand gestures since their English is very limited. This is basically what they are going to tell you: If you see any objects blocking the tracks push the emergency button in front of you immediately and the cart will stop. Call the staff using the walkie-talkie right next to you and then wait until they come to your aid. Of course, you are not allowed to leave the cart while in motion. During the ride you will notice a lot of surveillance cameras, so the staff can keep an eye on you. Besides being the longest monorail in the world Oku Iya Monorail is also the steepest as you sometimes ascent and descent at up to 40-degree angles. But no need to worry. The seats will automatically adjust to these kinds of changes during the entire ride.

At the beginning you might feel that you have boarded a roller coaster, but the speed will be steady from start to finish allowing you to enjoy the thrilling sight of hundreds and hundreds of tree trunks as you pass around them. You might even spot a deer or some squirrels. Since the monorail runs in a loop you will only be able to see other carts on the opposite track in the very beginning or near the end. On the rest of your journey you will be all alone in the forest giving you the opportunity to unwind your mind and enjoy the nature which is the main purpose of Oku Iya Monorail. Sometimes the beetle’s horn in front of you can be a visual pain thought, since its bright color stands as a contrast to the natural environment. Also the cart is a bit noisy making it impossible to enjoy the silence.

As you climb you will reach an altitude of 1380 m. (which also makes Oku Iya Monorail the highest located monorail in the world) and at this point you will shortly break free from the forest and catch a view of the surrounding landscape before descending back down the mountain. The entire ride takes about an hour.

Take a bus from either Ikeda or Oboke to Kubo where you change to another bus that will take you to Sugeoi. When you board the bus at Kubo the driver will ask you where you are going, and when you say Sugeoi he might already know that you are actually going to the monorail, so try saying “monoreeru” at first and see if he understands that. The driver might even point you at the right direction when you get off. You will have to cross a bridge, turn right and just follow the signs until you get to the village of sleeping huts. 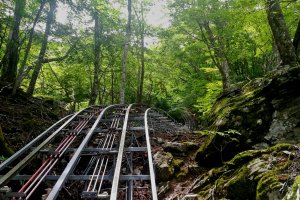 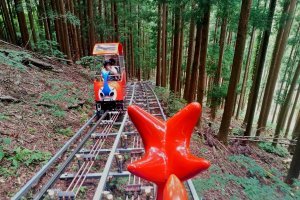 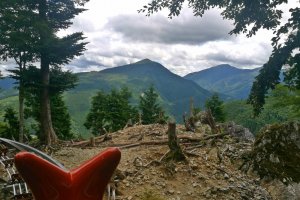 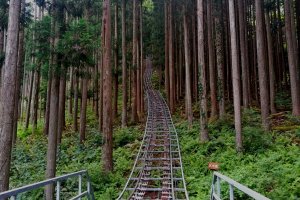 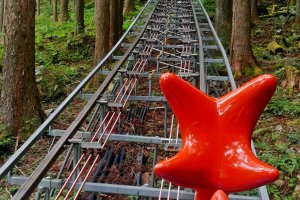 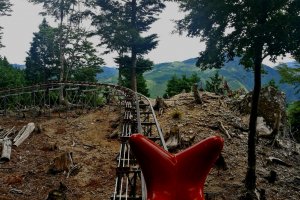 Han Nguyen 4 years ago
To be honest I would prefer hiking. Seeing that trees were cut to make way for the customers' view made me feel sad.
Reply Show all 0 replies

Kim 4 years ago
Never knew this existed - what a cool experience! Loved your pictures, it made it feel like I was along for the ride too!
Reply Show all 0 replies
2 comments in total