Japan's smallest island is perfect for a short getaway

As one of the top tourist destinations in the world, Japan welcomes over 25 million visitors annually; a total that is expected to grow to over 40 million with the 2020 Olympics steadily approaching. Despite the ever-increasing numbers, most tourists tend to flock to the same well-traveled locations; namely Tokyo, Kyoto, and Osaka. While these destinations remain popular for good reason, there are countless hidden gem locations throughout Japan that lie just off the beaten path.

One such spot often overlooked by visitors is the smallest of Japan’s four main islands, Shikoku. At just over an hour away from Tokyo by plane, it’s the perfect weekend getaway for nature lovers and foodies alike. Those looking for a more authentic Japanese experience should take a closer look at what two of the island’s prefectures, Tokushima and Kagawa, have to offer.

Our first stop takes us into Tokushima’s famed Iya Valley. Those making their first foray outside of Japan’s major cities may be surprised to see just how boundless and relatively untouched Japan’s countryside can be. Here, endless stretches of misty mountains and rivers of impossibly clear water stretch well beyond the horizon. In many ways, these rural locations serve as time capsules, preserving a snapshot of life in Japan before the widespread adoption of modern technology. Thatched roof houses separated by vast swathes of farmland are a common sight as you make your way along the Iya Valley’s winding mountain roads. Though beautiful throughout the year, Tokushima is perhaps best visited in autumn, when the hillsides are ablaze with fiery red and yellow foliage.

What to See in Tokushima

The Sea of Clouds

Early risers are treated to a spectacular event in the upper mountain roads as morning mist settles just below the crests of the hilltops, creating an ethereal, other-worldly display. As the sun begins to rise, the clouds are illuminated with pale golden light, making for a perfect photo opportunity. Whether or not you will be able to see the clouds is of course weather dependant, but as evident in the photo above, even under less than ideal conditions, you couldn’t ask for a much better place to watch the sunrise.

In the days before modern suspension bridges, thick vines were the material of choice when it came to constructing paths across riverways. Today, three such bridges remain in the Iya Valley, the most famous of which being Kazurabashi Bridge. Originally built by members of the Heike clan with the intention to be cut down quickly should they be followed by their enemies, it now stands as a reminder of the ingenuity of the early Japanese people. Today, the vines are replaced every three years as they begin to age and dry out, but thick steel cables also run beneath the surface to ensure the safety of visitors.

Located just a short walk away from Kazurabashi Bridge, Biwa Waterfall is the spot where according to local legends, Heike warriors used to sit and play the lute. Though perhaps not worth making the trip out solely to see it, the 50 meter high fall is a great addition to your plans should you already be visiting Kazurabashi Bridge.

High in the mountains of Iya Valley, perched atop a cliff known as Nana Magari, stands a tiny statue affectionately dubbed “The Peeing Boy”. Perhaps a distant cousin to the famous Manneken Pis in Brussels, this statue also depicts a young boy relieving himself; this time down a 200 meter drop into the valley below. Local stories say that boys used to come to this spot to prove their courage by doing exactly that. The statue itself may not be an artistic marvel, but in context with the surrounding views, it is a stunning sight that more than warrants a visit.

After viewing Iya Valley from above, get a change of perspective in the Oboke Gorge with a pleasure cruise along the Yoshino River. As of 2015, this site has been designated as a national natural treasure by the government of Japan. During the boat tour, a guide will teach you about the geology of the 200 million year old crystalline schist which lines the banks of the river. Those unable to speak Japanese need not worry, as a pre-recorded English version of the information is played during the return trip.

Where to Stay in Tokushima

In Japan’s more remote areas, ryokans are the lodging of choice for those looking to have an authentic Japanese experience. Hotel Hikyonoyu in Miyoshi is in an excellent location, central to many of Iya Valley’s biggest attractions, and offers guests the choice between Japanese and Western style rooms. In addition to offering traditional Japanese meals, guests can also relax in natural hot spring baths know as onsen. After a long day of sightseeing, soaking in a hot bath outdoors under the stars is the perfect way to unwind and prepare for the next day’s adventures.

What to Eat in Tokushima

Unlike the vast majority of Japan, Tokushima’s mountainous landscape means that rice is unable to grow well here. However, conditions are ideal for another important Japanese crop; buckwheat. Because of this, soba noodles have become one of the most popular foods in the prefecture. Iya Valley’s most famous soba comes from Experience Atelier Tsuzuki. Here, you can not only enjoy a delicious meal, but learn to make soba in the traditional method from the owner as well.

A variety of freshwater trout, amego is a local delicacy in the Tokushima area that can be found everywhere from fine dining restaurants to roadside stands. First salted and grilled over an open flame, the fish is served whole on a wooden skewer. At first glance, this dish might appear intimidating, but one bite in and you will soon find that the rich, salty flavor is reason enough to conquer your fears. For an extra kick, try it with a squeeze of sudachi; a citrus fruit native to Tokushima.

Another common sight at roadside stands, dekomawashi are wooden skewers of potato, tofu and konjac; a jelly-like food made from the corm of the konnyaku plant. These skewers are coated in miso paste and charred to perfection over a charcoal pit. It’s the perfect snack to warm you up on cold autumn days.

Japan’s smallest prefecture by landmass, Kagawa is home to numerous art exhibits, incredible waterfront views, and Japan’s largest collection of bonsai trees. More commonly known by its nickname, The Udon Prefecture, Kagawa welcomes traveling foodies from throughout Japan and beyond as they come to try the area’s world famous Sanuki udon noodles. Take a look at what Kagawa has to offer during your stay.

What to See in Kagawa

The centuries old tradition of kabuki is alive and well in Kagawa, where Japan’s oldest kabuki theater resides. Built in 1835, the theater still holds live performances for one month every year; typically in April. Throughout the rest of the year, visitors can take part in guided tours to learn about the theater’s history and get a rare backstage glimpse to better understand how these elaborate performances come together.

Dating back nearly 250 years, Kinryo Brewery has been producing sake in Shikoku since 1779. At the Kinryo Sake Museum in Kagawa, visitors can learn about the historical tools and methods once required for sake production. Be sure to visit the gift shop next door afterwards to take home your very own bottle.

More commonly referred to as Konpira-san by locals, Kotohira-gu is a Shinto shrine dating back to the 1st century. As part of Shikoku’s famous pilgrimage path, it is one stop along a trail of 88 shrines located throughout the region, often undertaken by adventurous hikers. The climb to Konpira’s main shrine is a hike in its own right, with 785 steps between it and the base of the mountain. Thankfully, there are dozens of shops along the way offering everything from snacks to collectible Kagawa souvenirs. The climb may be strenuous, but the views of the surrounding landscape from the top are well worth the effort.

For those in search of the quintessential udon experience while in Kagawa, look no further than Udon Taxi. Guests who sign up for their 1 to 2 hour service will be guided by their own personal chauffeur to some of Kagawa’s top udon restaurants. Before being allowed to work as a guide, drivers must first pass three separate exams to verify their comprehensive udon knowledge, so you can rest assured that you are learning the history of these legendary noodles from the best of the best. Depending on the length of your tour, drivers may take you to several of the area’s best udon shops where you indulge in various styles of Kagawa’s famous Sanuki udon. Be aware however, that your driver may have limited English ability. That be said, even if you can’t understand what the driver is saying, fear not; Sanuki udon is a culinary experience beyond words.

If simply eating Sanuki udon is not enough, at Nakano Udon School, visitors can learn to make these delightfully chewy noodles for themselves. Over the course of the one hour lesson, a trained udon master will take you through every step of the udon making process; from preparing the dough, to eating the finished product. Best of all, visitors can take home their handmade udon in special heat-sealed bags to be enjoyed later.

What to Eat in Kagawa

This goes without saying, but you can’t come to Kagawa without trying the Sanuki udon. It’s practically unavoidable given its popularity. However, their obsession with the freshness of the noodles means that most udon shops will close by early afternoon, so plan on eating it for breakfast or an early lunch. With your choice of toppings and hot or cold broth, it’s perfect for any time of year.

A specialty of Kagawa izakayas, Honetsuki Dori is bone-in chicken thigh, seasoned and slowly roasted to perfection. When ordering honetsuki dori, you will typically have the choice of oya-dori (adult chicken) or waka-dori (younger chicken). Oya-dori has a much richer flavor and firm texture, whereas waka-dori has more of the plump, juicy texture you would expect from roasted chicken. Regardless of which you choose, both go great with an ice cold beer.

Aside from its udon, Kagawa is also famous for being the only area of Japan where olives are grown. Given its geographic position, the weather conditions in Kagawa are very similar to that of the Mediterranean, making it possible for olives to grow and thrive here. In addition to selling whole olives and oils, cows in the area are also fed the olives, resulting in an incredibly rich, highly sought after beef.

Despite being just a short flight away, Shikoku feels worlds apart from sprawling urban jungle that is Tokyo. When you’re ready for a change of pace and scenery, Tokushima and Kagawa make for the perfect weekend escape. 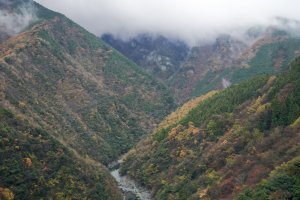 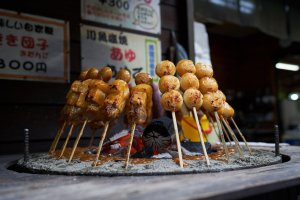 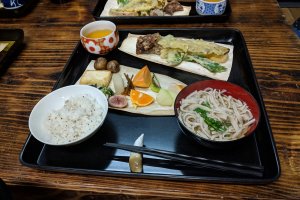 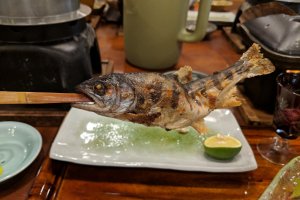 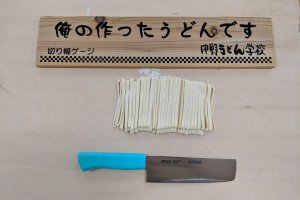 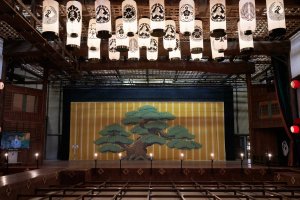