A special exhibition at Tokyo's Toguri Museum of Art

A special exhibition taking place at Tokyo's Toguri Museum of Art looks at various traditional shapes of Ko-Imari (literally 'old Imari') porcelain pieces. The event will showcase around 70 examples of Ko-Imari ware, including bottles, plates, and tea pots, with certain items dating back to the 17th Century.

Because Ko-Imari ware was seen as a practical product, many of the items on display have real-world use and application - although many would regard them as objectively beautiful, too!

The Toguri Museum of Art is located around ten minutes on foot from Shibuya Station, which is served by numerous lines including the JR Yamanote Line, the Tokyo Metro Ginza, Hanzomon, and Fukutoshin lines, the Tokyu Toyoku and Den-en-toshi lines, and the Keio Inokashira Line.

The museum does not have a dedicated parking lot, so utilizing public transport wherever possible is advised. 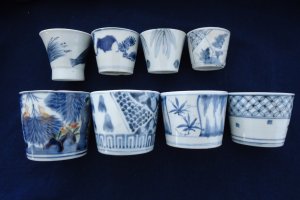 Kim Author 2 weeks ago
It's definitely one of the things that appeals to me about a host of Japanese crafts. Aesthetically pleasing, while being optimally functional. Best of both worlds!
Reply
2 comments in total