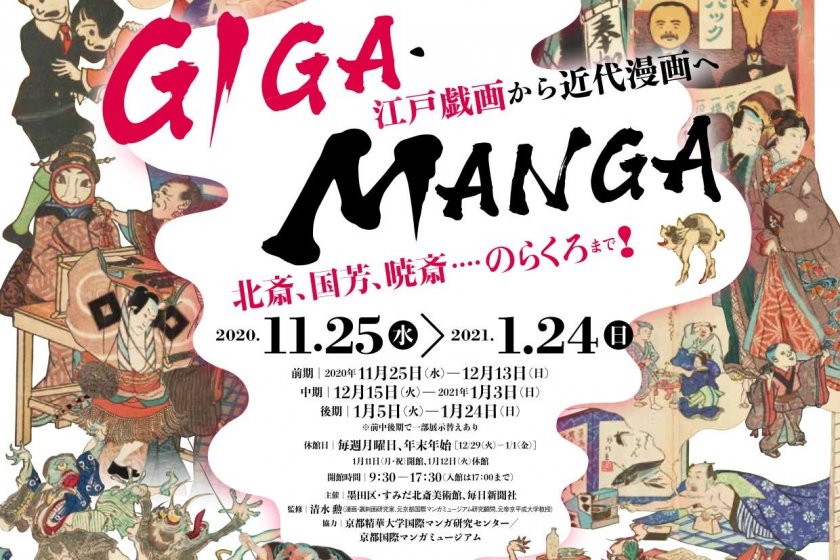 From Edo Caricatures to Modern Manga

A special exhibition taking place at the Sumida Hokusai Museum until January 24th looks at the origins of manga in Japan and how they have developed over time. The event will explore pieces like ukiyo-e prints, manga magazines from the Meiji and Taisho eras, caricatures in Japanese modern print media, and the explosion in popularity of children's manga during the Showa era.

Alternatively, bus services are available directly to the museum from Kinshicho Station, served by the JR Sobu Line. Head out of the station's North Exit, and take the Sumida loop bus for 5 minutes. There is a dedicated stop for the museum itself.

Find out more about The Sumida Hokusai Museum. 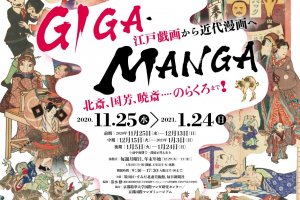 Sander van Werkhoven 5 months ago
Why are there so many interesting exhibitions now that we can't travel :-(

I've visited a somewhat similar (though limited to just ukiyo-e prints) exhibition last year at the Hokusai Museum in Obuse (Nagano-ken), that was very interesting. Would have loved to visit this one too!
Reply Show all 1 replies

Kim Author 5 months ago
It's hard, right now - but I am so encouraged by the fact that there are loads of exhibitions popping up. For a while, a lot of museums were closed, and special exhibitions were scrapped or postponed. Seeing them all start up again is a great sign to me!
Reply
2 comments in total