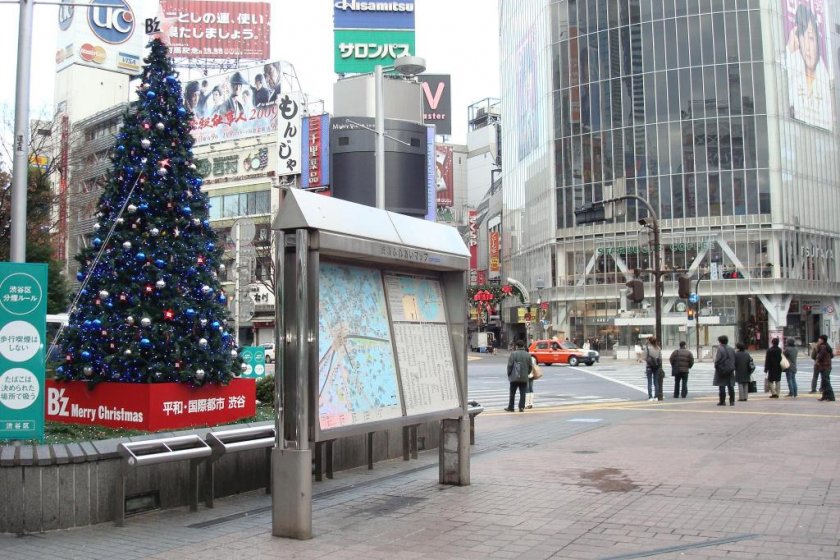 The best-known meeting place in Tokyo

Northeast side of the Square during Christmas.

Hachiko Square (sometimes called Hachiko Plaza) is perhaps the busiest and best-known meeting place in Tokyo. Named in honour of the famous statue of “Faithful Dog Hachiko” (忠犬ハチ公), it is fenced in by a department store, two train stations and the well-known Shibuya pedestrian scramble crossing that is said to be the busiest in the world.

This plaza is usually teeming with people, especially during the evenings and on weekends. Even though there are no benches to sit on and only a few metal railings to rest against, it is considered a prime people-watching spot and a very popular meeting place. Most people, locals and tourists alike, gravitate toward the statue, a bronzed Akita Inu, referred to as Hachi or Hachiko (sometimes Chuuken Hachiko, or “Faithful Hachiko"). The original statue was erected in 1934 to honour the dog, who met his master, Professor Ueno Hidesaburo, every day at the station after work. When Professor Ueno died in 1925 and did not return, Hachiko continued to wait for him daily for the next nine years, appearing exactly when the train was due.

Hachiko’s story gained attention, and his loyalty was renowned. He died of cancer and a filarial infection the year after the statue was unveiled, but his story has continued to be told and the 2.4 million people who use Shibuya Station pass by the bronze dog each day.

The Square has few features aside from Hachiko. The main Shibuya police box is to the south, adjacent to the JR Shibuya Station Hachiko Exit. Directly to the northeast is the famous scramble crossing that has been featured in many movies, such as Lost In Translation. A glass smoking area is near the statue. In the center of the square you’ll find an old-fashioned Setagaya Line train car that serves as a small museum.

Hachiko Square is vibrant at almost all hours, in all seasons. April 8th is the day to celebrate the faithful dog, if you wish to see the elaborate Chuuken Hachiko Matsuri (festival) held for him every spring. The rest of the year, sit on the railings by the statue and people-watch, or in the daytime, browse photos in the museum of Tokyo days gone by. The policemen in the box are happy to provide directions (the Japan Times once reported that they received up to 2,000 requests per directions per day, about one every 43 seconds) and keep the peace. Flower beds line the perimeter of the square behind Hachiko and the other fixtures also rest here, including area maps. At Christmas, there is often a business-sponsored tree among the flowers. However, rumor has it that the west side of the JR station will see renovations in the coming years, and as it has with station expansions in the past, the statue may move to another location and the face of Hachiko Square will change yet again.

So come, bring a coffee from the Starbucks across the street and your camera, and enjoy this very unique Tokyo experience while you can. Check out the plaque behind the statue for the full experience. Better yet, invite a friend to “meet you at Hachiko.” 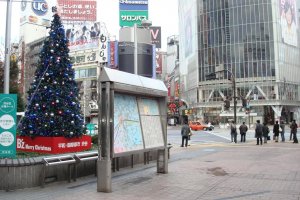 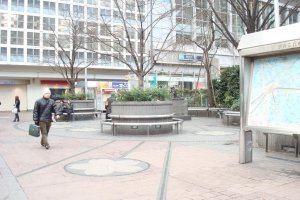 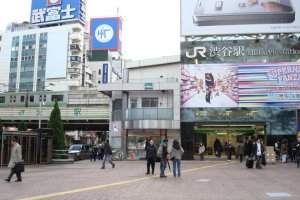 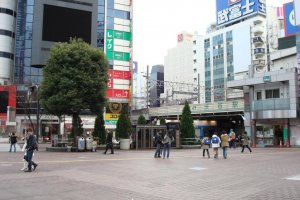 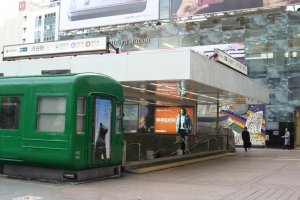 Novia Mardasari a year ago
Hachiko the famous statue, everyone want to take a pict with hachiko
Reply Show all 0 replies
1 comment in total