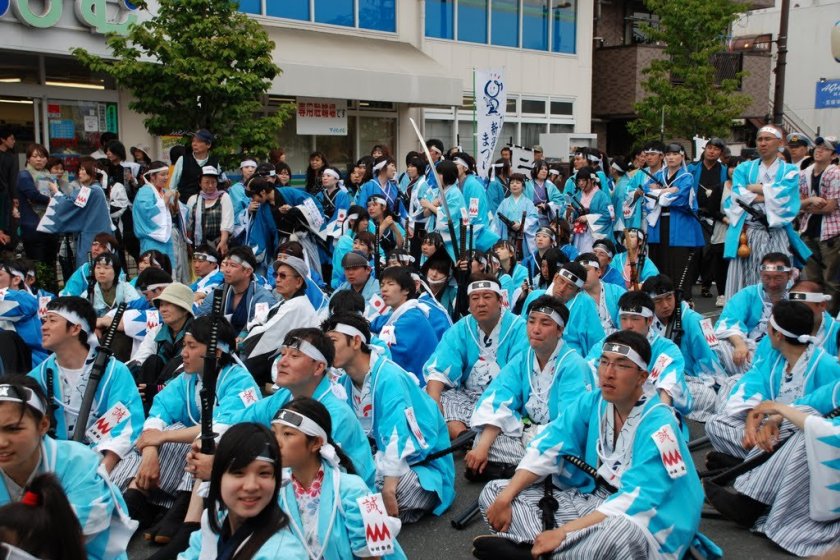 Festival in the hometown of the last Samurai

The Shinsengumi are well known samurais who were active in Kyoto during the Bakumatsu, the final years of the Tokugawa shogunate . However, the group that formed the Shinsengumi originally came from the city of Hino in Tokyo.

If they were once feared they now have many supporters who recognised their sense of honour in the last days of the Edo Period, before Japan embraced the ways of the Western world. For several years now, the city of Hino has celebrated these famous samurai, many of which were portrayed in movies, television drama, manga and video games.

During the festival, don't miss the exhibitions, performances or the parade of the Shinsengumi. With over 400 participants in the parade, many sporting its iconic light blue and white uniforms, it is an event that draws crowds from near and far. As long as you register beforehand, you can participate in the parade, which is held on the second weekend in May. 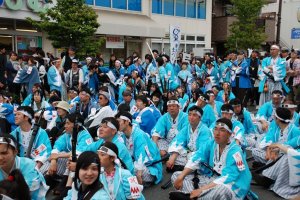