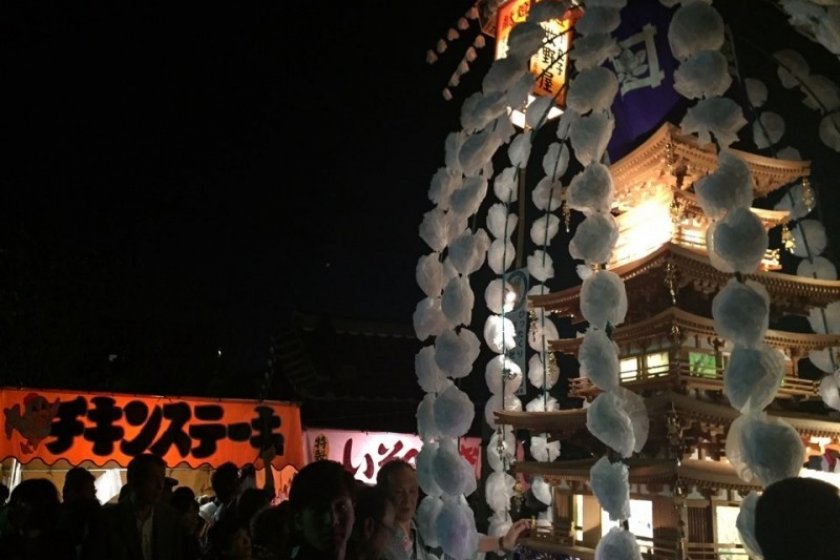 One of Tokyo’s most famous and memorable festivals

Ikegami Honmonji Oeshiki Festival is one of Tokyo’s most famous and memorable festivals, with a history dating back more than 730 years. The festival celebrates the anniversary of the death of famous Buddhist teacher and saint Nichiren.

Oeshiki celebrations to honor Nichiren, founder of the Nichiren sect of Buddhism, occur around Japan in mid-October, but the largest and most impressive takes place at Ota Ward’s Ikegami Honmonji Temple, where Nichiren passed away.

The highlight of the festival is held October 12th at 6pm, the actual date of Nichiren’s death. The event, known as “Mando rite” (mando meaning 10,000 lights), involves prades of people toting poles of cherry-blossom adorned lanterns on the two-kilometer route from Ikegami Station to the temple grounds. The huge floats are accompanied by matoi, Edo-era firemen, who provide music for the march on their flutes and drums.

Over 300,000 people usually attend the festival every year to enjoy the magical atmosphere, but for those who can’t be there in person, the event is also broadcast online. For those planning to witness the parade of lanterns, it’s advisable to come early in order to secure a good seat along the route.

During the festival, numerous food stands run by local residents serve up a variety of treats to the many visitors. Common festival foods include yakisoba, okonomiyaki, takoyaki, yakitori and more. Some events, such as catching gold fish, lotteries and fortune tellers, are held throughout the neighborhood. The concessions are open for the entire three-day event, and the lively atmosphere is a fantastic place to make friends and mingle in the brisk autumn air.

This article originally appeared on the Ota-City.com website and is republished with permission. 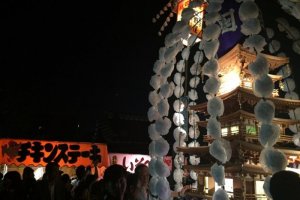 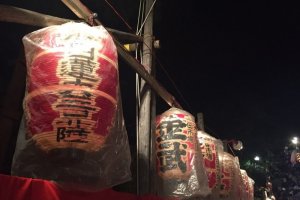 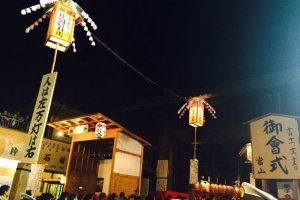 Lynda Hogan 2 years ago
So much choice in Tokyo in a regular year. Did it actually go ahead this year?
Reply Show all 0 replies
1 comment in total