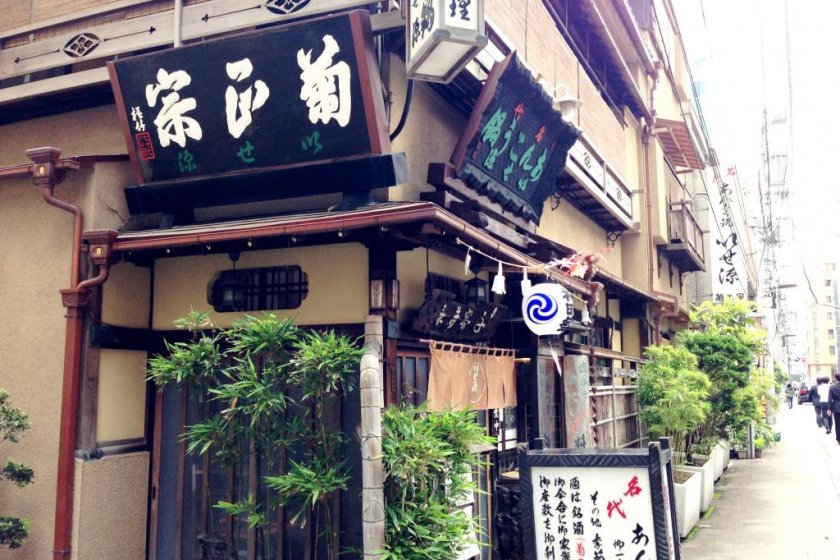 In a city blessed with so many Michelin quality restaurants, from Araki to Yoshitake, it can be difficult to stand out with a unique dining experience.

Isegen harks back to the days where dining is simpler, with local unadorned cuisine in a historic house that looks traditional but not dated. Its link to the past is unbroken for over 100 years, being in the same location that served the neighborhood when bento deliveries on bicycles were more commonplace. In some ways it reminded me of Honke Owariya, the 500 year old noodle house in Kyoto.

One could almost imagine the crowds thronging on the streets in the eighteenth century, peering in the windows and hoping for their spot on the Tatami mats. Being the food of the people, Monkfish was a favorite at a time when people couldn’t stop talking about food, especially in Tokyo where the aspiring merchant class demanded good quality cooking. In a time when vegetables rather than fish was the order of the day, Isegen held a special place in the Tokyo's hearts, where fish was the food of choice for an aspiring class in society.

On the other hand, monkfish is something that is straight out of a fantasy movie. A fish that looks like a monster lurking at the bottom of the ocean, it is known to eat crabs and even diving birds. The male monkfish lives as a parasite inside the female, and can weigh up to 115kg, though here they pick the softest younger specimens which are less than 20 kg.

At the same time, the monkfish has the firm texture of lobster and can be fried or steamed without losing its texture. During monkfish season in the winter months, they keep them the traditional way, in ice box refrigerators. They tell me that a monkfish is so soft and slippery they use the Tsurushigiri method to cut it, using a hook to hang the fish, after which they fill it with water and then cut it.

Chatting with their manager, I can tell they take their ingredients very seriously. The only serve the freshest seasonal fare, so being the off season for monkfish, I tried their bonito (snapjack tuna) set menu, showcasing bright red slices of Tataki Bonito, with a firm bite and a delicate texture—as good as the freshest eateries in Tsukiji. It was well matched with the Shiso leaf, purple seaweed and ginger garnish and a chrysanthemum flower that was surprisingly edible, and was almost too pretty to eat. One of my favorite experiences is the first taste of the miso soup, and this did not disappoint. Warm and cleansing, it was a great accompaniment to the fish and pickles. The unexpected delight for me was the yuzu jelly, with a sprinkling of citrus peel that added to the tangy yet light dessert.

In the tradition harking back to the last century, the cashier is hidden behind a screen. It was these little touches that take me back to another era. It is hard to believe that you are just minutes away from the electronic town of Akihabara. 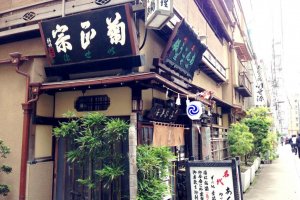 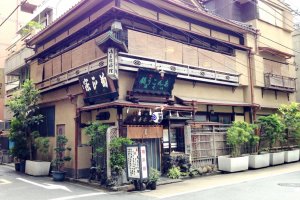 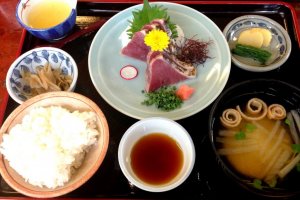 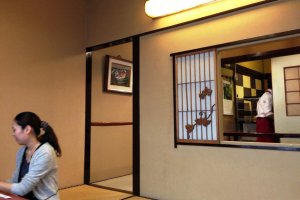 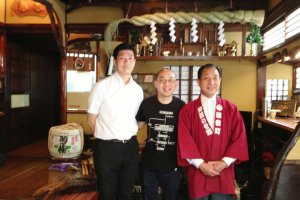 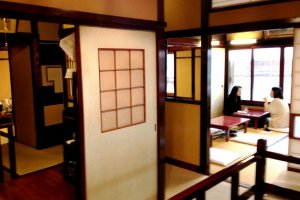