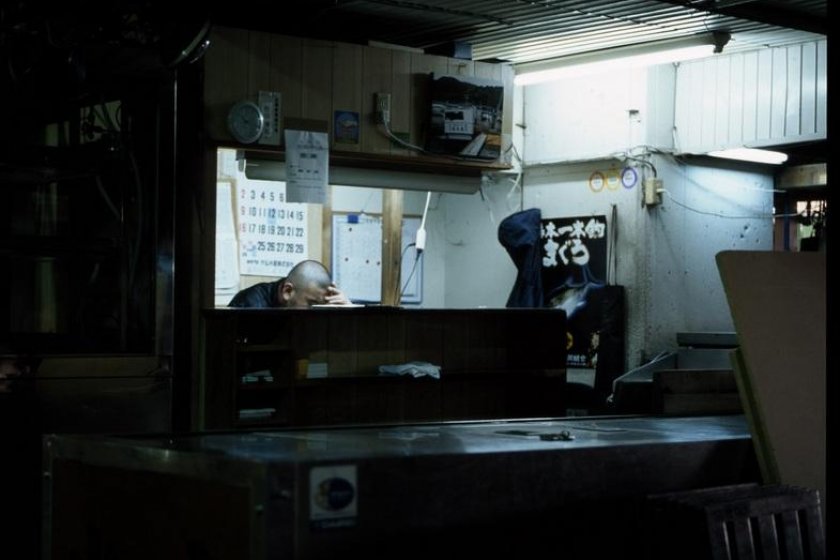 Find your way in the shadows after dark

It is a dark, windy night in March. The sun has set early and there is a chill is in the air, as a nippy gale from the port catches me by surprise. The shutters have come down and the lights have long been turned off at the Tsukiji fish markets, with signs swinging in the breeze. It is like the theater has closed, and all the performers and audience have gone home, only leaving the odd candy wrapper blowing in the breeze. But being in Japan, there is very little rubbish lying around, which adds to the feeling of emptiness.

It is hard to imagine that only a few hours earlier, the markets were filled with a chorus of activity, with fish auctioneers taking the crowd to fever pitch, and forklifts taking produce in every direction. It was hard to crisscross the markets with so much movement, like trying to cross the stream in the game of “Frogger”.

Being a sun loving creature, it was odd to be in Tsukiji at night. Normally these are signs for me to make a hasty exit, but at the same time, the departure of the day trippers gives the locals the opportunity to come out and be themselves without being photographed by a pack of cameras.

Only two blocks from the fish auctions is a neighborhood filled with sushi and sashimi restaurants. Alleyway after alleyway, there are rows and rows of tiny family run shop houses. More suited to the hard working men and women of the port, the decor is simple and unadorned, a throwback to the slightly retro world of the 1970s. Brown jackets, weird gangster cut hairstyles and Datsuns that resemble motorized rice crackers come to mind. There are no ceiling to floor windows here, not much in the way of chic window displays, and no immaculately dressed sales staff inviting you to come in. It is very much a “take it or leave it” kind of place, a different world to the model catwalks of glitzy Ginza just two stops away.

While there are a few dozen excellent restaurants here, many are closed at night. On the recommendation of the local innkeeper, we head into the Sushi Tei Honten. The warm glow behind the frosted windows and the animated crowd draws you in, and you can feel everyone is enjoying themselves, between the casual banter and the quiet silence of appreciation as they savor each bite of the freshly caught fish from that day.

We pull up at the end of the sushi counter and have ring side seats to the theater that is about to begin. The chef sharpens his long knives with a clang and with a mixture of intense concentration and a studied response to the customers' question; he begins to craft edible sculptures of sashimi tuna, crab, and various kinds of fish that we had not heard of since our visit to the aquarium.

There are 80 million fish landing in Japan every day, with Tsukiji taking the lion’s share. The rest lands in the other markets along the Pacific Ocean, the key one being Uonotona near Kobe. If you are on the north west coast, the Akita markets are also a buzz of activity. Japanese eat more fish in the world than anyone else, and so what better place to try fresh fish than at Tsukiji.

Color is the essence of life, from the deep fleshy pink of the salmon belly and the shiny white squid, to the luscious pink of the tuna. The colors awaken your eyes and your appetite, and you can tell you are going to have a great meal today at the Sushi Tei Honten restaurant, with a tradition of great sushi for several generations.

The next thing I hear is the sound of chopping on wood, as the herbs and shallot dressing is being prepared for the soup. Green and almost slimy looking, the seaweed soup doesn’t win any beauty contests, despite its fresh and healthy hue.

If you close eyes and take a sip, you will find your tense body instantly released by the warm, soothing flavor of the soup. It is like stepping into a warm bath after a long cold day. At once my thoughts are not of the dark, foreboding wind outside, but the comfort of being surrounded by warm water in a cozy neighborhood eatery inside. It is a parallel universe to the Tsukiji that most tourists see during the day. For those who would prefer dining elsewhere, there are outlets throughout Japan, but probably none as fresh as the Tsukiji Honten. 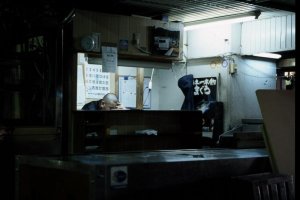 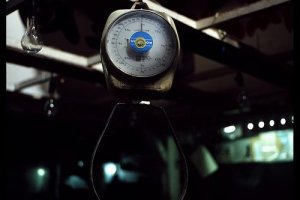 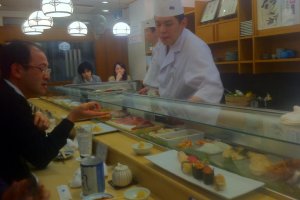 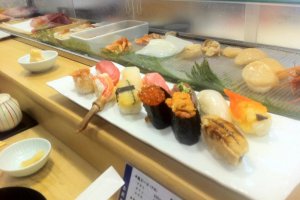 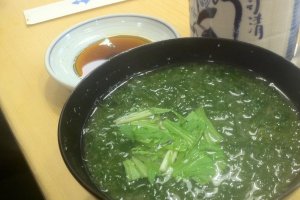 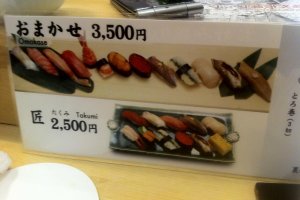 Bonson Lam Author 5 years ago
Now is the best time to visit Tsukiji and take in its working town atmosphere.
Reply Show all 0 replies

Trifina Leang 5 years ago
Very good article! Really enjoy reading it. Great photos as well! Thanks Bonson! I have lots to catch up ;-)
Reply Show all 0 replies
4 comments in total