Lost in the Digital World

A visit to the TeamLab Borderless Museum

For the younger generation, the virtual world is a reality created by computers, games and TV. There is no way to deny it. Myself, I prefer handmade crafts, but was intrigued by the reports about a rather new museum of digital art in Tokyo - TeamLab Borderless.

It was easy to purchase a ticket from their official website and easy to find the building where I found a very long line of people desiring to visit it too. The line snaked its way far downstairs and then up to the entrance, so it took about an hour before I could get in. At the entrance the staff warned us about the darkness inside, the uneven floors and the mirrors, asking us to be careful.

Finally inside I was impressed and charmed by the bright images of flowers and moving curved lines that created or, perhaps, broke the spaces. Some doors were ‘masked’ by dark curtains and I could find them only following other people. There were also long lines to some rooms that I left for later.

The room with crystals was amazing, especially after being in the dark when it suddenly turned sparkling light with running flash lights showering down on us like a rain of light. Another room was pitch black with thousands of transparent panels that pictured faint images of shamans in time to mysterious music.

The mirror walls made the space appear borderless. I tried taking a photo but my camera was ‘lost’ and wouldn’t take the shot. Facing one niche I watched an intensive speed show that made me feel sick - the space around me transformed so quickly that my head couldn’t follow it!

I knew there were other rooms and tried to find them when eventually I came across a room of flat ‘plates’ with images running over them - that was fascinating. Full of impressions and emotions I felt as if I didn’t want to wait in anymore lines and having already spent a few hours in the museum I decided to leave and there started a real challenge - I followed the arrows pointing to the exit but repeatedly ended up in either a crystal room or the dark shaman room. I asked the staff for help and they showed me directions, but I ended up in the same places!

To be honest, I had felt a sense of panic after making another round and again finding no exit.I don't recall how I finally managed to find the exit but I was happy to return to the material world, surrounded by smiling people! 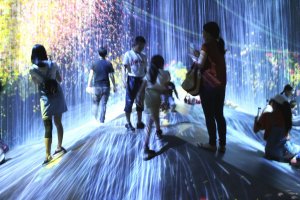 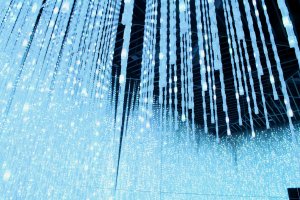 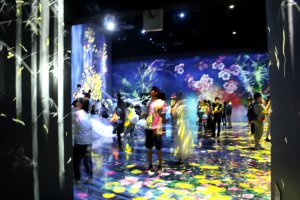 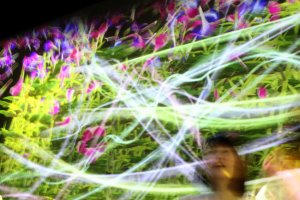 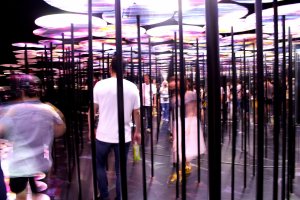 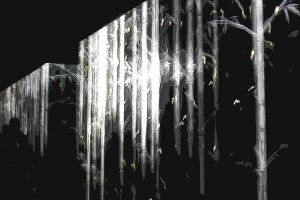